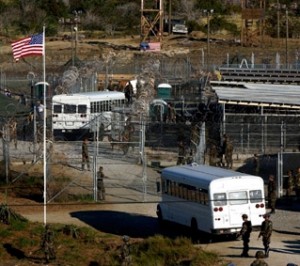 All over the United States, school children are being taken out of their classrooms, put on buses and sent to “alternate locations” during terror drills.  These exercises are often called “evacuation drills” or “relocation drills” and they are more than a little disturbing.  Sometimes parents are notified in advance where the kids are being taken and sometimes they are only told that the children are being taken to an “undisclosed location”.  In the years since 9/11 and the Columbine school shootings, there has been a concerted effort to make school emergency drills much more “realistic” and much more intense.    Unfortunately, the fact that many of these drills are deeply traumatizing many children does not seem to bother too many people.  Do we really need to have “active shooter” drills where men point guns at our kids and fire blanks at them?  Do we really need to have “relocation drills” where kids are rapidly herded on to buses and told that they must surrender their cell phones because they will not be allowed to call anyone?  Our schools more closely resemble prison camps every single day, and it is our children that are suffering because of it.

Earlier today I was doing some research and I came across a forum where a parent was describing a relocation drill that would soon be happening at a school in Oklahoma.  Well, I went to public schools all my life and nothing like this ever happened when I was growing up, so I wanted to do a little digging to see if this was actually happening around the country or if it was just an Internet rumor.

Unfortunately, what I found out was quite disturbing.

It turns out that “relocation drills” are being conducted at schools from coast to coast.

For example, the following is an excerpt from a letter to parents about a relocation drill that took place in Woodhaven, Michigan….

Our school district continues to focus on the safety of staff, students, and our community. We have a detailed emergency plan so we can respond effectively to major catastrophes. We work closely with the fire and police departments from the City of Woodhaven and Brownstown Township to implement this plan. As part of these efforts, we are conducting a practice emergency drill on May 19th. It will begin at about 9:20 a.m. and conclude by 11:30 a.m. This practice drill will simulate a boiler explosion at Patrick Henry Middle School. We will evacuate all staff and students from PHMS, Erving Elementary School, and the Administration Building.

As part of the drill, we will pretend that some students and staff are injured. Pretend victims will be assessed and transported to nearby triage centers. Please be aware that Hall Road and Van Horn Road may be closed to traffic for all or part of this drill. There will be a number of emergency vehicles at PHMS and Erving Elementary School during the drill. Your cooperation is necessary for this practice drill to be successful. During drills and emergencies like the one we are planning:

• Please do not telephone the school. Telephone lines are needed for drill emergency communications.
• Impress upon your children the need to follow directions and take drills seriously.
• During an evacuation drill or a real emergency, students will be kept at their school or will be evacuated to another site. They will be released only to adults listed on their emergency contact form. Any adult picking up a student (reunification) will be required to show picture identification.
• Students and parents should not communicate by cell phones during the drill or emergency situation. Students need to be attentive to the instructions from school and safety personnel.

But at least in that drill parents knew where their children would be taken.

That was not the case during a recent relocation drill in Coeur d’Alene, Idaho….

Students at Lakeside School District walked out of their schools this morning to prepare for the worst case scenario. They were transferred by bus to an off-site location in less than a hour. But it was only a drill.

Their Bus Evacuation Drill started at 9 a.m. and students were transferred to their undisclosed emergency location and returned back to school.

“As you might expect, student safety is our first priority and security is tight even during a practice,” Karyn Stockdale, district clerk, said.

It was later revealed they were bussed to Benewah Wellness Center as their acting evacuation shelter.

It was “later revealed” where the “undisclosed emergency location” was?

I am sure a whole bunch of parents were thrilled when they heard about that.

What purpose is served by herding kids on to a bus and taking them to an undisclosed location?

For example, check out the tone in the following excerpt from a school newsletter from one school in Pennsylvania….

“As mentioned in a separate letter in our CB Electronic Envelope last Wednesday, our school will be involved in an Off-Site Relocation Drill. This practice opportunity will sharpen our skills and provide us with the chance to review important safety procedures in the event of an emergency. This Relocation Drill is scheduled for Friday, December 16, 2011. Here are some very important reminders for all parents and families:

In every classroom, teachers will prepare students for this activity. To ensure that every child and adult arrives safely to the relocation site, no child will be released for any reason during this practice activity or real emergency. All parents are asked to review the detailed letter explaining the official steps for such drills and practice activities.”

No child will be released for any reason?

What if there is a family emergency?

What if a child becomes very ill?

Our schools are becoming way too militarized.  It really is quite frightening to see what is happening to us.

It takes a lot of effort to pack up all of the students and all of the staff at a school and ship them off to an alternate location.

The following is another example from one school in Iowa….

The second drill is planned for Thursday at 9:15 a.m. During the second drill officials will simulate a relocation of the entire EE-12 student body and staff by school buses.

For some schools, this kind of a drill has now become a regularly scheduled yearly activity.

The following is from a school handbook in Vermont….

Lockdown drills are practiced several times a year. In a Lockdown students remain quiet and undetectable behind a locked door. Students prepare for these drills and are supported by their teachers. Saint Albans City School practices, at least once a year, an emergency evacuation/relocation drill where we leave the school building and go to alternate sites.

Keep in mind that it says “at least once a year”.  That means that it could happen even more frequently if they want it to.

Some schools even have plans for students to be “housed temporarily” at alternative locations.  The following is from a school website in California….

Evacuation Plan: Requires that all building occupants leave and go to an alternate location. Evacuation may mean only going outside and away from the building until an all-clear signal is given. In some circumstances, students and staff may need to be transported and housed temporarily in another location until the Go-Home Plan can be put into operation.

In some instances, parents are encouraged not to pick their children up at all in the event of a major emergency.  The following is from an article in the Washington Post….

School administrators in the Washington area yesterday stepped up preparations for possible terrorism, and most school districts told parents that they would be prevented, or strongly discouraged, from picking up their children in the event of a biological or chemical attack.

So what measures would be taken to keep parents from getting to their children?

But these “relocation drills” are not the only kind of drills that parents need to be aware of.

In many areas of the country, schools are holding “active shooter” drills where men in full military gear are pointing guns at children and firing blank rounds.

The following is one recent example that happened in Brecksville, Ohio….

The emergency drill at Brecksville-Broadview Heights High involved hundreds of students, including members of the Drama Club who portrayed wounded and panicked students.

Junior Ashley Elek said Chardon High School was on their minds as they went through the very realistic looking drill, in which many students were “killed” and “wounded.”

Sometimes teachers do not even know that an “active shooter” drill is coming.  When that happens, the results can be incredibly traumatic.

Just check out the following example from New Jersey….

Why would we ever want to put our children through that?

I think that some of these twisted sickos actually enjoy the thought of making little kids pee their pants.

In some cases, children are told during these “exercises” that a particular group of Americans is attacking the school.

For example, during a terror drill at a public school in Muskegon County, Michigan, students and teachers were told that “homeschoolers” were the ones attacking them….

“The exercise will simulate an attack by a fictitious radical group called Wackos Against Schools and Education who believe everyone should be homeschooled. Under the scenario, a bomb is placed on the bus and is detonated while the bus is traveling on Durham, causing the bus to land on its side and fill with smoke.”

In another case in New Jersey, students were told that the gunmen were from a group of “fundamentalist Christians” called “The New Crusaders”….

“Investigators described them as members of a right-wing fundamentalist group called the ‘New Crusaders’ who don’t believe in separation of church and state. The mock gunmen went to the school seeking justice because the daughter of one had been expelled for praying before class.”

Sadly, those running things keep wanting to make these kinds of drills as frequent as possible.

In New Jersey, new guidelines require that a “security drill” be held at public schools at least once a month.

As you can see from this document, an “evacuation to relocation site” drill is one of the kinds of drills that can be chosen to satisfy this requirement in New Jersey….

The following are examples of other security drills that schools can hold:

When I was growing up, there was just one kind of emergency exercise.  When the fire alarm sounded, we all trudged out to the football field.  We stood around and talked for a few minutes and then we went back inside.

But the environment in U.S. public schools today is totally different.  Our children are being forced to endure endless “relocation drills”, “lockdown drills” and “active shooter drills”.

These drills are just another reason why many parents have decided that it is time to pull their kids out of the government schools entirely.

Our public schools more closely resemble prison camps than they do institutions of learning.  Millions of our kids are leaving high school dumb as a rock, but they do know what to do when the alarm goes off.

So what do you think about these drills?  Please feel free to post a comment with your opinion below….

The following is video of a relocation drill in Oklahoma that just happened…. 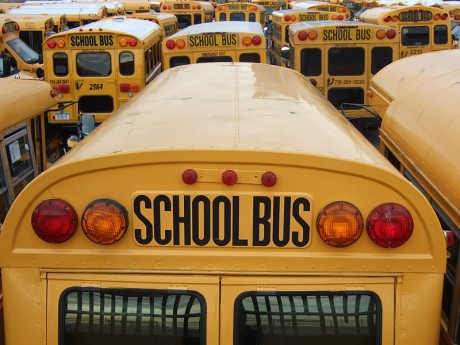