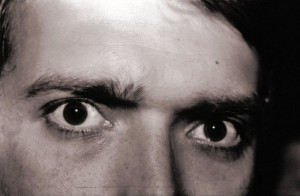 Do you remember when America was a place where you could attend a public gathering without having to worry if a sociopath was going to set off a bomb or start wildly shooting people?  Do you remember when America was a place where you could walk down the street without having to worry that a vicious pack of teens might attack you for no reason whatsoever?  Do you remember when America was a place where you could leave your car unlocked, your house unlocked and your garage open without having to worry about thieves?  Well, only old timers are likely to remember a time when you could leave your front door unlocked, but it was once like that in America.  Over the past 50 years America has fundamentally changed.  Once upon a time you could trust just about everybody, but these days it is difficult to find anyone that you can truly trust.  We are literally surrounded by psychopaths and sociopaths as we approach the edge of societal collapse.  The truly frightening thing is that we are watching society break down rapidly even though economic conditions are still relatively good.  If this is how bad things are right now, what are they going to look like after the economy collapses and people become really desperate?

I was enjoying a peaceful morning today until I came across this headline: “7 dead, including shooter, at Wisconsin Sikh temple“.

What kind of a person does such a thing?

So far there does not appear to be any motive for the shooting.  These were people that were just peacefully gathering at a Sikh Temple in Oak Creek, Wisconsin on Sunday morning.  They weren’t bothering anyone.

But some very twisted individual decided to walk in there and start randomly shooting people.

The mainstream media is describing the shooter as “a white male in his 30s“.

By the time it was all over, seven people (including the shooter) ended up dead and three others were wounded.

Of course the mainstream media is going to use examples such as these as reasons why we need to ban guns.  But as I wrote about the other day, the truth is that guns actually help prevent crime.  U.S. cities with the strictest gun control laws also have some of the highest rates of gun violence.  The criminals are always going to be able to get guns.

However, when it comes to mass murder there is a common thread among the major cases that we have seen in recent years that has nothing to do with guns at all.

The mainstream media does not talk about it, but the truth is that mass murderers are almost always found to be on legal drugs of one kind or another.

Many of these drugs can cause otherwise “normal” people to become raging psychopaths.  But the mainstream media is not going to talk about this because the drug companies spend billions of dollars advertising on their networks.

Other times it is illegal drugs that are causing people to go crazy.  Just check out what happened in Detroit the other day….

A 17-year-old boy was arrested after police found him lying completely naked in the middle of a street while apparently high on LSD. Police said the boy also jumped on the hood of their patrol car and broke out the windshield with his fists.

Even when they are not on drugs, the young people of America just seem to be getting wilder and wilder.  Recently I wrote about all of the flash mob crimes that we are seeing all over the country.  Groups of young people are banding together and invading retail stores for some “organized looting”.  These young people seem to have absolutely no concern for how their actions will affect the people that they are stealing from.

It seems like hearts are going cold all over the United States.  Psychology has all kinds of fancy names for this, but on a very basic level our empathy for others is rapidly disappearing.

According to dictionary.com, a psychopath is “a person with a psychopathic personality, which manifests as amoral and antisocial behavior, lack of ability to love or establish meaningful personal relationships, extreme egocentricity, failure to learn from experience, etc.”

Doesn’t that sound like a lot of people out there on the streets of America today?

Sadly, this even includes those that are considered to be among “the elite”.

For example, it is has been estimated that one out of every ten Wall Street employees is a psychopath.

According to dictionary.com, a sociopath is “a person with a psychopathic personality whose behavior is antisocial, often criminal, and who lacks a sense of moral responsibility or social conscience.”

Often sociopaths will do things to other people or to animals without any concern for the pain they are causing.

In a previous article I wrote about a man that recently bit the lips off of a kitten.  This would be one example of a sociopath.

It has been estimated that there are 12 million sociopaths in the United States today.

That is only a small percentage of the population, but you never know who they are.

Once the percentage of crazy people becomes high enough in a community, it becomes very difficult to trust anyone.

Meanwhile, many of our greatest cities are degenerating into crime-infested war zones.  The city center of Detroit has become a place where people dump dead bodies.  The following is from a recent Fox News article….

From the street, the two decomposing bodies were nearly invisible, concealed in an overgrown lot alongside worn-out car tires and a moldy sofa. The teenagers had been shot, stripped to their underwear and left on a deserted block.

They were just the latest victims of foul play whose remains went undiscovered for days after being hidden deep inside Detroit’s vast urban wilderness — a crumbling wasteland rarely visited by outsiders and infrequently patrolled by police.

Abandoned and neglected parts of the city are quickly becoming dumping grounds for the dead — at least a dozen bodies in 12 months’ time. And authorities acknowledge there’s little they can do.

But it isn’t just our major cities that are degenerating.

All over America rural communities are falling apart as well.

The following is an extended excerpt from a comment that was recently posted on prophezine.com.  I believe that it very eloquently describes what is happening to communities all over the United States right now….

Crime has drastically increased in our little rural community in the last few years.

While there has always been the occasional theft, kids breaking in vacant houses, things picked up lying in the yard – recently theft has become bold, blatant and aggressive.

Taking the time to look at items and only take the best/most expensive.

We suffered a crippling hit a few months ago.

Down our street last year was a home invasion.

Two driveways down, back in the woods – a drug cartel rented the house and had it set up for growing drugs in the basement. They got caught because the power meter was jumpered.

Another neighbor a couple miles down the road found a crack lab down in the woods next to a creek. I’ve personally called in 2 robberies/break-ins in the last year (the second set were caught and went to prison).

Our church pianist stopped at a downtown ATM and was almost mugged, but an off duty officer passing by stopped them. In the following couple of weeks there were 3 armed robberies/shootings in our town.

To put this all in perspective – my grandparents never locked their doors. They normally left the keys in all the vehicles (so they wouldn’t get lost, and was more convenient).

I don’t think the old church even had a lock on the front door.

I feel like we have been protected all these years – but now are forced to make drastic changes for a reason, and for a purpose. It’s like the hand of restraint and protection is being lifted from our communities.

What do you think these robbers would do if confronted on one of their middle of the day breakins?

The most effective home protection we have right now is 4 outside dogs. All of them bark, and at least two of them will bite.

Right now, things are rough, but they are not really that bad.

The power is still own (not like half of India), Wallyworld still has plenty of food on the shelves, the gas stations have full tanks, all the ATM’s, debit card/credit card machines work, and cell phones hardly miss a beat.

If a growing sector of society is already participating in blatant violent in your face crime – what will it be like when things really do get bad?

Are similar things happening where you live? 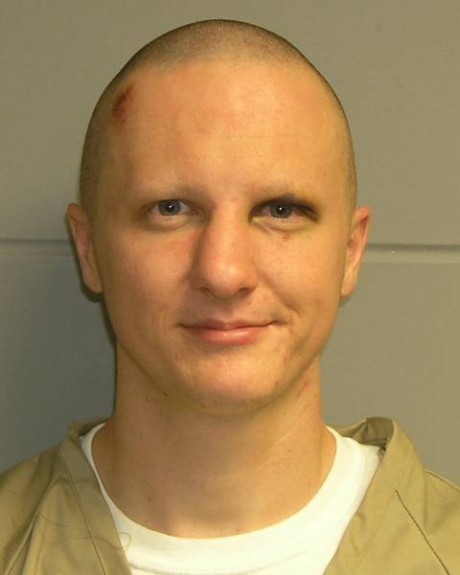