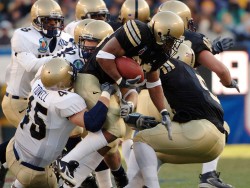 Government in America has gotten completely and totally out of control.  Our founding fathers originally intended to set up a nation where the power of government would be greatly limited, but today government has become a horribly bloated monster that is relentlessly growing.  It is not just the federal government that I am talking about.  All over the country, there are state and local governments that have become monstrous as well.  No matter who we elect, they just want even more of our money, they demand even more of our time and our resources, they pile even more rules and regulations on to our backs, they seek even more control over us and our children and they take even more of our liberties and freedoms away.  They have invented hundreds of different ways to drain money out of us, and yet it is never enough.  They pile up nightmarish debts that they expect our children and our grandchildren to repay, and yet our cities and our infrastructure are crumbling all around us.  Government seems to have a relentless appetite for demanding even more from all of us, and yet they seem to badly mess up everything that they try to accomplish.  Well, I have a message for the government.  Get off our backs!

I was horrified recently when I learned that the state of Virginia plans to put toll booths on Interstate 95.

Talk about a stupid idea!

I used to spend many hours traveling up and down Interstate 95.  It is a traffic nightmare and the last thing anyone needs is for it to become even more congested.

But that is what is going to happen.

So why are they doing this?

Well, it is another way for them to make money.

This is happening all over the nation.  State governments are taking roads that have already been paid for and they are turning them into toll roads.

I am very highly offended by this.  But amazingly, most of the politicians that are doing this keep getting voted back into office.

Another example is the 520 bridge in the Seattle area.  The 520 bridge is the primary connection between Bellevue and Seattle and it has already been paid for.  A lot of hard working people use that bridge to get to work.  But now they are slapping toll booths on it.

Will we eventually live in an America where almost all of the major roads are toll roads?

Don’t laugh – we get a little bit closer to that every month.

It is just another way that government has found to suck us dry.

What is worse is when state governments sell roads that have already been paid for to foreign companies.  These foreign companies are allowed to put up toll booths and charge an outrageous amount of money.

These deals give state governments an immediate injection of cash, but they also subject their citizens to abusive tolling for decades to come.

Of course when it comes to taking our money, the biggest offender is the federal government.

Did you know that when the federal government implemented a personal income tax back in 1913, the vast majority of the population paid a rate of just 1 percent?  The highest marginal rate was just 7 percent.

But we all know what has happened since that time.

Now Barack Obama wants to raise taxes once again.  Obama is portraying his plan as a tax on millionaires, but the reality is that there is a whole lot more to it than that.

The truth is that what he has proposed is so ridiculous that even Bill Clinton is against the Obama tax plan.

You see, the government has learned not to use the word “tax” so much.  Instead, words like “fees”, “fines”, “contributions” and “deductions” are used a lot more often these days.  A recent article posted on Yahoo News documented some of the “fees” that are peppered throughout the Obama tax plan….

Airline passengers would see their federal security fees double from $5 to $10 for a nonstop round-trip flight and triple to $15 by 2017, raising $25 billion over the coming decade. Federal workers would face an additional 1.2 percentage point deduction from their paychecks to contribute $21 billion more for their pensions over the same period. Military retirees would pay a $200 fee upon turning 65 to have the government pay their out-of-pocket Medicare expenses. They’d also pay more for non-generic prescription drugs.

But it is not just the federal government that is doing this kind of thing.

For example, CNN recently profiled Ray Garcia, the owner of Prestige Limousines in Boca Raton, Florida.  Garcia says that complying with government regulations takes up most of his time and he says that the fees are absolutely outrageous….

We will start with Miami, which is Dade County. You have to buy a permit, which costs anywhere from $10,000 to $15,000. Once you acquire that permit, you have to find a vehicle to put that permit on. And it has to be no older than five years old. Once that car is five years old, you have to go out and buy a new one, no matter what kind of condition you keep it in.

You have to get the car inspected every year. And you have to renew the luxury sedan permit every year. It would be better if you could buy just one permit for your entire fleet. But you have to buy one for each car and each car permit costs $675.

It is getting really, really hard to run a small business in the United States today.  Politicians love to give speeches about how much they love small businesses, but when they get into office they just soak them dry.

The number of small businesses in this country continues to shrink.  According to the Bureau of Labor Statistics, 16.6 million Americans were self-employed back in December 2006.  Today, that number has shrunk to 14.5 million.

In a recent column, Charles Hugh Smith shared what one small business owner told him about why he is so hesitant to hire new workers these days….

Once I hire someone, I am party to a relationship that is full of risk. What usually happens is the “check harvesting” situation where just enough work is done to extract a paycheck. I am on the hook for matching Social Security tax, medicare tax, city occupational tax, unemployment tax, federal unemployment tax, workers comp insurance and all the abuse that goes along with that system. I have to withhold State and Federal income taxes with ridiculous penalties for late payments. Often I will get served with a garnishment or child support levy for an employee, and I am on the hook for all this. If I fail to withhold on a garnishment I become liable to pay the debt.

After reading that, can you understand why so many small businesses are not eager to hire more people?

The government is sucking all of the life out of the economy.  Even the smallest businesses get cracked down on hard.

As I have written about previously, all over America lemonade stands that are run by little children are being shut down by police because they are not complying with government regulations.

We have become a nation that is run by bureaucrats.

You know, things ran pretty darn well back before we had an army of bureaucrats running everything.  We had the greatest economy on the face of the planet and things were rolling along pretty good.

But now federal bureaucrats even tell us what kind of light bulbs we are allowed to buy.  (Thank you George W. Bush for sticking it to us with that one.)

If you really stop and think about it, there are very few things that we are still free to do in America today without getting government permission first.

Yes, I know that sounds ridiculous, but if you will stop and really think about it you will see that is correct.

The government has taken all of the joy out of a lot of things that used to be so much fun.

When I was young, I loved to go to the airport.  Flying on a plane was very exciting and most people seemed to really enjoy the process.

But today, our airports have been turned into prison grids.

Did you know that now the TSA says that it has the right to check our hair for explosives?

Yes, you read that correctly.  The following is a brief excerpt from a local NBC News report about one lady that was deeply offended recently when the TSA searched her hair….

Two TSA agents told her she could not go any further until they checked her hair for explosives, Brantley said.

She said she reluctantly allowed them to do it. The agents patted her hair down right there instead of asking to return to a private area for screening.

“And so she started patting my hair, and I was in tears at that point,” Brantley said. “And she was digging in my scalp.”

How would you feel if some TSA goon was running his fingers through your hair?

But we are not seeing this type of security just at airports.  The federal government is even pressuring private businesses to crack down on “suspicious activity”.  For example, NPR recently did a story on the nightmarish security that has now been implemented at Mall of America….

Mall security reported one man because he was sitting on a bench in the corridor, “observing others while writing things down on a note pad.” They worried he might be a terrorist “conducting surveillance.” Turned out he was a musician waiting for a friend. Three security guards surrounded another man because they thought he was looking at them “oddly” and walking “nervously” through the amusement park; he turned out to be an insurance company manager, shopping for a watch for his son.

Do you want to be regarded as a “potential terrorist” every time you go to the mall?

That is what this nation is turning into.

In America today, we are all “potential enemies” and the government always knows better than we do.

Sadly, government keeps trying to even take away the freedom to raise our own children the way that we want to.

According to Natural News, a new law in the state of California will allow health officials to vaccinate children as young as 12 for sexually-transmitted diseases without having to get the approval of parents….

California’s Assembly Bill 499 has already quietly passed both the California House and Senate, and today sits on the desk of Gov. Jerry Brown where it awaits his signature. The bill, which is only a single page in length, contains specific language that will allow children as young as 12 to opt for sexually-transmitted disease (STD) vaccines like HPV (Gardasil, Cervarix), Hepatitis B, and any future vaccines developed to treat STDs, without having to attain parental consent.

The ways that the government is intruding in our lives are endless.  They are putting “smart meters” into our homes, they are putting surveillance cameras in school cafeterias, and in some areas they are actually digging around in our trash to make sure that we are recycling properly.

If you want to live in a totalitarian police state, there are dozens of choices to pick from all over the globe.

This is supposed to be America.

This is supposed to be the land of the free and the home of the brave.

We need millions of Americans to stand up and start talking about these issues, because you will notice that neither major political party is even talking about the horrible abuses of our freedoms that is going on.

Most of us just want to live our lives, and if the government would stop interfering with us so much that would make things a whole lot easier.

So do you think that the government should get off our backs?  Please feel free to leave a comment with your opinion below….