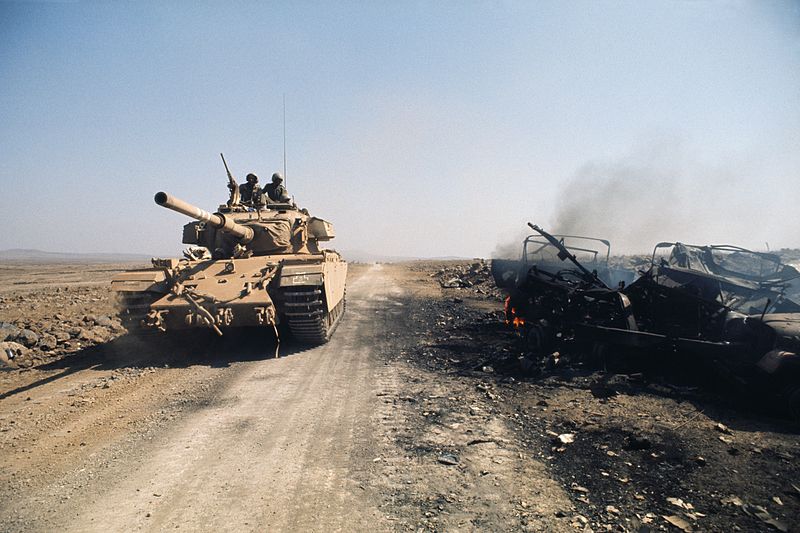 Billions of barrels of oil have been discovered in Israel, and this discovery could essentially make Israel energy independent for many decades to come.  But there is just one problem.  This discovery was made in the Golan Heights.  If you are not familiar with the Golan Heights, it is an area that Israel took from Syria during the Six-Day War of 1967.  The government of Israel considers the Golan Heights to now be part of Israeli territory, but the United Nations does not recognize Israel’s claim.  Instead, the UN still recognizes Syrian sovereignty over that area.  So now that massive amounts of oil have been discovered there, what will this do to tensions in the region?  Could this discovery of oil help set the stage for World War III?

When I first read about the discovery of all this oil, I was quite stunned.  Ever since 1948, Israel has had to import virtually all of the oil that it uses, and so this oil in the Golan Heights could be a huge game changer.  The following is an excerpt from an article in an Israeli news source about this discovery…

Three drillings have so far taken place in the southern Golan Heights which have found large reserves of oil. Potential production is dramatic – billions of barrels, which will easily provide all Israel’s oil needs. Israel consumes 270,000 barrels of oil per day.

Although the existence of the oil in the ground is a fact, the critical phase now is to check how easily it can be extracted and whether it involves high production costs. In a period of very low oil prices, extraction will have to be relatively cheap to make exploitation of the field profitable.

Just as Israel’s offshore Mediterranean gas discoveries have created an entire energy industry, so the Golan oil find could also generate a new industry around it.

Do you think that Syria and Israel’s other Arab neighbors are going to enjoy sitting there as Israel pumps “their oil” out of the ground?

Apparently this discovery is highly unusual.  Here is what one scientist told Israeli television about what they found…

Needless to say, this is great news for Israel.

But it is also going to give renewed motivation to those that wish to take the Golan Heights back from the Israelis.  The following comes from a Jewish news source…

Syria has claimed the entire Golan since it lost the strategic and water-rich area in the Six-Day War in 1967.

If oil can be extracted, it will be a huge bonanza for Israel and an enormous reason for whoever rules in Syria, or for Hezbollah that is fighting with Assad’s forces and is based in Lebanon, to launch a war on Israel.

And this comes at a time when tensions between the Israelis and the Palestinians have reached a fever pitch.  Israeli security forces and Palestinian protesters have been regularly clashing in the heart of Jerusalem, and Palestinians were even temporarily banned from Jerusalem’s Old City for the first time in decades due to a series of recent stabbings and shootings.

Things have gotten so bad that Benjamin Netanyahu felt that he had to cancel his upcoming visit to Germany just to deal with the crisis.  The following comes from Reuters…

Israel’s prime minister canceled a visit to Germany on Wednesday after a spate of attacks that included the stabbing of an Israeli soldier by a suspected Palestinian militant who police said was then shot dead by special forces.

A steady rise in street violence, which Israeli and Palestinian leaders have sought to calm, has been fueled by confrontations around Jerusalem’s al Aqsa mosque complex, Islam’s third holiest shrine which Jews also revere as the vestige of their two ancient temples.

In the third knife attack in Jerusalem in less than a week, a young Palestinian woman stabbed an Israeli on Wednesday near that contested site and was then shot by the injured man.

The international community has become desperate to find a solution to this never ending cycle of conflict and violence.  The call to establish a Palestinian state has become deafening, and most global leaders seem to believe that two states living side by side in peace could finally bring stability to the region.

Many had expected France to introduce a UN Security Council resolution which would give formal recognition to a Palestinian state last month, and there is still a chance that it may be submitted for a vote in the weeks ahead.  France has indicated that it will not go ahead without U.S. approval, and so that means that the fate of the division of the land of Israel lies in the hands of Barack Obama.

So what will he ultimately do?

According to Politico, Senate Minority Leader Harry Reid has twice asked Obama to publicly announce that he would veto any such resolution, but Obama never responded…

Both times, Obama did nothing.

In June, Obama and U.S. Ambassador to the United Nations Samantha Power declined to commit to blocking a Palestinian resolution.

Behnd the scenes, Reid — who is Obama’s most steadfast ally on Capitol Hill — first approached McDonough shortly after Earnest’s comments and asked that the president reverse his position.

McDonough said the White House “would look into it,” said a source close to the issue, but took no action.

On the second occasion, Reid, a strong supporter of Israel during his career in the Senate, believed such a declaration by Obama would help assuage nervous Senate Democrats as they weighed whether to back the president on the Iran nuclear deal. Reid was hopeful that he could block the Iran disapproval resolution, but he wanted to be certain he would have the votes in the face of fierce opposition from pro-Israeli groups.

When push comes to shove, I fully expect that Barack Obama will eventually give his full public support to the UN Security Council resolution that France has been working on.

I believe that we will see an internationally-recognized Palestinian state, but I also believe that this will just set the stage for war on a scale that the Middle East has never experienced before.

So do you agree with me?  Please feel free to join the discussion by posting a comment below…