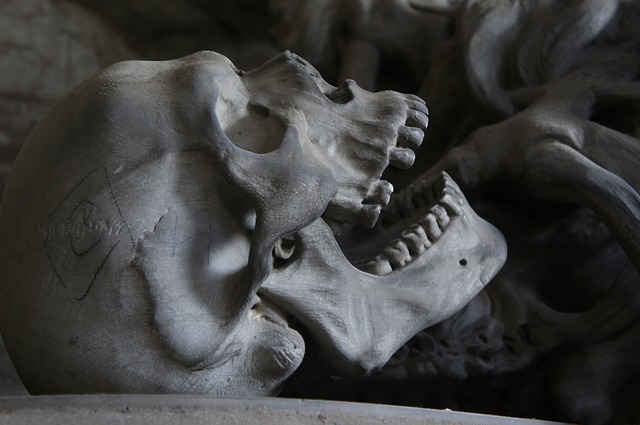 If there is one thing that the elite of the world fear more than anything else, it is death.  They spend an extraordinary amount of time and energy attempting to shield themselves from potential threats, to separate themselves from the general population and to do whatever they can to extend their lifespans.  They travel with multiple bodyguards, they install “safe rooms” in their homes, they buy private islands on the other side of the world and they invest huge amounts of money into life extension technologies and research.  They do all of these things in a desperate attempt to battle an enemy that they have never been able to defeat – death.  And in this day and age, the elite are becoming more paranoid than ever.  They know that as the gap between the wealthy and the poor has exploded that they have become bigger targets than ever.  So firms that provide private security, “safe rooms” and high tech “security bunkers” for the elite are doing a booming business these days.  Many of the elite live in constant fear and absolutely crave security, and they are willing to pay big bucks to get it.

On Monday, the New York Times ran an article entitled “Still Secret and Secure, Safe Rooms Now Hide in Plain Sight” which discussed how “safe rooms” are becoming much more common among the elite living in New York City…

For centuries, the best way for the wealthy to feel protected, or at least give the impression, was from behind a moat, a gate or an army. Such options are impractical in Manhattan, even for those who can afford them, yet a number of these property owners are finding ways to feel safe even in the event of a home invasion. When an alarm or a doorman is not enough, advances in designs and materials have made it possible to enjoy the safety of Fort Knox amid the comfort of a Four Seasons suite.

“The world is a very scary place right now, especially for people of means; they feel cornered and threatened,” said Tom Gaffney, the president of Gaffco Ballistics, which has installed a number of safe rooms around New York City. “When you have so much to lose, and you can afford to, you put a premium on your safety.”

And as anger toward “the one percent” has surged in recent years, so has the fear of the ultra-wealthy.  In fact, many of them have gone so far as to purchase “survival properties” and “bug out locations” on the other side of the planet.  If you do not believe this, just consider what the president of the Institute of New Economic Thinking, Robert Johnson, told a packed audience in Davos, Switzerland…

With growing inequality and the civil unrest from Ferguson and the Occupy protests fresh in people’s mind, the world’s super rich are already preparing for the consequences. At a packed session in Davos, former hedge fund director Robert Johnson revealed that worried hedge fund managers were already planning their escapes. “I know hedge fund managers all over the world who are buying airstrips and farms in places like New Zealand because they think they need a getaway,” he said.

But even if the elite are able to shield themselves from the rest of us for their entire lives, they know that eventually the aging process is going to catch up with them and they are going to die.  Despite all of their wealth and influence, death is something that they cannot escape.

That is why the elite have always been obsessed with the latest medical technologies.  Anything that can extend their time in this world is greatly desired by them.

And now, thanks to the massive technological explosion that we have seen in recent years, many of them hope that new radical life extension technologies will enable them to live far longer than humans have been able to live before.  The elite are pouring hundreds of millions of dollars into these kinds of technologies, and many of them seem quite promising.  The following is an excerpt from an article about these new technologies that appeared in the Week…

The entrepreneurs are driven by a certitude that rebuilding, regenerating, and reprogramming patients’ organs, limbs, cells, and DNA will enable people to live longer and better. The work they are funding includes hunting for the secrets of living organisms with insanely long lives; engineering microscopic nanobots that can fix your body from the inside out; figuring out how to reprogram the DNA you were born with; and exploring ways to digitize your brain based on the theory that your mind could live long after your body expires.

That sounds like stuff you would find in a science fiction movie.

But it doesn’t stop there.  Many among the elite believe that the “transhumanism” movement will eventually allow them to completely merge with technology and essentially become part-human/part-machine cyborgs which will have indefinite lifespans.  This may sound quite bizarre to you, but there are lots and lots of scientists that take this stuff extremely seriously.  For example, the following is an excerpt from an article that appeared just this week in the Telegraph…

Wealthy humans are likely to become cyborgs within 200 years as they gradually merge with technology like computers and smart phones, a historian has claimed.

Yuval Noah Harari, a professor at the Hebrew University of Jerusalem, said the amalgamation of man and machine will be the ‘biggest evolution in biology’ since the emergence of life four billion years ago.

Prof Harari, who has written a landmark book charting the history of humanity, said mankind would evolve to become like gods with the power over death, and be as different from humans of today as we are from chimpanzees.

He argued that humans as a race were driven by dissatisfaction and that we would not be able to resist the temptation to ‘upgrade’ ourselves, whether by genetic engineering or technology.

So these “transhumans” will become as different from us as we are from chimpanzees?

And this technology will only be for the wealthy?

When I first read that, it reminded me of this quote from Charles Darwin: “At some future period, not very distant as measured by centuries, the civilised races of man will almost certainly exterminate and replace throughout the world the savage races. At the same time the anthropomorphous apes, as Professor Schaaffhausen has remarked, will no doubt be exterminated. The break will then be rendered wider, for it will intervene between man in a more civilised state as we may hope, than the Caucasian and some ape as low as a baboon, instead of as at present between the negro or Australian and the gorilla.”

This is how the elite of the world have always approached things.  They see themselves as the very top of the pyramid.  In fact, once technology has advanced far enough they believe that they won’t even need any “god” anymore because they will be “gods” that can live indefinitely.  Just consider the words of Professor Harari…

“But what we see in the last few centuries is humans becoming more powerful and they no longer need the crutches of the Gods. Now we are saying we do not need God just technology.”

Others in the transhumanist movement hold similar views.  The following is a quote from a prominent transhumanist named Mark Pesce that I included in a previous article…

“Men die, planets die, even stars die. We know all this. Because we know it, we seek something more—a transcendence of transience, translation to incorruptible form. An escape if you will, a stop to the wheel. We seek, therefore, to bless ourselves with perfect knowledge and perfect will; To become as gods, take the universe in hand, and transform it in our image—for our own delight. As it is on Earth, so it shall be in the heavens. The inevitable result of incredible improbability, the arrow of evolution is lipping us into the transhuman – an apotheosis to reason, salvation – attained by good works.”

So what about the rest of us?

Well, the truth is that the elite certainly do not intend for all of us to live indefinitely.  In fact, most of them are absolutely convinced that there are far too many people living on the planet already.  This is something that I covered in my previous article entitled “46 Population Control Quotes That Show How Badly The Elite Want To Wipe Us All Out“.  If everyone was allowed to radically extend their lifespans, that would make our “overpopulation” problem far worse according to them.  So no, the amazing new technologies talked about in this article won’t be for the rest of us.  It will only be for those among the elite with lots and lots of money.

The global elite look forward to a glorious new age in which the population of the planet will be stabilized around 500 million people (which represents a more than 90 percent reduction from today).  They believe that new technologies will usher in a time when poverty, disease and sickness will be eradicated and when people will be able to live indefinitely.  It will be a world shaped and molded by them, and there will be no more war or conflict.  Instead, everyone will share the same common values and the same common goals.  They believe that it will literally be “heaven on earth” and the elite will not need any “gods” because they will be gods.

So will the elite ever achieve their version of utopia?