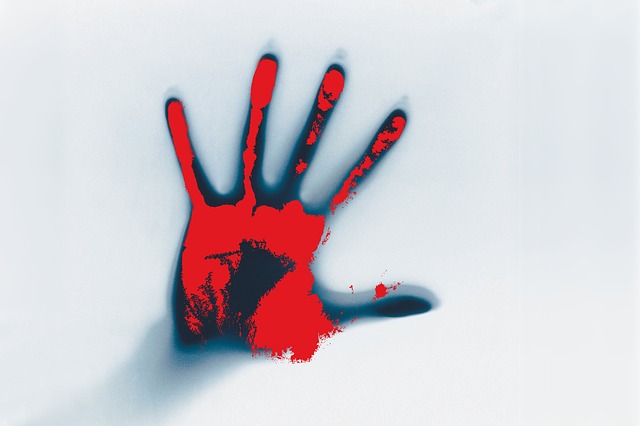 The thin veneer of civilization that we all take for granted on a daily basis is beginning to disappear, and a new era of chaos and anarchy is coming to our cities.  I don’t know if you have noticed, but violence is increasing on the streets of America.  Over Memorial Day weekend, 29 people were shot in Baltimore and 55 people were shot in Chicago.  But of course the trend that I am talking about is much broader than that.  According to the FBI, the number of police officers “feloniously killed” in the line of duty rose by an astounding 89 percent in 2014.  We live at a time when Americans are becoming extremely angry and extremely frustrated, and this is only going to intensify as economic conditions worsen.  But already we have seen some of this anger and frustration boil over into violence in Ferguson and in Baltimore.  And you know what?  The vast majority of Americans expect more of the same in the coming months.  According to a Wall Street Journal/NBC News survey that was recently released, 96 percent of all Americans believe that there will be more civil unrest in America this summer.  What we have seen up until now is just the warm up act.  The main event is still to come.

If things are this bad already, how bad will they be when the next great economic crisis hits this nation and unemployment skyrockets and poverty is everywhere?

That is why I am encouraging people that currently live in the heart of our major cities to consider moving.  Unfortunately, most Americans are completely dependent on the jobs that they currently have, so moving is not really a practical option for a lot of people.

For those that cannot move, you are just going to have to get prepared right where you are.  That means making your home and your family as unattractive a target to potential criminals as you possibly can.  The goal should be to avoid a violent confrontation if at all possible.  So you will want multiple layers of security between you and those that would potentially harm you and your family.  You want to try to deter the bad guys from ever coming on to your property in the first place, but if they do come, you need to be ready to deal with them.

At the moment, we are still in the midst of relatively stable economic times.  But even in these relatively stable times, violence is escalating.  Just consider what happened in Baltimore over the recent holiday weekend.  A grand total of 29 people were shot…

Police say 29 people were shot, 9 of them killed over this weekend, adding to the  record-breaking violence.

The shooting didn’t stop on Monday night after a 9-year-old boy and another man were both injured by gun fire in the 2900 block of Arunah Avenue. Police say the child was shot in the leg and another man suffered a graze wound to the head.

Overall, this past month has been the deadliest month for Baltimore in 15 years.

Things are even worse in the city of Chicago.  Over this past weekend, 55 people got shot…

Twelve people were killed and at least 43 — including a 4-year-old girl — were wounded in shootings across Chicago this Memorial Day weekend, police said.

The 4-year-old, identified by her family as Jacele Johnson, was shot about 8 p.m. Friday in the West Englewood neighborhood. She and her 17-year-old cousin Romare Wilson were inside an SUV in the 7000 block of South Justine when another vehicle pulled up and someone inside opened fire, according to their family and Chicago Police.

Early in April, I went on the record and specifically named Chicago and Baltimore as two of the cities where we would be seeing civil unrest.  Since that time we have seen horrible rioting in Baltimore and the violence in Chicago continues to spiral out of control.

Other experts are issuing similar warnings.  For example, consider what an assistant professor at New Jersey City University recently had to say…

Urban unrest expert Dr. Max Herman says that the United States is on the “cusp” of a wave of domestic disorder and that the country will see more race riots.

He sees the re-emergence of a 60’s-style “protest ideology” amongst black communities which will lead to more disorder.

“It’s very clear from studying history that these things tend to run in cycles,” said Herman, adding, “I think we are at the cusp of another cycle.”

Author Chris Hedges is saying similar things.  The following comes from a recent article about him in the National Post…

The United States is primed for a rebellion. So argues Chris Hedges in his new book, Wages of Rebellion, in which the Pulitzer Prize-winning journalist and polemicist examines revolts from 1700s to the ending of apartheid in South Africa, as well as the “sublime madness” that drives the people at the centre of such rebellions.

When asked by the National Post why he wrote his new book, this is what Hedges had to say…

I didn’t write it as a warning or a prediction. I wrote it more as an assessment. I covered disintegrating societies like Yugoslavia. I know how they break down; I know what the warning signs are, so it’s familiar. I don’t think at this point there’s much dispute. Even just the financial indicators in terms of wealth disparity and chronic unemployment. The fact that Congress has a nine-per-cent approval rating. Where I’m coming from, the book is an attempt to explain where we are in this particular historical period.

But it isn’t just that we are entering a new cycle of unrest.  Our “leaders” have made things much worse by the decisions that they have made.  For instance, Barack Obama’s decision to leave our southern border virtually unguarded has resulted in a massive flood of illegal immigrants coming into this country.  As a result, violent gangs that have roots in Central America and South America have mushroomed in size.  So now major cities far from the border such as Charlotte, North Carolina are being absolutely terrorized by these gangs…

Recent busts of murderous MS-13 gangsters put the lie to President Obama’s sympathetic amnesty narrative of illegal immigrants as “workers who mow our lawns, make our beds (and) clean out bedpans.”

Authorities Wednesday rounded up 37 MS-13 gang members in Charlotte, N.C., on racketeering conspiracy charges, along with charges of murder, attempted murder and firearms violations. All of them are illegal aliens from El Salvador, Honduras and Guatemala. Several are round-trippers — illegals who broke in once, committed crimes, got deported and broke back into the U.S. — proving that our border is porous and unsecured.

Charlotte police discovered the rat’s nest of foreign gangsters after some of them started shooting up local nightclubs and bars.

In 2015, it isn’t just our own citizens that we need to be concerned about.  At this point, many of our biggest cities are absolutely packed to the gills with gangs made up primarily of illegal immigrants.

I discussed Chicago earlier.  Did you know that it is estimated that approximately 150,000 gang members now live there?

When things start really breaking down in this country, those gangs are going to have a field day.

America is changing, and not for the better.  And when violence starts sweeping this nation, don’t count on the government to come in and rescue you.  After watching what happened in Ferguson and in Baltimore, you should know better than that by now.

It is time for the American people to prepare their own homes and their own neighborhoods for the chaos and the violence that is coming.

For the moment, things are still relatively stable so we have a little bit of time to prepare, but it won’t last for long.