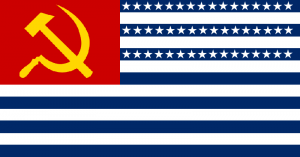 Socialism is being promoted and Christianity is being demonized in the public school systems of some of the most conservative states in America.  For example, students in Texas public schools have been taught to design a socialist flag for a new nation, that those that participated in the Boston Tea Party were “terrorists”, and that Christianity is a cult.  If this kind of thing is happening in Texas, can you imagine what is happening in the rest of the nation?  Sadly, education is a big part of the “progressive” agenda.  Progressives are convinced that if they can “shape the minds” of the next generation through education that it will only be a matter of time before they achieve all of the major changes that they are seeking to implement in our society.  And you know what?  It’s working.  If you look at any public opinion poll that is broken down by age, you will find that the youngest age brackets are the most likely to agree with progressive viewpoints.  Millions of parents are sending their kids to public schools without having any idea that they are being taught that patriotism is divisive, that capitalism is evil and that Christianity is a fictitious cult.  Instead of learning traditional American values, those kids are being taught that they should identify themselves as “global citizens”, that socialism is about “sharing” and that all of the religions of the world need to come together as one.  If you are a parent, just pick up the textbooks that your kids have been assigned and actually read them.  Once you know what to look for, you will see it everywhere.

When I was a little boy, my public school teachers were still teaching the the founding fathers that were involved in the Boston Tea Party were great patriots that were trying to throw off the vile oppression of the British.

But now many public schools are openly referring to them as “terrorists”.  For example, down in Texas a public school curriculum known as CSCOPE is being widely used.  The following is from a CSCOPE lesson plan labeled “World History Unit 12 Lesson 07″…

A local militia, believed to be a terrorist organization, attacked the property of private citizens today at our nation’s busiest port. Although no one was injured in the attack, a large quantity of merchandise, considered to be valuable to its owners and loathsome to the perpetrators, was destroyed. The terrorists, dressed in disguise and apparently intoxicated, were able to escape into the night with the help of local citizens who harbor these fugitives and conceal their identities from the authorities. It is believed that the terrorist attack was a response to the policies enacted by the occupying country’s government. Even stronger policies are anticipated by the local citizens.

Of course thanks to a great outcry this particular lesson plan is now considered “outdated” and is not supposed to be used any longer, but this is just one example of the kind of things that are being taught.

In the 1950s, children in the United States would have been taught that socialism and communism are evil.  Now, lesson plans such as this one force our children to imagine themselves as socialists and communists.

Do you want your children to spend their time in school designing flags for socialist and communist regimes?

Or would you rather have them spend their time reading and writing?

Another very disturbing aspect of CSCOPE is that it teaches children that the god of Islam and the God of the Bible are the exact same thing.

The following is an excerpt from a CSCOPE lesson plan about religion.  The statements where Allah has been made equivalent to the God of the Bible have been put in bold…

WH.1B Identify major causes and describe the major effects of the following events from 500 BC to AD 600: the development of the classical civilizations of Greece, Rome, Persia, India (Maurya and Gupta), China (Zhou, Qin, and Han), and the development of major world religions.

WH.23 Culture. The student understands the history and relevance of major religious and philosophical traditions. The student is expected to:

Of course anyone that knows anything about Islam and Christianity knows that is a flat out lie.  The god of Islam and the God of the Bible are most definitely not the same thing.

But those that are seeking to promote a “one world religion” want our children to believe that all religions are “different paths to God” and that we need to bring all of the religions of the world together for the sake of “global harmony”.

Progressives are often not just satisfied to list Christianity as “just another religion” though.  In fact, they seem to love to demonize it however they can.  For example, the CSCOPE curriculum actually refers to Christianity as a “cult”.  The following is from CSCOPE World History Unit 3 Lesson 02…

In the space of a few hundred years, a small, often brutally persecuted cult rose to become the dominant religion of the West. How did it happen?

Contemporary pagan and Christian sources preserve other accusations leveled against the Christians. These included charges of incest and cannibalism, probably resulting from garbled accounts of the rites which Christians celebrated in necessary secrecy, being the agape (the ‘love-feast’) and the Eucharist (partaking of the body and blood of Christ).

So why haven’t we heard more about this by now?

Well, teachers down in Texas were actually required to “sign a contract that would prevent them from revealing what was in the CSCOPE lessons or face civil and criminal penalties.”

They desperately do not want you to know what they are teaching to your children.

Eventually hearings about this curriculum were held down in Texas.  One algebra teacher actually broke down in tears as he testified.  He chose to quit his job because he felt like he was “aiding and abetting a crime“.  Other Texas teachers expressed similar sentiments.

The curriculum is still being used.

Is it any wonder why our young people are so stupid?  Instead of being taught basic reading, writing and math skills, they spend most of their time absorbing socialist indoctrination.

So when they get out of school most of them do not have what it takes to make it in the real world.  In fact, up in New York City most high school graduates do not even have the basic skills that are necessary to enter community college…

Our public schools are a complete and total mess and they are getting worse by the day.

For much more on the horrifying decline of our public schools, please see the following articles…

-“11 Reasons To Get Your Kids Out Of The Government Schools”

So what do you think about the state of our public schools? 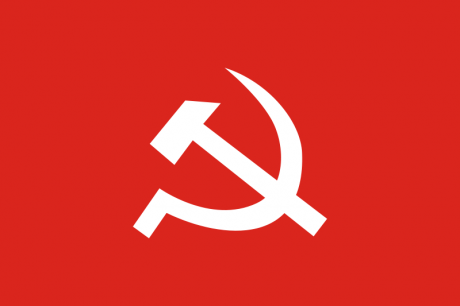