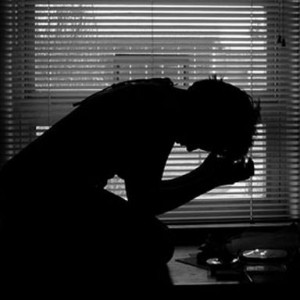 Can you feel the rising fear in America today?  It has gotten to the point where it is almost palpable.  Millions of Americans have lost their jobs and fear what is going to happen when their unemployment benefits run out.  Millions of others fear what would happen if they lose the job that they still have.  A rapidly growing number of Americans are getting behind on their mortgage payments and fear that they might lose their homes to foreclosure.  Still others are looking retirement directly in the eye and are realizing that they aren’t going to have enough money to make it.  So why all the fear?  Well, over the past several decades an increasing number of Americans have come to define their lives by the amount of stuff that they have accumulated and the amount of money in their bank accounts.  For these Americans, living the American Dream is dependent on these material possessions.  So what happens when these material possessions are threatened?  What you get is millions upon millions of Americans living in fear.

What is your greatest fear?

Losing a loved one?

Well, if one new survey is to be believed, running out of money is the greatest fear of all.  According to a recent poll of Americans between the ages of 44 and 75, 61% said that running out money was their greatest fear. The other 39% said that death was scarier.

That is where we are at as a society.

Literally billions of people around the world have next to nothing, so if they were to lose the little that they have it would not be that big of a deal.

But for Americans, we are so used to such an insane level of prosperity that the thought of losing it all creates a great deal of fear.

These days Americans spend a great deal of time worried about the economy.  Terms like “double-dip recession” and “economic downturn” are brought up even on mainstream news programs constantly now.

Economists such as Nouriel “Dr. Doom” Roubini make worldwide headlines with their pronouncements that more hard times could be on the way.  In fact, Roubini recently said that he thinks that the odds of a double-dip recession have risen to more than 40 percent.

So are there legitimate reasons to be concerned about the economy?

I have written about them over and over.

But the appropriate response is not fear.

Nor is it an appropriate response to bury one’s head in the sand and pretend that nothing bad is going to happen.

Rather, the appropriate response is to see things the way they really are and make the best preparations that we can.

Even in the incredibly difficult economic times that are ahead, some people are going to have the greatest adventures of their entire lives.

For some people, times don’t have to be “good” in order to experience great love and joy and peace.

But for millions of other Americans, a full blown economic collapse will mean that they will totally lose it.

Sadly, when things really and truly do melt down, there will be rioting in the streets and hordes of Americans begging the federal government for assistance.

The truth is that we can already see signs of this.  Thousands of desperate people from all over America lined up one recent Friday morning outside the Palm Beach County Convention Center hoping that a non-profit organization called the Neighborhood Assistance Corporation of America could help them save their homes.  NACA had received $41.5 million in federal money from the National Foreclosure Mitigation Counseling Program, and it was expected that 50,000 people would ultimately show up from all across the nation to try to take advantage of the program.

You see, in 2010 Americans have been taught that when they feel fear they should turn to the government for a handout.  Recently, in a suburb of Atlanta, Georgia 30,000 people turned out to pick up only 13,000 applications for government-subsidized housing.  A near-riot ensued and the sad thing is that there weren’t even any openings in the program.  The whole thing was just to get on a waiting list.

That is absolutely staggering.

People are even putting off having kids because of the bad economy.  The U.S. birth rate has dropped for the second year in a row.  It is now about the lowest it has been in a hundred years.  There are many reasons for this phenomenon, but many experts believe that one of the big factors is that people simply do not believe that they can afford children right now.

But not only are people putting off bringing new life into the world, an increasing number of Americans are actually ending their lives because of soul crushing economic problems.

The following is an excerpt from an actual letter to U.S. Representative Anthony Weiner….

“My dad, S, killed himself March 16, 2009 because he ran out of money and could not find work. My whole family had been devastated by the economy. He was 61 years old and could not take it anymore. He could not figure out how to keep the electric on, buy food, or keep a roof over his head. A day before his electric was to be shut off, and 2 weeks away from eviction, my dad took the hardest walk of his life. He left a note on the dining room table for my sister and I. His suicide letter said ‘I love you. I had to do this. I ran out of money. I wish you both luck in your lives’. He left the door unlocked with the door key left in the lock. He carefully laid out two suits for us to pick from to bury him in.”

This is really happening in America in 2010.

People are giving in to fear.

But they do not need to.

As we read in I John chapter 4, “perfect love casts out fear”.  If the American people had something more to live for than materialism and entertainment then they could overcome the fear of hard economic times.

But for most Americans, “building a life” means buying a home, building up a bank account and accumulating as big a pile of possessions as possible.

When the good times are gone, a very large percentage of Americans is going to totally lose it and will think that life is not worth living anymore.