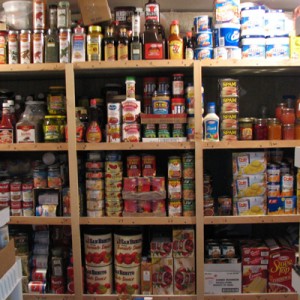 A rapidly growing number of Americans believe that the United States has veered very far off the right track in recent years and they have begun preparing for “the end of the world as we know it”.  For many of these “preppers”, the complete and total collapse of the U.S. economy is now such a certainty that it would be foolish not to get prepared.  For others, the prospect of another major natural disaster such as Hurricane Katrina is motivation enough to stock up on food and supplies.  Still other Americans are deeply concerned about potential terror attacks, the outbreak of deadly pandemics or even the start of the next world war. The truth is that there are a lot of reasons to be concerned about the state of the world, and as Hurricane Katrina and the oil spill in the Gulf of Mexico demonstrated, the U.S. government is not often very good at picking up the pieces once disaster strikes.  Millions of Americans are starting to wake up and are realizing that when the chips are down nobody else is going to take care of them.  Instead of moving to Montana and building a nuclear fallout shelter like the hardcore survivalists of old did, many modern preppers are converting extra bedrooms into food storage pantries, they are learning how to grow survival gardens and they are stocking up on everything from gas masks to auxiliary generators.

Nobody knows exactly how many preppers there are in the United States at this point, but everyone agrees that their numbers have been exploding.  In fact, it has been estimated that there are up to 4 million preppers in the U.S. in 2010.  The number of prepper blogs, podcasts, and websites have multiplied in recent years.  The following are just a few examples of some of the prepper websites that are out there….

*In Case Of Emergency, Read Blog

Preppers have also been voting with their wallets.  Even as hard economic times become “the new normal” in America, companies that cater to preppers are actually thriving.  It turns out that makers of bottled water, canned goods, dehydrated broth, gas masks and auxiliary generators have been doing very well in this economy.

Companies such as Hormel (maker of Spam), Cummins (maker of auxiliary power generators) and Airgas (maker of gas masks) have all seen their stock prices hit record highs in recent weeks.

Because preppers are spending their money and when preppers spend money on emergency supplies they don’t mess around.

In fact, many average Americans would be absolutely astounded at the great lengths that some of these preppers have gone to.

But it isn’t just preppers and survivalists who are advocating preparedness.

Did you know that September has been designated “National Preparedness Month” by the U.S. Department of Homeland Security?

The U.S. government wants us all to use the month of September to make sure that our families are prepared in the event that disaster or emergency strikes.

Unfortunately, most modern Americans actually know very little about preparedness, but that has not always been the case.

Back during World War II, “victory gardens” enabled Americans to grow 40 percent of all the vegetables that they needed.  Those gardens greatly contributed to the war effort and helped Americans get through some very difficult times.

But today we are so accustomed to running out to Wal-Mart or to the local supermarket whenever we need some more food that we have gotten soft.

To a great extent, we have lost the ability to take care of ourselves, but now the preppers are trying to bring those skills back into the mainstream.

As the economy gets increasingly worse, it is likely that even more Americans will become preppers.  The number of Americans stocking up on emergency food, water filters and backup generators will continue to skyrocket.  The truth is that even Wall Street is starting to notice….

“If it’s the end of the world, what do you buy? Canned foods, guns and the generators,” Keith Springer, president of Capital Financial Advisory Services, was quoted as saying in the Wall Street Journal recently.  “There are a huge number of people who feel this is the end of the world.”

In fact, some very prominent voices in the financial world are beginning to warn of the potential for an “economic collapse” and about the possibility that we could actually see a “breakdown” of society….

*Late last year, one of the bigget financial services companies in Europe, Société Générale, advised their clients to be ready for a possible “global economic collapse” at some point over the next two years.

*Barton M. Biggs, the former chief global strategist at Morgan Stanley, warns in his 2008 book “Wealth, War & Wisdom” that we must “assume the possibility of a breakdown of the civilized infrastructure.”

So what can be done?  Well, one of my articles that recently appeared on Benzinga contains 10 practical steps that just about anyone can take to prepare for the coming economic collapse.

In addition, I wrote an article a while back entitled “20 Things You Will Need To Survive When The Economy Collapses And The Next Great Depression Begins” that got a lot of attention and that contains a list of necessities that you will want to stock up on in case we do see the day when society does totally break down.

The reality is that the government is not necessarily going to be there to rescue you when everything falls apart.

“Following 9-11 and Hurricane Katrina it was abundantly clear that it is dangerous and even naive to expect government agencies to swoop in to save everybody in the event of a major emergency,” Tom Horn of Raiders News Network explains on his website. “Now we are hearing from federal authorities that it is only a matter of time – when, not if – a catastrophic event could make 9-11 pale by comparison. Experts have placed even-odds on a terrorist attack using a weapon of mass destruction (WMD) inside the United States within the next five years.”

So what would you do if a WMD went off in a nearby city?

What would you do if a massive electromagnetic pulse fried all the electronics where you live?

Would you do if the economy totally collapsed and we entered another Great Depression?

What would you do if a horrible strain of the flu started sweeping the nation and we all had to stay in our homes for a month?

Those are some things that we need to think about in this day and age.

As you read this, millions of Americans are feverishly preparing for the day when disaster will strike. 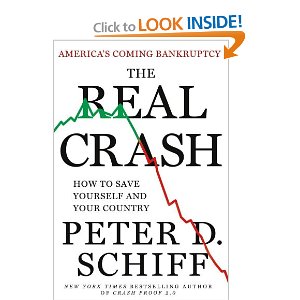