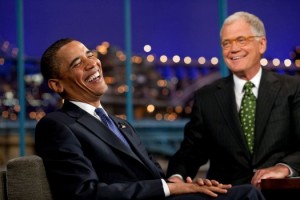 Do you think that someone could steal 150 million dollars and get away with it?  Well, the truth is that such a theft is taking place every single hour of every single day.  The federal government is stealing 150 million dollars an hour from our children and our grandchildren and Barack Obama thinks that is a good thing.  The new Obama budget projects a $1.33 trillion federal budget deficit for the 2012 fiscal year.  That is significantly higher than the $1.15 trillion that the Congressional Budget Office was projecting because it includes a whole bunch of stimulus spending that the Obama administration plans to do.  So let’s do a little math.  When you divide $1.33 trillion by 365 days, you get 3.6438356 billion dollars.  So on average, the United States will be adding more than 3.6 billion dollars to the national debt every single day during fiscal 2012.  And when you divide $3.6438356 billion by 24 hours, you get 151.8 million dollars.  So on average, the U.S. national debt will be going up by more than 151 million dollars every single hour during fiscal 2012 if Obama has his way.  This is a theft from our children and our grandchildren that is so vast that it is almost unimaginable.

The 2012 budget deficit that the Obama administration is projecting would be equivalent to approximately 8.5 percent of GDP.  We simply cannot afford to be running these kinds of outrageous budget deficits year after year.

At this point our national debt is greater than 100% of our national GDP.  We are on the road to national financial disaster and yet our politicians keep piling up debt at a rate that is absolutely mind blowing.

The Obama administration is projecting that budget deficits will go down “in the future”, but that is what our politicians always do.  They always promise that the budget picture will improve “down the road”, but that never actually happens.

According to the Bush administration, we were supposed to be swimming in huge budget surpluses by now.

So how did that work out?

Our politicians always promise to cut spending, but it never actually comes to pass.  We are always told that cutting spending would be too damaging to the economy “right now” but that they will definitely start cutting things later on.

For example, just check out this recent quote from White House Chief of Staff Jack Lew….

“The time for austerity is not today,” Lew told NBC News “Meet the Press.” “If we were to put in austerity measures right now, it would take the economy in the wrong way.”

They always put budget cuts off for another day.  They never want to do anything that could hurt the economy right now and threaten their chances in the next election.

Both political parties have let us down horribly.

Both political parties have voted over and over to steal gigantic mountains of money from our children and our grandchildren.

But our founders never intended for this to be the case.  In fact, Thomas Jefferson once stated that if he could add just one more amendment to the U.S. Constitution it would be a complete ban on all borrowing by the federal government….

Thomas Jefferson believed that it was fundamentally immoral for one generation to run up debts which must be paid back by future generations.  Basically, he believed that such debts represented theft on a grand scale….

But that is what we are doing today.  We are borrowing gigantic mountains of money which we expect our children and our grandchildren to pay back.

We have come to think of this as “normal”, but the truth is that this theft is absolutely disgusting and if future generations get the chance they will curse us for what we have done to them.

Somewhere along the way, we seem to have lost all common sense when it comes to government spending.

The truth is that all of this does not have to be complicated.  The following is what Clint Eastwood recently said about our budget problems….

“It’s such a basic thing,” Eastwood said. “Your parents always tell you when you don’t have a dollar in your pocket, you don’t spend two dollars. And that’s kind of a basic philosophy of life.”

So why are we being so stupid?

We are absolutely drowning in debt, and yet the Obama administration wants even more spending.

Some of his plans for “extra spending” during fiscal 2012 were detailed in an article posted on CNBC….

For more immediate job programs, the White House will urge $350 billion in short-term job spending, as well as a six-year transportation and infrastructure program that would cost $476 billion. He will ask for $60 billion to refurbish at least 35,000 schools and help state and local governments hire and retain teachers, firefighters and police officers.

The problem that we are now facing was once beautifully described by Ludwig Von Mises when he made the following statement….

There is no means of avoiding the final collapse of a boom brought about by credit expansion.

The alternative is only whether the crisis should come sooner as a result of a voluntary abandonment of further credit expansion, or later as a final and total catastrophe of the currency system involved.

We are rapidly reaching the “final and total catastrophe” once described by Ludwig Von Mises.

We inherited the greatest economic machine in the history of the world from our forefathers, and we will be known as the generation that totally destroyed it.

Future generations will inherit a collapsed economy and the biggest debt in the history of the world.

But we all prance around like we are the smartest people that have ever existed on the face of the earth.

The rest of the world is laughing at us.

So why don’t some honest politicians step forward and tell the American people that we need to stop spending so much money?

Well, first of all there are very few honest politicians on the national level.

Secondly, most of the money that our government spends is money that is taken from the pockets of some Americans and transferred into the pockets of other Americans.  Large segments of our population have become absolutely addicted to getting government checks, and it would be political suicide for any politician to propose significant cuts to those checks.

Well over 50 percent of the federal budget is spent on social programs that put dollars directly into the pockets of the American people.  As Bill Whittle describes in the video posted below this is a way that our politicians buy votes.  The American people tend to love politicians that feed their addiction to government money….

If we keep going into so much debt, how long can our system possibly continue functioning?

Well, as we have seen in Greece, a government debt spiral will keep on going until the day that it simply stops working anymore.

A day of reckoning is coming.  We don’t know if it will be this year or next year or several years from now.

But it is coming.

Our politicians should be doing something about it, but they continue to spend money like tomorrow will never come.

What we are doing to our children and our grandchildren is absolutely immoral.

How in the world can we steal 150 million dollars an hour from them?

We are literally stealing the future from those that will come after us.

Do you think that they will thank us for that? 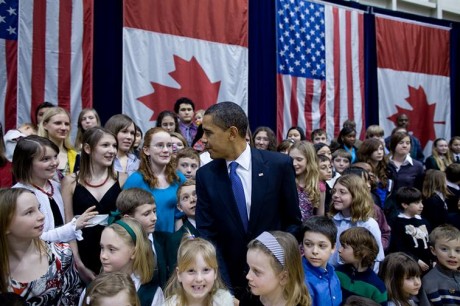