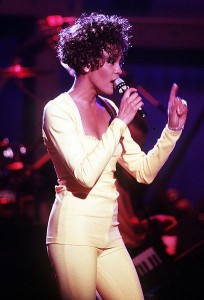 So what evidence is there that Whitney Houston was killed by prescription drugs?

Well, according to a story posted on Fox News, her family has reportedly been told by authorities that it was a combination of prescription drugs and alcohol that killed her….

Relatives of late pop icon Whitney Houston have reportedly been told by coroner officials that the singer died from what appears to be a combination of Xanax and other prescription drugs mixed with alcohol rather than drowning.

In fact, authorities reportedly found a half dozen bottles of prescription medication in her room.  Radar Online is reporting that “Lorazepam, Valium, Xanax, and a sleeping medication” were found by authorities.

It is important to note that absolutely no illegal drugs were found in her room.  Whitney Houston struggled with illegal drugs in the past, but they were not involved in her death at all apparently.

Unfortunately, the cold, hard reality of the matter is that many prescription drugs are incredibly dangerous.

Let’s take a look at some of the other major celebrities that have been killed by prescription drugs in recent years….

It is now well known that prescription drugs played a huge role in the death of Michael Jackson.  The following is from an article about his death from TMZ.com….

The morning Jackson died, Dr. Murray gave Jackson valium at 1:30 AM. Murray said the valium didn’t work so he gave the singer an IV injection of lorazepam — an anti-anxiety drug. Murray told cops Jackson was still awake, so he then gave him midazolam — a sedative.

As we first reported, cops found 8 bottles of Propofol in Jackson’s house after he died, but they do not know where it was purchased.

Health Ledger was one of the hottest young actors in Hollywood.  Unfortunately, his career was cut short by prescription drugs.  The following comes from CNN.com….

“Mr. Heath Ledger died as the result of acute intoxication by the combined effects of oxycodone, hydrocodone, diazepam, temazepam, alprazolam, and doxylamine,” the office said in a short statement.

Brittany Murphy was lovely, she was funny, and she seemed to have a very bright future ahead of her.

Unfortunately, that bright future came crashing to a halt in just a single day.

It turns out that prescription drugs played a major role in the death of Brittany Murphy….

“Large amounts” of prescription medications were found on Murphy’s nightstand and the coroner also found “numerous empty” bottles of prescriptions written to Murphy, her mom, Monjack and unidentified third-party names, the notes said, according to TMZ.

Who could ever forget Anna Nicole Smith?

The drama surrounding her life captivated the entire globe.  The mainstream media simply could not get enough of her story.

Sadly, her addiction to prescription drugs eventually caught up with her.

Ultimately her death was ruled an accidental drug overdose of the sedative chloral hydrate that became increasingly lethal when combined with other prescription drugs in her system, specifically 4 benzodiazepines: Klonopin (Clonazepam), Ativan (Lorazepam), Serax (Oxazepam), and Valium (Diazepam). Furthermore, she had taken Benadryl (Diphenhydramine) and Topamax (Toprimate), an anticonvulsant GABA agonist, which likely contributed to the sedative effect of chloral hydrate and the benzodiazepines. Although the individual levels of any of the benzodiazepines in her system would not have been sufficient to cause death, their combination with a high dose of chloral hydrate led to her overdose.

How many times do we have to see the same story played out in front of our eyes before we understand?

Prescription drug deaths in America just keep going up and up and up.  The following comes from a Scientific American article….

The number of deaths and hospitalizations caused by prescription drugs has risen precipitously in the past decade, with overdoses of pain medications, in particular opioids, sedatives and tranquilizers, more than doubling between 1999 and 2006, according to a new study.

In fact, by 2006, overdoses of opioid analgesics alone (a class of pain relievers that includes morphine and methadone) were already causing more deaths than overdoses of cocaine and heroin combined.

Yet despite all of this, the American people are taking more prescription drugs than ever before.

Everywhere you turn, people are popping pills like crazy.  The following list is from a previous article I authored about prescription drugs in America….

#4 According to the Wall Street Journal, more than 25 percent of all kids in the United States take prescription drugs on a regular basis.

#6 A recent Government Accountability Office report shockingly discovered that approximately one-third of all foster children in the United States are on at least one psychiatric drug.  In fact, the report found that many states seem to be doping up foster children as a matter of course.  Just check out these stunning statistics….

How many more celebrities have to needlessly die before the American people wake up to the truth?

Whitney Houston should not have been taking so many prescription drugs.  Now she has been killed and we will never hear her sing again.

But hopefully millions of people out there will learn a lesson from her death.

Prescription drugs can be absolutely deadly.  It is a huge mistake to get hooked on them. 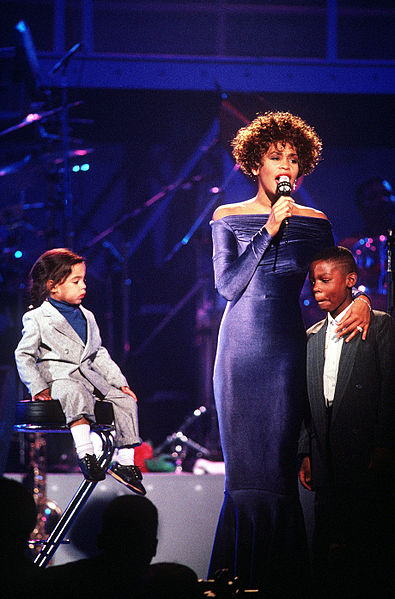