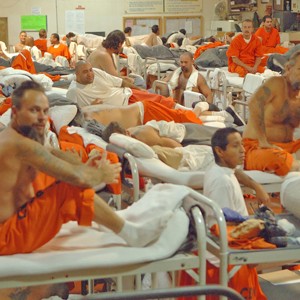 Hearts in America are getting colder even faster than the weather is.  Sometimes it is hard to believe how twisted and deranged many Americans have become.  In order for a society to function efficiently, people need to be able to have a basic level of trust in one another.  Unfortunately, we are rapidly getting to the point in America where it is becoming very difficult to trust anyone that you do not know personally.  As you will see below, the United States is rapidly becoming a cesspool of liars, thieves, murderers, perverts and psychopaths.  Please do not allow any young children to read this article.  All of this material is from mainstream news reports, but a lot of it is too disturbing for young kids to be exposed to.  The reason why I write about this stuff is because there is never going to be any hope of a turnaround in this country until we take a good, long look in the mirror and admit how far we have fallen.  Yes, a lot of these things are almost too horrible to talk about, but as a nation we must understand how bad things have become.  There is evidence of extreme social decay all around us, and it is steadily eating away at the very foundations of our Republic.

The following are excerpts from 12 recent mainstream news reports.  Once again, let me warn you that some of these crimes are so twisted that it is very difficult to even read about them.  But this is how you get an addict that has reached “rock bottom” to change.  You show them how their behavior is literally destroying them and the people around them.  And without a doubt, America is being systematically destroyed by all of this evil.  The following are 12 signs of extreme social decay in America that are almost too horrible to talk about…

#1 ‘Many going to Super Bowl for child sex’ in New Jersey: The Super Bowl has been called the “largest human-trafficking venue on the planet” with many attending the event not to watch football but for sex with men, women and children.

#2 A 13-Year-Old Boy Who Murdered His Cousin Because Of An XBox: A 13-year-old boy who allegedly killed his sleeping 16-year-old cousin after an argument over a video game system was ordered held in custody today by a juvenile court judge, authorities said.

The teen shot his cousin, Raymond Galloway, in the head at around 5:50 a.m. Sunday while Galloway slept in the teen’s bedroom in the 500 block of East 38th Place, according to Chicago police and Cook County prosecutors.

#3 District man charged with fatally stabbing wife during argument over cable bill: A man charged with fatally stabbing his wife in a Northeast Washington apartment had been arguing with her over an unpaid cable bill, which led to a violent confrontation, according to court papers filed in D.C. Superior Court on Monday. A friend found the body of Claudia Hall, 51, on Friday lying on her bed in her residence in the 300 block of 18th Place NE. Police said she had been stabbed in the abdomen and choked, and was pronounced dead at the scene.

Wright had been gunned down at the entrance of the convenience store just minutes before what’s shown in the video, and according to reports, the store clerks didn’t even check to see if he was alive or dead. People came in and out of the store, stepped over him, and acted as if there wasn’t a dead body in front of them.

Joshua Lee Werbicki, 22, was taken into custody on Friday at the Palm Bay restaurant where he works and charged with felony cruelty to animals and misdemeanor criminal sex act with an animal after a video was handed to the police.

Werbicki’s roommate set up the camera after she became suspicious when the dog, a German Shepherd mix, began limping and became startled around people.

#6 Stockton Couple Accused Of Dismembering Roommate, Burning Torso In Campfire: A couple is accused of a grisly crime, killing a man and then dismembering the body. Stockton police say the suspects left a trail of blood that led them to the remains.

#7 Man Accidentally Recorded Himself Installing Hidden Camera to Secretly Record Coworkers Using Restroom: According to the San Antonio Express-News, police said Ray De la Cruz, 44, was arrested Thursday after a coworker found a recording device “taped to the back of a shelf of a storage locker located directly in front of the toilet.”

#8 N.Y. Group Applies To Build Satan Statue At Oklahoma State Capitol: The Satanic Temple unveiled designs Monday for a 7-foot-tall statue of Satan it wants to put at the Oklahoma state Capitol, where a Ten Commandments monument was placed in 2012. The group formally submitted its application to a panel that oversees the Capitol grounds, including an artist’s rendering that depicts Satan as Baphomet, a goat-headed figure with horns, wings and a long beard that’s often used as a symbol of the occult. In the rendering, Satan is sitting in a pentagram-adorned throne with smiling children next to him.

#9 First Grade Teacher Tells Young Child That “Jesus Is Not Allowed In School”: On December 13, 2013, first grader Isaiah Martinez took Christmas gifts intended for his teacher and classmates at Merced Elementary in the West Covina Unified School District. Each gift consisted of a traditional candy cane with a message attached that recited the legend of the candy cane. The legend references a candy maker who created the candy cane to symbolize the life of Jesus Christ.

Isaiah’s older sister told him about the legend of the candy cane and Isaiah asked if he could share it with his teacher and his classmates. Isaiah and his sister then purchased candy canes, printed the candy cane message and tied a copy to each candy cane.

#10 A Man Who Planned The Sexual Abuse Of His Own Daughter Before She Was Even Born: Evidence at Adleta’s trial showed that he abused his son and daughter and the child of another woman, children who ranged in age from 1 to 4.

He also ordered his wife and girlfriend to abuse children and recorded the acts; then he istributed the images as child pornography.

Adleta said nothing at the hearing except to answer, “No, your honor,” when asked by the judge if he had anything to say.

#12 Hundreds of teens trash mall in wild flash mob: A wild flash mob stormed and trashed a Brooklyn mall, causing so much chaos that the shopping center was forced to close during post-Christmas sales, sources said Friday.

Whenever I do an article like this, a few people out there will try to dismiss it by claiming that these are just a few isolated “anecdotes” and that most Americans are “good people” and that we really don’t have a problem at all.

I don’t understand how anyone can possibly come to that conclusion, but for those thinking along those lines I would encourage you to check out the hundreds of other examples of advanced moral decay in America that I have discussed in previous articles.  The following are five of my previous articles to help get you started…

1. “Nation Of Sickos: Should We Be Concerned About The Moral Collapse Of America?”

2. “12 Signs That The Decay Of Society Is Accelerating”

3. “The Knockout Game Is Just A Preview Of The Chaos That Is Coming To The Streets Of America”

5. “20 Shocking Examples Of How Sadistic And Cruel People Have Become”

Of course most people out there already know that this nation is heading in the wrong direction.

Most people out there already know on a very deep level that something has dramatically “shifted” in this nation.

The American people no longer have the same character that they once did.

So what has happened?

Why is there so much social decay all around us? 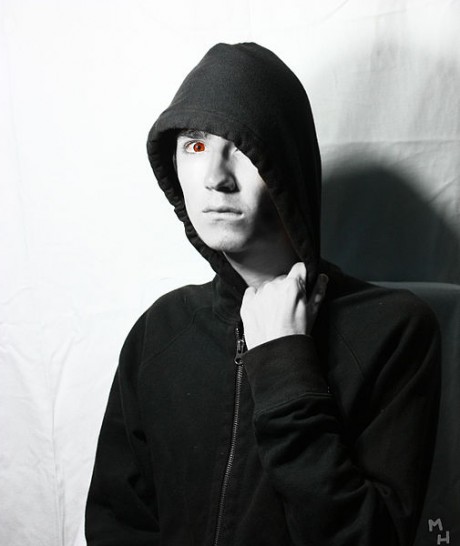