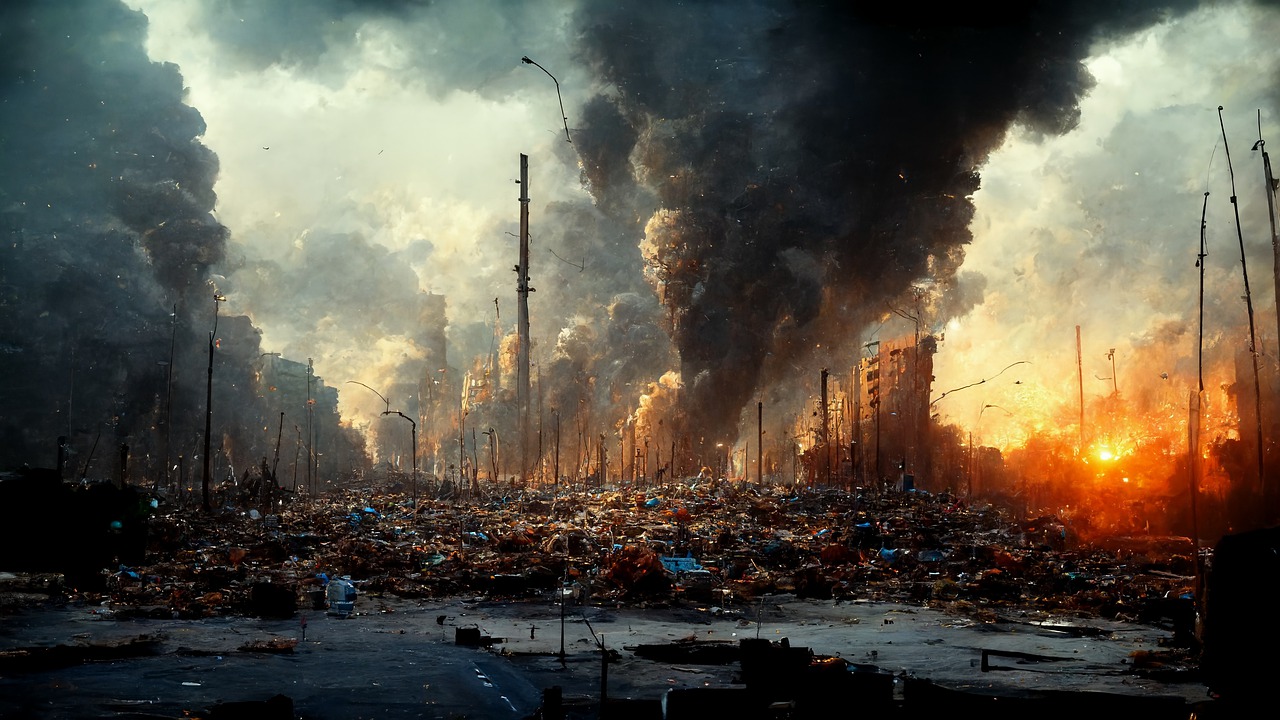 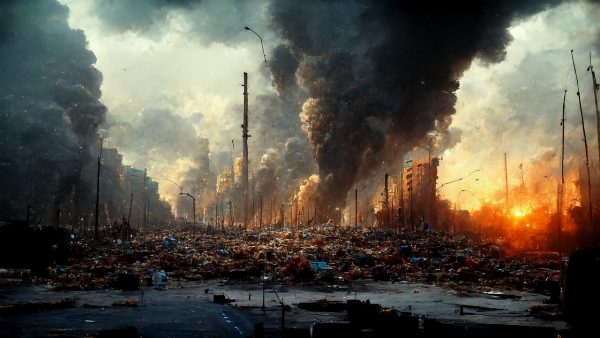 Tensions are on the rise all over the planet, and global conflict will be one of the big trends that we will all be watching in 2023.  And that is extremely unfortunate, because more global conflict won’t be good for any of us.  Considering what we have been through the past several years, we could really use a time of peace.  Sadly, as I write this article it appears that more war is inevitable.  But where will it erupt first?  In recent days, the mainstream media has suggested several potential candidates…

Will it be Serbia?

Things haven’t been this tense between Serbia and Kosovo since Bill Clinton was president.

There have been several alarming incidents over the past month, and now it is being reported that the president of Serbia has just raised the alert level of his military to the “highest level of combat readiness”…

As Russia’s unprovoked war in Ukraine heads towards its one-year anniversary, another European flashpoint is in danger of reigniting a second war on the continent.

Kosovo was at the center of the last all out-war in Europe in the late ‘90s and tensions there have never fully dissipated.

Serbian President Aleksandar Vucic has this week put his army on its “highest level of combat readiness” to protect ethnic Serbian areas in northern Kosovo he says are under threat from Kosovo. Vucic says his military will “take all measures to protect our people and preserve Serbia.”

But I don’t think that Serbia will be first.

The major powers of western Europe are desperate to avoid a second war in their own backyard, and both sides still seem open to a diplomatic solution.

Will it be North Korea?

Just a few years ago, things were going so much better with North Korea.

But now with Joe Biden in the White House any hope for lasting peace has gone out the window.

The North Koreans have been getting increasingly aggressive, and this week they actually sent a drone almost all the way to Seoul.

South Korea’s military fired warning shots, scrambled fighter jets and flew surveillance assets across the heavily fortified border with North Korea on Monday, after North Korean drones violated its airspace for the first time in five years in a fresh escalation of tensions.

South Korea’s military detected five drones from North Korea crossing the border, and one traveled as far as the northern part of the South Korean capital region, which is about an hour’s drive away, South Korea’s Joint Chiefs of Staff said.

I think that the North Koreans were trying to probe South Korea’s defenses.

If this keeps happening, South Korea is promising to “thoroughly and resolutely respond”…

“Our military will thoroughly and resolutely respond to this kind of North Korean provocation,” Maj. Gen. Lee Seung-o, spokesman for the South Korean Joint Chiefs of Staff, said at a press briefing.

Tensions along the militarized border have already been high due to Pyongyang firing off a record number of ballistic and other missiles this year, including a pair fired last week toward Japan. With now days left in 2022, analysts have tracked over 90 missiles fired this year.

Tensions on the Korean peninsula are the highest that they have been in decades, but I don’t think that this will be the first major war to erupt in 2023 either.

Personally, it is my opinion that North Korea will not seriously consider an invasion of South Korea until China invades Taiwan.

Will it be China?

Years ago, a lot of people thought that I was nuts for warning that the U.S. and China would eventually go to war.

And I could definitely understand the skepticism, because our stores are filled with goods made in China and our ties with the Chinese just kept getting tighter and tighter.

But now “the Taiwan issue” has changed everything.

This week, the Chinese “sent 71 planes and seven ships toward Taiwan” in just one 24 hour period…

China’s military harassment of self-ruled Taiwan, which it claims is its own territory, has intensified in recent years, and the Communist Party’s People’s Liberation Army has sent planes or ships toward the island on a near-daily basis.

When China ultimately invades Taiwan, the U.S. and China will instantly be in a state of war.

And once that happens, the flow of goods from China immediately ends.

Are you prepared for that?

But I don’t think that such a scenario will play out just yet.

My personal opinion is that there is another major conflict that is likely to erupt even sooner.

Will it be Iran?

For years, Benjamin Netanyahu pledged that he would never, ever allow the Iranians to build their own nuclear weapons.

Well, the IAEA claims that the Iranians are now “one technical step away” from enriching weapons-grade uranium.

So it is put up or shut up time for Netanyahu.

Either he takes military action or he lives with a nuclear Iran.

Of course if Israel launches an attack on Iran, the Iranians will hit back extremely hard.

In fact, the Iranians just threatened to raze Tel Aviv “to the ground” if Israel decides to attack…

Iran has threatened to raze Tel Aviv ‘to the ground’ in a chilling video explaining how Tehran would respond to an Israeli strike on its nuclear plant.

The two and a half minute video – posted by @MEMRIReports – contains violent footage of missiles going off and several terrifying explosions to demonstrate what would happen to Tel Aviv.

‘This is what the first few minutes of the Iranian response will look like,’ the video explained.

Once this war starts, it is going to be incredibly destructive.

But I don’t think that it will start the way that most people are expecting.

As they say, stay tuned for future developments.

Meanwhile, I believe that things in Ukraine are about to get even more “interesting”.

On Monday, Russian Foreign Minister Sergey Lavrov issued a statement that some media sources are describing as an “ultimatum”…

“Our proposals for the demilitarization and denazification of the territories controlled by the regime, the elimination of threats to Russia’s security emanating from there, including our new lands, are well known to the enemy,” state news agency TASS quoted Lavrov as saying late on Monday.

“The point is simple: Fulfill them for your own good. Otherwise, the issue will be decided by the Russian army.”

Are they trying to give diplomacy one final chance before they take this war to a point of no return?

Because if the Russians launch another massive invasion of Ukraine from the north, there will be no going back.

The Russians continue to move more military assets into position for such a campaign, but that doesn’t mean that it will actually happen.

However, if Vladimir Putin does pull the trigger there will be no hope for a peaceful solution.

Meanwhile, the Russians continue to try to frame this conflict as a great battle between good and evil.  In fact, a commercial has just been released that portrays Vladimir Putin as a Santa Claus figure that is delivering a boy from the twisted values of the western world…

Russian President Vladimir Putin has been portrayed as Santa in an anti-Western propaganda video released on the country’s social media.

The film – made by a production company called Signal – depicts ‘Santa Putin’ swapping a photograph of a child’s same-sex parents for one of a mother and father, and gifting the boy being raised as a girl a football, toy cars and a drum kit.

The video feeds into Russian prejudices about Europe and the United States which have been fuelled by pro-Kremlin propagandists during the war in Ukraine to frame the conflict as a clash of values between Russia and Ukraine’s western allies.

I would very much encourage you to watch the video.  It will give you some insight into how the Russians really view their conflict with the west.

The Russians truly consider themselves to be “the good guys”, and they believe that the western powers are an existential threat to the future of their civilization.

Meanwhile, the Biden administration and the western European elite also consider themselves to be “the good guys”, and they believe that the Russians must be crushed at all costs.

Unfortunately, leaders on both sides are not exactly behaving rationally at this juncture, and this has brought us to the brink of a global war of cataclysmic proportions.

In case you haven’t noticed, Russia, China, North Korea and Iran have all been deepening ties with one another.

Three of them already have nuclear weapons, and Iran will be able to construct their own nukes soon.

Perhaps we should pull back from the precipice before the missiles start flying.

Rational leaders would be looking for a peaceful way out of this mess.

Sadly, rational behavior among our leaders is in very short supply at this point.