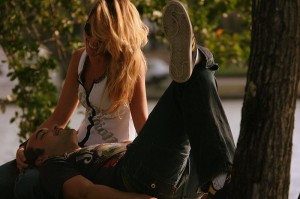 There are very few subjects that get people more fired up than the subject of sexuality.  In fact, almost all of the highly contentious “social issues” that have America so deeply divided today have something to do with sexuality.  Many Americans are pretty clueless when it comes to the economy, but when it comes to abortion, sex education, gay marriage, teen pregnancy or sexually transmitted diseases almost everyone has a very strong opinion.  If you try to convince someone that they are wrong about any of these issues, most of the time you will be fighting a losing battle.  Most Americans simply do not want to be told what to do when it comes to sexuality.  But attitudes toward sexuality have definitely changed in America over the decades.  In the early part of the 20th century most Americans followed strict rules when it came to sexuality, but then along came the “sexual revolution” and all of that changed.  Today, most Americans consider the loose sexuality in our society to be a very good thing.  Most Americans are glad that they can have sex with any other willing adult partner (or partners) any time they want to.  But has this been good for America?  Is it better to have a society with loose sexuality or a society with strict rules for sexuality?

In our public schools, the mechanics of human sexual behavior are taught to students as young as five years old.  Most of the time this is done without any sort of moral commentary whatsoever.  Usually, the only thing our children are taught about sexual responsibility is to “use a condom” – as if that is going to solve much of anything.

So has all of this loose sexuality made America a better place?

Have there been any negative consequences for the choices that we have made?

Sadly, there have been….

The Destruction Of The Family Unit

A lot of young Americans are wondering why they should get married if they can run around as single people and have sex with whoever they want to.

The United States also has the highest divorce rate in the world by a wide margin.

What this means is that there are a lot less “family units” than there used to be, and America has become a very lonely place.

Today, the United States has the highest percentage of one person households on the entire globe, and that is not a good thing.

That is not something to be proud of.

Casual sex has become something that is expected of our teens.  The following is from a survey of teen girls done by Tyra Banks….

Are these the kind of “values” that we want to export to the rest of the world?

The Explosion Of Sexually Transmitted Diseases

Over the past several decades, we have seen an absolute explosion in the number of cases of sexually transmitted diseases in the United States.

According to one study, one out of every four teen girls in the United States has at least one sexually transmitted disease.

Despite millions upon millions of dollars spent promoting the use of condoms, STD numbers continue to be at epidemic numbers in the U.S. and in nearly every other country in the western world.

According to the CDC, there are 19 million new cases of syphilis, gonorrhea and chlamydia in the United States every single year.

Yes, there are lots of people out there that love to mock those that believe in saving sex for marriage, but those that aren’t sleeping around are not picking up these diseases either.

It often goes unsaid, but the truth is that sexuality is at the very heart of the debate over abortion in America.

One very shocking study discovered that 86 percent of all abortions in the United States are done for the sake of convenience.

In essence, abortion has become a form of birth control for many Americans.  Today, 41 percent of all New York City pregnancies end in abortion.

That is a whole lot of babies that are not being born.

Overall, there have been more than 53 million abortions performed in the United States since Roe v. Wade was decided back in 1973.

America is a nation that is deeply addicted to pornography.

Americans are so addicted to pornography that many of them can’t even wait until they get home to view it.  One survey found that 25 percent of all employees that have Internet access in the United States visit pornography websites while they are at work.

Sadly, many of the victims of pornography are some of the most vulnerable members of our society.  Law enforcement officials estimate that about 600,000 Americans and about 65,000 Canadians are trading dirty child pictures online.

As loose sexuality has spread around the globe, so has human trafficking.

• Eighty-three percent of victims in confirmed sex trafficking cases in the U.S. in 2010 were American citizens

Human trafficking could be going on in the town where you live and you might not ever even know about it.

The following is what one CNN reporter witnessed at one truck stop down in North Carolina recently….

The woman sports baggy shorts, a white T-shirt and frizzy hair. Her fat middle-aged pimp sits in a beat up red Honda, watching as his “lot lizard” moves from truck to truck, in broad daylight.  If this pimp has a cane it is for substance, not style.

She moves through the parking lot, occasionally opening a cab’s passenger-side door and climbing in.

The trucker and hooker disappear in the back for 10 minutes.

Danielle Mitchell watches from the other end of the parking lot and shakes her head.

“We know from talking to other victims and other agencies that girls are taken to truck stops and they’re actually traded,” she says, sitting in her car, a shiny silver sport utility vehicle, keeping a healthy 50-yard distance from the pimp.

All of these consequences are a very high price to pay for loose sexuality.

And sexual looseness has become so pervasive in our society that there is virtually nowhere you can go to get away from it.

Former Lakewood High School band director Raphael McLean went on trial this week, accused of having sex with a 15-year-old student in his office inside the band room.

But his attorney, Val Shealey, offered a novel defense: that McLean had sex there with an adult, not a student; specifically with a guidance counselor.

And on Wednesday that guidance counselor, Danielle Johnson, testified, “I performed oral sex on Mr. McLean in his office.” She said she did so twice, in the winter of 2010.

Almost every single day now there is another news story about a teacher having sex with a student.

In another incident, a teacher that had actually been convicted of having sex with a student did not learn her lesson.  During an unannounced visit, a probation officer found that same student that she had been having sex with previously hiding in her closet….

If only parents knew what was going on in these public schools.

These days, even police officers are having sex with high school students….

A veteran San Jose police officer was arrested Wednesday on suspicion that he engaged in sexual acts with a two teenage boys.

Police from Gilroy took Patrick D’Arrigo into custody at the San Jose Police Department where he was charged with unlawful sex activity with a 15-year-old boy and a 17-year-old boy.

Several generations of Americans have been raised in an environment of loose sexuality and we are seeing the results.

What is going on “behind closed doors” in some parts of the country is absolutely frightening….

Sadly, none of this is going to change.

In fact, all of the public opinion polls show that the American people are more in favor of loose sexuality than ever before.

In other western nations, we are seeing some crazy things along these lines.  Just check out what is happening in Alberta, Canada….

Under Alberta’s new Education Act, homeschoolers and faith-based schools will not be permitted to teach that homosexual acts are sinful as part of their academic program, says the spokesperson for Education Minister Thomas Lukaszuk.

This kind of thing is going on other places as well….

*In the UK, pop star Will Young recently told the BBC that he believes that any minister that says gay marriage is wrong should be prosecuted for a hate crime.

*In Germany, parents that try to hold their children out of state-mandated sex education classes are actually sent to jail.

In the years ahead, we will increasingly see law enforcement be used as a tool against those that dare to speak out against loose sexuality.

But shouldn’t those that are alarmed about the consequences of loose sexuality have the freedom to speak out about that?

Shouldn’t we be able to have an honest discussion about sexuality in our society?

In the final analysis, it is highly unlikely that America (or any other western nation) is going to change direction any time soon.

But hopefully this article will get some people talking about these issues. 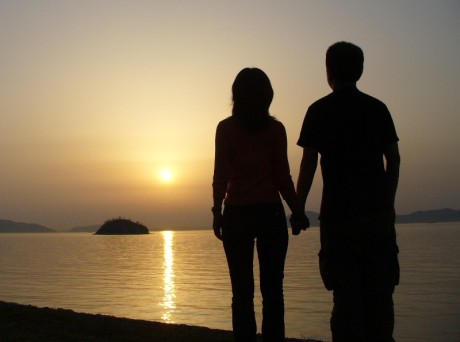