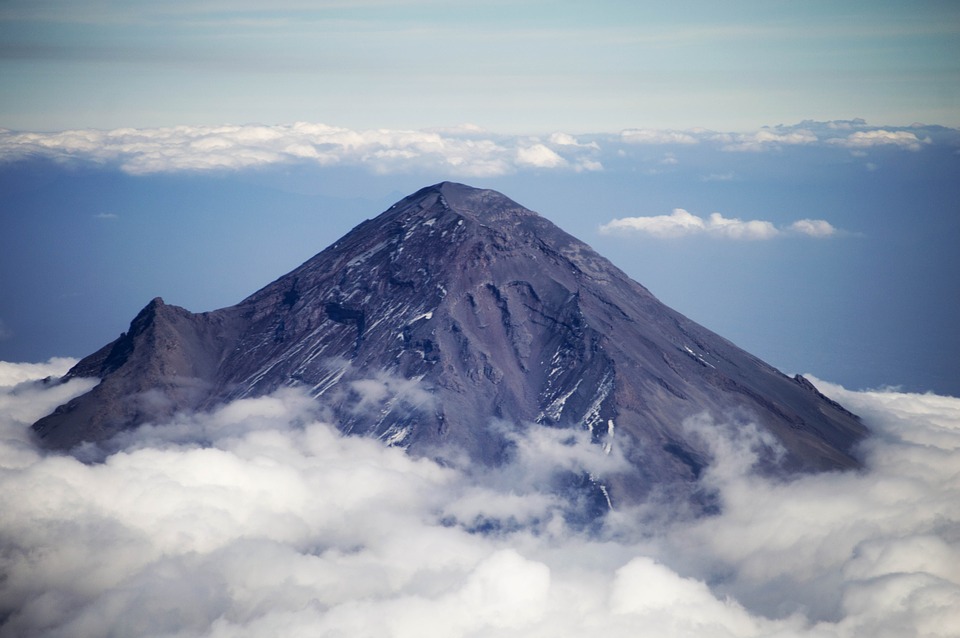 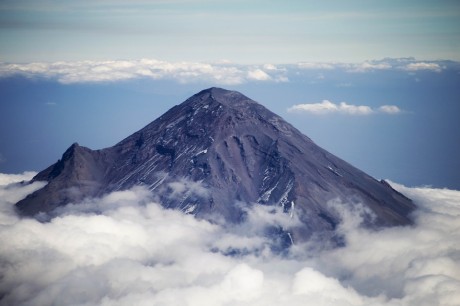 More than 25 million people live in the vicinity of Mt. Popocatepetl, including Mexico City’s 18 million residents.  At 2:32 local time on Tuesday morning, the most dangerous volcano in Mexico roared to life in spectacular fashion, and this has many experts extremely concerned about what is coming next.  Popocatepetl is an Aztec word that means “smoking mountain”, and historians tell us that once upon a time entire Aztec cities were buried in super-heated mud from this volcano.  In fact, the super-heated mud flows were so deep that they buried entire Aztec pyramids.  A full-blown eruption of Mt. Popocatepetl would be a catastrophe unlike anything that modern Mexico has ever experienced before, and considering what has been happening in Ecuador, Japan and at Yellowstone over the past week, I believe that there is great reason for concern.

The eruption of Mt. Popocatepetl very early this morning took residents of the area very much by surprise.  The following is how one Mexican news course reported the news…

The volcano Popocatépetl came to life at 2:32 this morning, sending out a column of ash that fell on much of the city of Puebla and closed the airport.

The National Disaster Prevention Center, Cenapred, said the volcano spewed ash to an altitude of about three kilometers above the crater.

The explosion was accompanied by the emission of incandescent fragments which were reported to be landing up to 1.6 kilometers away, northeast of the volcano, which is commonly known as El Popo.

But words cannot really describe just how spectacular this eruption was.  If you are interested, you can view video footage of the moment when Popocatepetl erupted right here…

Meanwhile, seismologists all over the globe are speculating about which area of our planet may be hit next.

For example, scientists in India believe that the tremendous amount of tectonic strain that has built up out there could ultimately produce a magnitude 8 or magnitude 9 earthquake, and they are convinced that this quake “can come at any time”…

A subduction process similar to the one that caused the Ecuadorean quake is happening under the Himalayan region as well, where the Indian plate is getting inside the Chinese landmass.

This northward push has been creating a huge amount of tectonic strain in the region, making it particularly prone to earthquakes.

Scientists believe there is so much energy stored in the area that an earthquake of magnitude greater than 8, possibly even 9, would be needed to release it. This earthquake can come at any time.

Here in the United States, some experts are deeply concerned that the west coast is particularly vulnerable.  One of those experts is former USGS scientist Jim Berkland.  The following is what Wikipedia has to say about him…

Jim Berkland studied geology at the University of California, Berkeley earning the Bachelor of Arts degree in 1958. Thereafter he worked for the United States Geological Survey while pursuing graduate study. In 1964, he took a position at the United States Bureau of Reclamation.[3] After further graduate study, he taught for a year at Appalachian State University, 1972–1973, then returned to California to work as County Geologist for Santa Clara County from 1973 until he retired in 1994.[4]

During a recent interview with Bobby Powell, Berkland explained that most “megaquakes” take place either during a new moon or a full moon, and he pointed to the San Andreas Fault and the Cascadia Subduction Zone as areas that he is particularly concerned about at the moment…

Is “The Big One” imminent? Famed USGS scientist Jim Berkland, the man who predicted the Loma Prieta “World Series Earthquake,” has a terrifying warning for the West Coast of the US in the wake of massive earthquakes in Ecuador and Japan that have left hundreds dead, awakened volcanoes around the Pacific Ocean’s “Ring of Fire,” and kicked off earthquake swarms in Hawaii, Arizona, and Yellowstone National Park.

“Beware the new and full moons,” Berkland says in this exclusive interview. The “maverick geologist” says that 20 of the last 25 “megaquakes” have occurred on the dates of new and full moons, the result of “equinoctal tides,” extreme gravitational forces that cause solid earth to expand and contract much as ocean tides rise and fall.

Berkland says that he is particularly worried about the San Andreas Fault in the LA Basin and the Cascadia Subduction Zone along the coast of Oregon and Washington State, where a long overdue earthquake would undoubtedly be accompanied by a massive tsunami that could kill thousands and cause billions of dollars in property damage.

But what we can say with certainty is that the crust of our planet is becoming increasingly unstable.  Our world is being pummeled by dozens of earthquakes of magnitude 4.0 or greater, and as you read this article a total of 38 volcanoes are erupting worldwide.

And it is quite interesting to note that in 1906 there were major earthquakes in Ecuador and Japan that preceded the historic San Francisco earthquake.

On January 31st, 1906 an enormous magnitude 8.8 earthquake hit Ecuador, and that was followed by a magnitude 7.1 earthquake in Japan on March 17th.

Of course most Americans have already heard about the magnitude 7.8 earthquake that hit San Francisco on April 18th of that year, but most people don’t understand that it came in the context of these other major quakes.

Could we be witnessing a similar pattern today?

In Matthew 24, Jesus warned us that earthquakes in diverse places would be one of the signs that His return was drawing near.  He also explained that the time immediately preceding His return would be the worst time in all of human history.

Could it be possible that we are now entering that period of time?