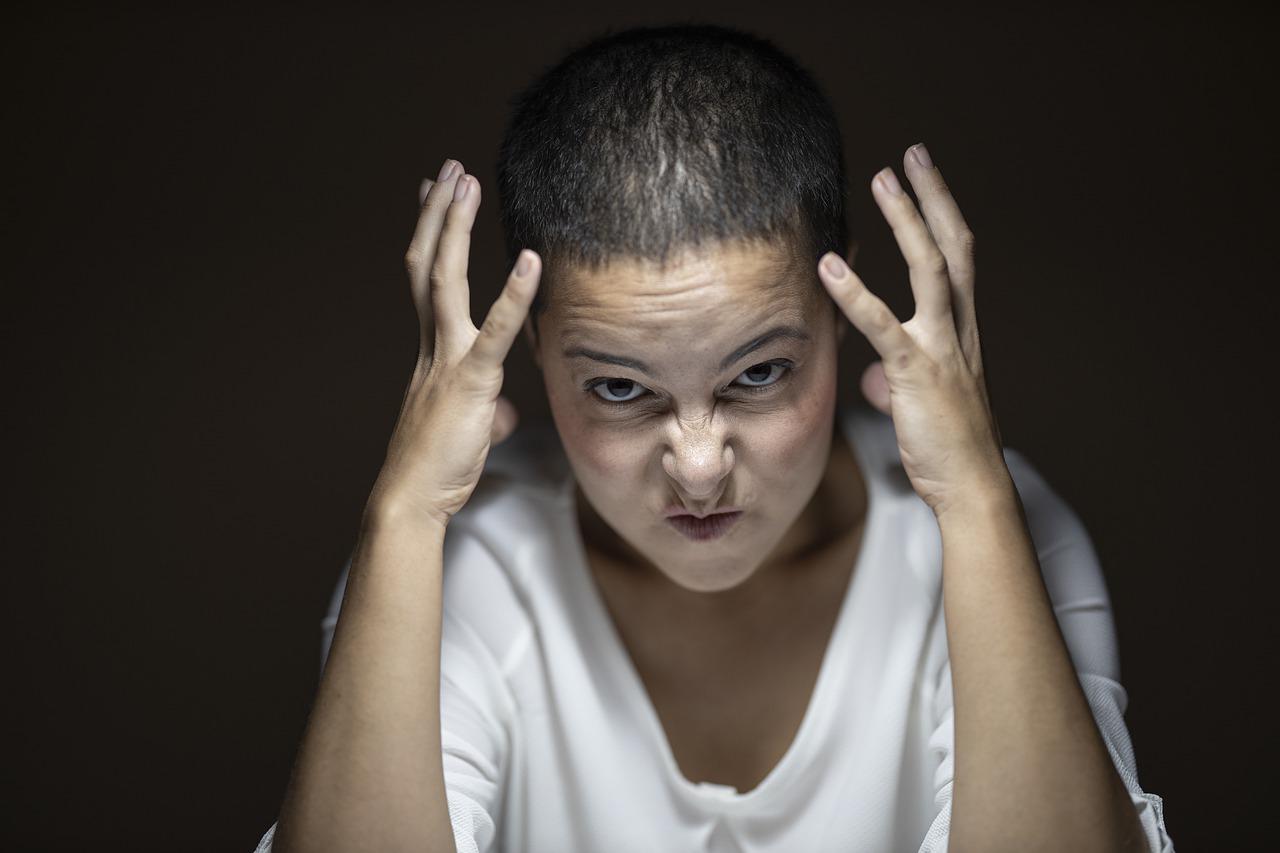 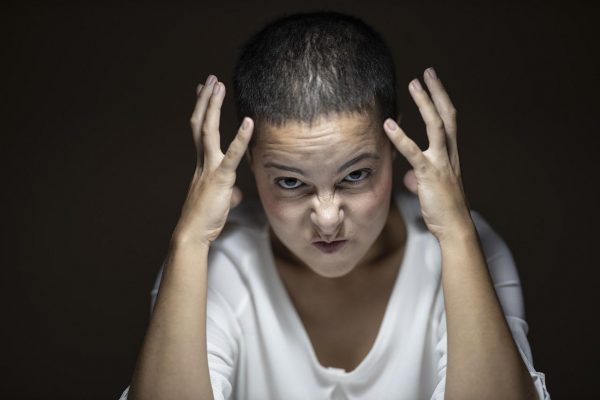 Roe v. Wade was never the biggest obstacle that pro-life forces were facing.  Of course if Roe is overturned it will be one of the best things to happen in this nation in decades.  And Roe must be overturned before any U.S. states can actually take the step of outlawing abortion.  So I am not downplaying the significance of Roe v. Wade.  However, as you will see below, we have a far bigger problem than Roe v. Wade in front of us, and it is a problem that cannot be fixed by a court of law.

There are many people out there on both sides of the debate that think that the number of abortions in the U.S. will go way down if Roe v. Wade is overturned.

But that is not true.

According to an expert that was quoted by USA Today, the number of abortions in the U.S. will only drop by 13 percent if the Supreme Court does away with Roe…

Caitlin Knowles Myers, a professor of economics at Middlebury College, said if abortion is severely restricted or banned in the 26 states where that is anticipated should Roe be overturned, the number of abortions in the nation could fall as much as 13%.

Research has shown that increases in distance to clinics are associated with lower abortion rates, especially for women with limited resources and difficult personal circumstances.

The abortion industry is absolutely horrified that we could witness a 13 percent shift, but that would mean that 87 percent of the abortions that are happening now would still take place if Roe was overturned.

So if Roe is overturned, what we really need is for laws that would completely ban abortion to be passed all over the nation.

As I discussed the other day, the laws that are currently in place in many states that would restrict abortions after the six, eight, fifteen or twenty week marks would not actually ban most abortions.

If we want to end abortion, we need to pass laws that ban it from “the moment an egg is fertilized”, and that is what some brave lawmakers in Louisiana are trying to do…

Louisiana already has trigger laws to ban abortion statewide should Roe v. Wade be overturned. HB813 looks to take things a step further to classify a person as the moment an egg is fertilized. It would provide the unborn fetus the same protections as someone who has been born and classify abortion as murder.

It is unclear if that bill actually has a chance of becoming law.

And the truth is that only in a handful of the reddest of the red states would such bills have a prayer.

The reason why this is true is because Americans overwhelmingly support Roe v. Wade, and that is an absolutely gigantic problem.

Gallup has shown that support for Roe has held fairly steady since the late 1980s.

Court documents leaked to the press last night indicate the U.S. Supreme Court may be preparing to overturn the landmark Roe v. Wade decision on abortion. In 2021, 58% of Americans opposed overturning the decision, while 32% were in favor. https://t.co/y48qrRhfd3 pic.twitter.com/2ZdMf40quS

And surveys from recent years suggest that support for Roe may have actually increased.

For example, an NBC News survey conducted in 2020 found that support for Roe had risen to 66 percent…

In 2020, data from NBC News showed that 66 percent of adults didn’t believe the Supreme Court should completely overturn it either.

Also, a survey that was conducted by CNN earlier this year found that support for Roe had actually reached 69 percent…

Responding to Newsweek’s request for comment, Senator Warren’s representatives pointed to a CNN poll in January 2022, which found that 69 percent of Americans were opposed to overturning the decision.

Other recent polls have come up with numbers that are a bit lower, but they all show an absolutely enormous gap between those that support Roe and those that want it to be overturned.

Needless to say, that is a glaring problem that is not going to be solved overnight.

Tens of millions of hearts need to be changed, and ultimately that is a spiritual matter.

Most Americans want to be free to run around having sex without any “long-term consequences”.

And when U.S. women do decide to have abortions, most of the time it is simply because they want to get rid of their babies.

The Guttmacher Institute does the stats for Planned Parenthood.

These are the stats from the Guttmacher Institute. 👇🏻 pic.twitter.com/zMfrnqPItl

As I keep warning, we are likely to see a tremendous amount of violence once Roe is officially overturned, because pro-abortion activists have become more militant than ever before.

In anticipation of the coming riots, authorities in D.C. are already putting up very tall fencing around the Supreme Court building…

Tall fencing started going up around the Supreme Court in northeast Washington, D.C. on Wednesday evening as tensions rose between protesters following the leak of a draft opinion that signaled an impending overturn of Roe v. Wade.

Workers erected the massive fencing around the perimeter of the marble building just east of the U.S. Capitol building as Justices began canceling public appearances amid warnings protests could get increasingly violent.

And due to concerns about potential violence, Justice Alito canceled a public appearance that he was scheduled to make on Thursday…

U.S. Supreme Court Justice Samuel Alito has canceled an appearance at a judicial conference set to begin on Thursday after a draft decision he wrote indicating the high court would overturn its landmark 1973 Roe v. Wade decision that guaranteed the right to abortion nationwide was leaked.

Alito had been set to appear at the 5th U.S. Circuit Court of Appeals’ judicial conference, a gathering of judges from the New Orleans-based federal appeals court and the district courts of Louisiana, Mississippi and Texas, a person familiar with the matter said.

These people are seething with hatred, and now they are spreading the home addresses of conservative Supreme Court justices all over the Internet…

Days after the leak of a draft opinion indicating the Supreme Court is prepared to overturn Roe v. Wade, left-wing activist groups are calling for protests at the home of “six extremist” Supreme Court justices.

Those justices and their families are going to have to go into hiding for the foreseeable future.

I wish that wasn’t true, but this is where we are at as a society today.

If you want to get an idea of how truly demonic these activists can be, just check out what conditions were like at a protest in Arizona earlier this week.

We believe that everybody has the right to life. Yesterday we went to the capitol to have conversations about how Kari Lake believes in defending the rights of the unborn. This is how the tolerant left reacted:#prolife #prochoice #roevwade #life #karizona @KariLake pic.twitter.com/ETuOgDgLEF

If Roe is officially overturned, we will see scenes like that in major cities all over America on a regular basis.

They intend to use violence, intimidation and rioting as political weapons, and to a certain degree it might just work.

Because the truth is that many politicians are cowards.

But if we do not try to end abortion now, we may not get another chance.

More than 60 million children have already died since 1973, and for years I have been warning that time is running out for our country.

Unfortunately, surveys just keep showing that those of us that love life are greatly outnumbered by those that value the “convenience” of abortion.

Until we are able to turn the tide and shift the momentum, nothing much is truly going to change in this country.