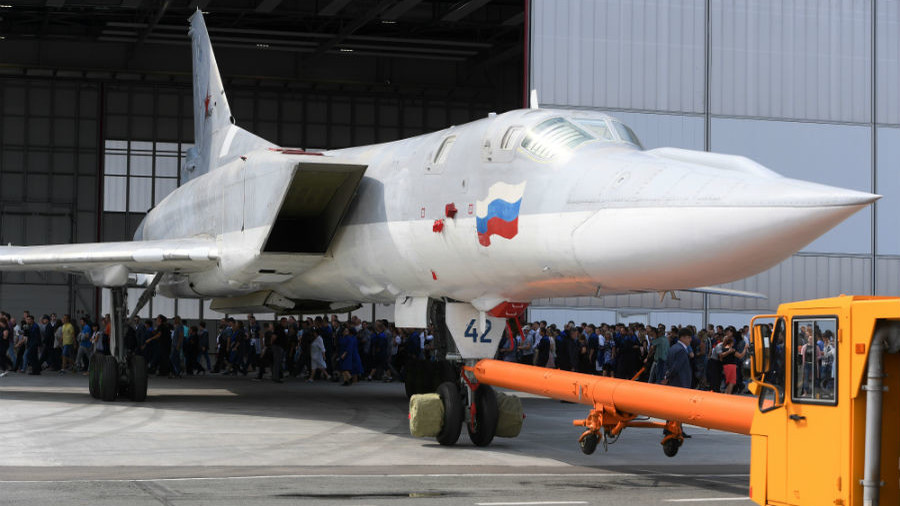 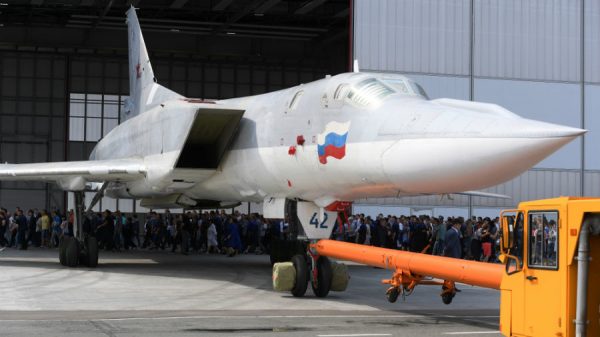 Most wars are won well in advance, and Russia and China are both feverishly preparing to win the next major world war between global superpowers.  Meanwhile, the U.S. military has been focused on “fighting terrorism” and projecting U.S. power in a “post-Cold War” environment.  Of course the truth is that a new “Cold War” has now erupted, and Russia and China can both see the writing on the wall and they are both developing impressive new weapons systems.  Unfortunately, our military planners seem to think that war with Russia and/or China is not very likely, and as a result our strategic forces have aged nearly to the point of obsolescence.  In fact, a 60 Minutes investigation discovered that our nuclear forces were still using technology from the 1960s and 1970s, including rotary phones and enormous 8-inch floppy disks.  Most Americans assume that we would easily win a military conflict with Russia and/or China due to our “vast superiority”, but in this article you will see that is not necessarily the case.

Let’s start with Russia.  Earlier this month, we learned that they have launched a new generation of supersonic strike bombers…

The Tu-22M3M is a ‘deep moderisation’ of the Tu-22M3 which Russia’s air force has about 100 in service and used extensively in missions over Syria in support of the Assad regime.

Known as “carrier killers”, these enormous bombers can travel vast distances to reach their targets…

The Tu-22M3M jet is designed to strike sea and ground targets at a distance of up to 2,200km (1,367 miles) using bombs and guided missiles. The modified plane has a more comfortable cockpit, can travel longer distances, and fly faster due to its more powerful engine. About 80 percent of its electronics was updated, the plane’s manufacturers say.

It will also be equipped with formidable new weaponry to match its capabilities. The plane will be fitted with the newest long-range anti-ship cruise missiles, Kh-32s, which will allow it to attack large naval groups, according to Senator Viktor Bondarev.

Of much greater concern are the brand new intercontinental ballistic missiles that Russia has developed that are far superior to anything that the U.S. possesses.  The following comes from ABC News…

The Sarmat is a heavy ICBM intended to replace Russia’s aging, Soviet-era missiles that form the basis of its nuclear deterrent. The Sarmat, which NATO named “Satan 2,” has been in development since at least 2011 and is believed to be able to carry an increased number of nuclear warheads and has an increased range.

The Sarmat was among the arsenal of new “invincible” nuclear weapons that Russia’s president Vladimir Putin touted in a speech in March and that included a nuclear-powered cruise missile and a hypersonic intercontinental missile.

The Sarmat weights more than 200 tons, it can fly approximately 16,000 miles, and a single missile is capable to destroying an area the size of Texas.  Each missile can carry 10 large nuclear warheads or 16 smaller ones, and each one of those warheads can be targeted independently.

That means that one missile goes up, and up to 16 warheads come down on up to 16 different targets.

Now let’s talk about China for a few moments.  The Chinese are developing autonomous AI robotic subs that will be capable of hitting targets anywhere on the entire globe…

China is developing large, smart and relatively low-cost unmanned submarines that can roam the world’s oceans to perform a wide range of missions, from reconnaissance to mine placement to even suicide attacks against enemy vessels, according to scientists involved in these artificial intelligence (AI) projects.

The autonomous robotic submarines are expected to be deployed in the early 2020s. While not intended to entirely replace human-operated submarines, they will challenge the advantageous position established by Western naval powers after the second world war. The robotic subs are aimed particularly at the United States forces in strategic waters like the South China Sea and western Pacific Ocean, the researchers said.

Since they do not require human crews, these robotic subs will be able to be operated at a very low cost.

And this is part of China’s long-term plan to ultimately be able to win a war against the United States.  Last month, leaked Chinese documents gave us some insight into what they are planning…

The documents read: “As we open up and expand our national interests beyond borders, we desperately need a comprehensive protection of our own security around the globe.”

The report adds a military expansion will allow China to “more effectively create a situation, manage a crisis, contain a conflict, win a war, defend the expansion of our country’s strategic interests in an all-round fashion and realise the goals set by the party and Chairman Xi”.

At this point, even the brass at the Pentagon admits that the Chinese military is training “for strikes against US and allied targets”…

China is actively developing its fleet of long-range bombers and “likely” training its pilots for missions targeting the US, according to a new Pentagon report.

“Over the last three years, the People’s Liberation Army (PLA) has rapidly expanded its overwater bomber operating areas, gaining experience in critical maritime regions and likely training for strikes against US and allied targets,” the report said.

Of course we don’t know everything, and the Russians and the Chinese are inevitably developing systems that will end up being a complete surprise during the next world war.

For instance, some U.S. officials are speculating that a strange Russian satellite that is behaving very unusually may be some sort of a weapon…

A mysterious Russian satellite displaying “very abnormal behaviour” has raised alarm in the US, according to a State Department official.

“We don’t know for certain what it is and there is no way to verify it,” said assistant secretary Yleem Poblete at a conference in Switzerland on 14 August.

She voiced fears that it was impossible to say if the object may be a weapon.

Meanwhile, gridlock in Washington has produced a military that is deeply unprepared for a conflict between the superpowers.  The following excerpt comes from a recent piece by Dr. Peter Vincent Pry…

• Since the Cold War, U.S. strategic bomber bases have declined from 45 to 3, making a Russian first strike much easier.
• Since the Cold War, U.S. ballistic missile submarines have declined from 30-40 to 14 today, scheduled to decline to 12 in the future, enough to sustain daily patrols by only 4-6 boats to deter surprise attack.
• Russia’s modern ICBMs have yield-accuracy combinations enabling them to make a surprise first-strike destroying all U.S. bombers, ICBMs and submarines at port (one-half to two-thirds of all submarines).
• Russia has advanced Third Generation nuclear weapons, such as Super-EMP warheads, that could paralyze U.S. nuclear forces, including strategic C3 necessary for any surviving U.S. submarines at sea to retaliate.
• Russia has at least a tenfold advantage in tactical nuclear weapons, and at least a twofold advantage in overall numbers of nuclear weapons.

If we continue down this path, it is entirely possible that someday the Russians or the Chinese may conclude that a surprise first strike on the United States is possible and that a nuclear war is entirely winnable.

And this could especially be true for the Russians, because they have the most advanced anti-missile systems on the entire planet and can easily handle just about anything that we can throw at them.

The decisions that are being made right now could ultimately determine who wins the next war, and right now the U.S. is not making very wise choices.