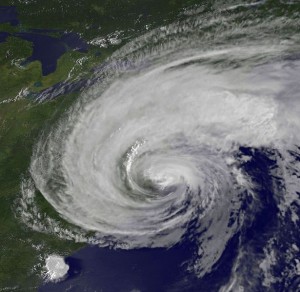 If you are just starting to prepare for Hurricane Sandy, the truth is that you are already too late.  Most of the essential supplies have already been stripped from store shelves.  If you don’t have an emergency generator, you might be without power for quite some time.  It is being estimated that up to 10 million people could lose power during this storm, and it is already being projected that some people may end up being without power for a week or more in the worst hit areas.  Hopefully you have already boarded up your windows.  They can be broken very easily during a hurricane, and you certainly don’t want to be dealing with a broken window during the worst moments of the storm.  Those that have prepared ahead of time are likely to be in good shape to ride this storm out, but sadly the reality is that most people have not prepared ahead of time.  Every time a major storm or natural disaster strikes, we always see the same thing happen.  Hordes of half-crazed people storm into the stores hoping to find the things that they need, and many of them end up leaving disappointed because what they were looking for has already sold out.  Thankfully, most of our “disasters” have typically only lasted a few days at most, but what will happen someday if a disaster ends up being permanent?  What if there is a disaster that is so bad someday that things never return to “normal”?  Would you and your family be able to survive on only the preparations that you have made so far?

Hopefully Hurricane Sandy will be a wake up call for a whole lot of people.  It is being projected that this storm will affect about 50 million Americans, and it is already been called “worse than Katrina” by some meteorologists.  It is an absolutely gigantic storm.  It is more than 1000 miles across and it is the largest hurricane to hit the U.S. since records of storm size began to be kept back in 1988.  According to the National Oceanic and Atmospheric Administration, the destructive potential of this storm is rated 5.8 on a scale that goes from 0 to 6.  So needless to say, referring to this storm as “the Frankenstorm” does not quite do it justice.  It is being touted as the worst storm to hit the east coast in 100 years.

According to Stu Ostro, a senior meteorologist at the Weather Channel, this is truly a history making storm…

“History is being written as an extreme weather event continues to unfold, one which will occupy a place in the annals of weather history as one of the most extraordinary to have affected the United States.”

So a lot of Americans are about to find out exactly how prepared they really are for a major natural disaster.

High winds of 80 MPH or higher are going to take down power lines all over the northeast over the next few days.  Along the coast, some people could see a storm surge that is up to 15 feet above sea level in some areas.  Other areas will see nightmarish flooding as a result of very heavy rain.

So there will certainly be a lot of challenges.  The good thing about a hurricane is that you typically have at least a few days in advance to make preparations.  Hopefully people have been making good use of the time.

Unfortunately, most Americans do not even have a short-term supply of food and water stored up.  A lot of people run out to grab some food and water from the stores at the last minute, only to find that there is none left.

For example, it is being reported that store shelves all over New York City have already been picked clean of bread and other essentials.

In Arlington, Virginia it is being reported that some supermarkets are already sold out of water.  If the worst happens and some people end up spending a week without tap water they are really going to wish that they had made some preparations ahead of time.

But food and water are not the only things in high demand.

According to CNN, other emergency supplies have been flying off the shelves as well…

Generators, flashlights, water, batteries — these are just some of the emergency supplies that are running out in many stores in the Northeast.

Nearly a third of the country’s northeast is preparing for Hurricane Sandy, which expected to make landfall on Sunday and Monday. Customers who have been flocking to stores may be coming home empty handed.

Fortunately this is only a temporary emergency, but what if we have a “permanent” emergency someday?

What will people do if they can’t find the things that they desperately need all of a sudden?

According to Fox News, one store in Ohio is reporting that people are actually calling from other states to see if they still have any supplies…

An assistant manager at a Lowes store in Columbus, Ohio, told 10TV.com that people were calling in from West Virginia and Maryland to ask for supplies.

And in northern Virginia, a cashier at Pitkins Ace Hardware in Dale City said batteries, flashlights and candles were flying off the shelves, PotomacLocal.com reports.

When will people learn?

For a hurricane, you need to be prepared to be able to survive for at least a week without any help from the outside world.  In the most extreme situations (such as in the aftermath of Hurricane Katrina) the state of emergency created by a hurricane can last even longer.

So exactly how should one prepare for a hurricane?

To prepare for a hurricane, you should take the following measures:

— A three-day supply of water, one gallon per person per day.

— Whistles for each person.

— A seven-day supply of medications.

— A multipurpose tool, with pliers and a screwdriver.

— A sleeping bag for each person.

— A camera (to document storm damage).

— Tools and supplies for securing your home.

— An extra set of house keys.

— An extra set of car keys.

— An emergency ladder to evacuate the second floor.

— Charcoal and matches, if you have a portable grill. But only use it outside.

But in the final analysis, preparation is going to look a little bit different for every family.

If you live along the coast, there is a good chance that you will need to evacuate.  If you live farther inland, you will probably be able to hunker down exactly where you are.

Hurricane Sandy will come and go, but hopefully millions of Americans will learn some lessons about preparation from this crisis.  One of these days we may have a disaster that lasts much longer such as a major economic crisis, an EMP attack, a nightmarish pandemic or a major war.  If we cannot handle a disaster that lasts for just a couple of days, what chance are we going to have at surviving something that lasts for months or even years?

That is something to think about.  Hopefully we will all reflect on emergency preparedness over the next few days.  Our world is becoming increasingly unstable, and eventually there will come a point where we will find ourselves totally dependent on the preparations that we have made. 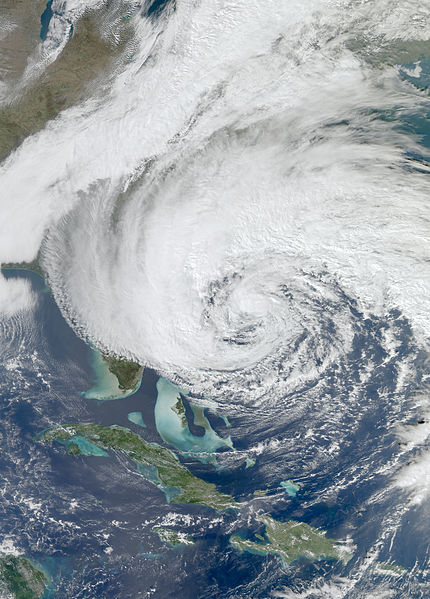