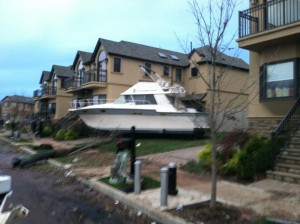 Will Hurricane Sandy turn out to be Obama’s Katrina?  When the storm first hit, the media was full of praise for the way that Barack Obama was handling the crisis.  But that was just based on the bold statements that Obama was making at the time.  If those statements are not backed up by actions, what good are they?  Obama has always been good with words.  Unfortunately, several days after the storm it has become apparent that the federal response to Hurricane Sandy has been absolutely nightmarish.  Large areas affected by the storm are still without power, and authorities now say that some power outages could persist until late November.  Due to the lack of power and widespread transportation disruptions, very few gas stations are open right now.  On Thursday, officials estimated that more than 80 percent of the gas stations in New Jersey were closed, and the lines at the stations that were still open were so long that some people had to wait for up to six hours for gasoline.  Meanwhile, people are running out of food and they are getting desperate.  There have been news reports that show hungry people rummaging through garbage dumpsters for food.  There have been other reports of people actually defecating in the hallways because they have nowhere else to go.  If you don’t believe this, just check out this video from NBC News.  So what is “President” Obama doing about all of this?  Well, after his 90 minute tour of the devastation that Hurricane Sandy caused, he jetted off to Las Vegas where he posed for pictures with Eva Longoria and did some last minute campaigning.

One would like to believe that the federal government has learned a few things about disaster response in the years since Hurricane Katrina.  But instead, Obama’s big promises have turned out to be empty words and he now seems far more concerned about campaigning than about helping the people that are deeply suffering.

Could this end up turning millions of voters against Obama?

As you can see from this video, the devastation on Staten Island is absolutely mind blowing, and many people are desperate for help…

It would be hard to overstate how bad things are on Staten Island right now.  People have been waiting days for assistance from the federal government that never seems to arrive.  The patience of many of those living on Staten Island is really starting to run out…

The residents of Staten Island are pleading for help from elected officials, begging for gasoline, food and clothing three days after Sandy slammed the New York City borough.

“We’re going to die! We’re going to freeze! We got 90-year-old people!” Donna Solli told visiting officials. “You don’t understand. You gotta get your trucks down here on the corner now. It’s been three days!”

It’s so bad here, a lot worse than how its being portrayed by the media. They are finding bodies left and right, elderly people who don’t even watch the news or who knew the storm was coming. I was just with one of my best friends from high school and college, and his house is completely gone. One story I heard was about this one guy who evacuated his house during Hurricane Irene but then it got looted. So when they told him to evacuate for Sandy, he said, ‘I’m not leaving.’ Now they can’t find him, his 13-year-old daughter is dead, and his wife is in critical condition at the hospital.

In fact, Rossi says that many parts of Staten Island are “post-apocalyptic” at this point and that the island has basically been “completely destroyed”…

To get gas requires a three-and-a-half hour wait. It’s like this odd, post-apocalyptic kind of thing. Most trees are down. Power lines are down. It’s like a movie, or like The Walking Dead. You can’t believe it. Especially when you grow up here. I moved to Los Angeles in 1999, but this has always been my home. There’s the place I kissed a girl, that’s the place I played handball. I know this island in and out. To see it completely destroyed is bizarre.

This is a time when the president of the United States should be taking a very strong leadership role.  Millions upon millions of people in New York City and along the Jersey shore are deeply hurting.  The entire nation is watching this tragedy unfold.  Barack Obama has an opportunity to win millions of votes or to lose millions of votes right now.

Unfortunately for Obama, public opinion is starting to turn against him in a big way.  The following is what some people are saying on Twitter…

Obama went to NJ for his photo op, put on big boy jacket for a rally, now in #Vegas while NY and NJ are pooping in the hallways. #tcot #ohio (Link)

Obama was hanging out with Eva Longoria while people in NY & NJ were dumpster diving for food. But he’s on top of it, right? #Sandy #Katrina (Link)

If you think Katrina was bad, I give you Obama’s Sandy. People are dying all over the East coast, Obama is in Las Vegas. (Link)

#Obama on a night out with @EvaLongoria in #Vegas, while #Sandy victims are out of their homes back east. #emptychair #leadership (Link)

If Sandy had happened and two or three days later Bush was in Vegas campaigning.. All media hell would break loose. Obama..? Nothing. (Link)

Obama does quick photo op for an hour with Gov Christie then back n Vegas the next day campaigning as many are without food,power,gas&water (Link)

Civil unrest in NYC: dumpster diving, looting and anger. But at least Obama is comfortable in Vegas campaigning… (Link)

So what do you think of the response by the federal government to Hurricane Sandy so far?

Do you think that Obama should have handled things differently? 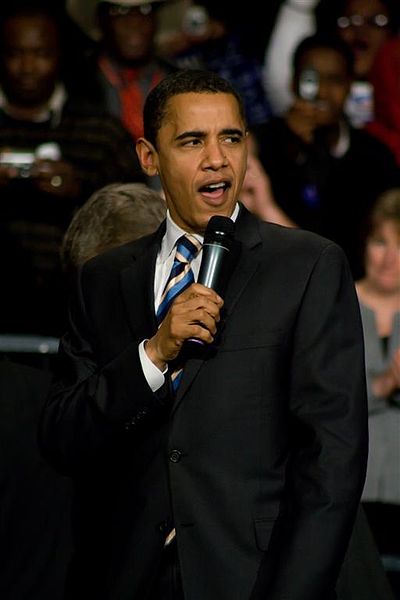