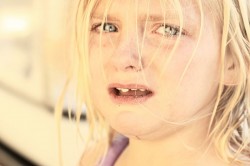 What in the world has happened to the United States?  Once upon a time the U.S. was one of the best places in the world to raise a child, but today it is an absolutely horrible place for children.  We physically abuse our children at staggering rates, we pump them full of antidepressants and other pharmaceutical drugs and we send them off to public schools that more closely resemble prison camps every single day.  Meanwhile, the economic decline of the America is hitting children far harder than it is hitting the adult population.  More than one out of every five children in America is living in poverty and one out of every four children is on food stamps.  One of the ways that a society is judged is by how it treats its most vulnerable members.  As you will see below, the way that children are treated in America today is absolutely shameful.

The following are 30 signs that America has become a horrible place for children….

#1 There are more than 3 million reports of child abuse in the United States every single year.

#2 There are 314 counties in the United States where at least 30% of the children are facing food insecurity.

#4 If you can believe it, an average of five children die as a result of child abuse in the United States every single day.

#6 The U.S. Department of Health and Human Services is now publicly advising parents that infants and young children are “sexual beings“.

#7 67 percent of all sexual assault victims in America are children.

#8 The state of Illinois has actually been paying convicted sex offenders to babysit young children.

#9 20 percent of all child sexual abuse victims are under the age of 8.

#10 Children in the United States are three times more likely to be prescribed antidepressants than children in Europe are.

#11 The United States has the highest divorce rate on the globe by a wide margin.  This is ripping millions of families with children to shreds.

#12 According to one recent study, approximately 21 percent of all children in the United States were living below the poverty line in 2010. In the UK and in France that figure is well under 10 percent.

#13 It is estimated that up to half a million children may currently be homeless in the United States.

#14 In America today, many families allow the television to raise their children.  In fact, the United States is tied with the U.K. for the most hours of television watched per person each week.

#15 Our public schools are being transformed into prison camps.  Virginia Attorney General Ken Cuccinelli has announced that school officials can search the cell phones and laptops of public school students at any time if there are “reasonable grounds for suspecting that the search will turn up evidence that the student has violated or is violating either the law or the rules of the school.”

#16 Today, one out of every four American children is on food stamps.

#17 It is being projected that approximately 50 percent of all U.S. children will be on food stamps at some point in their lives before they reach the age of 18.

#19 The U.S. Department of Agriculture is spending huge amounts of money to install surveillance cameras in the cafeterias of public schools so that government control freaks can closely monitor what our children are eating.

#21 Since 1973, approximately 50 million babies have been slaughtered in the United States before they were even born.

#22 One out of every four teen girls in the United States now has an STD.

#23 It has been reported that Texas police gave “1,000 tickets” to elementary school kids over one recent six year period.

#24 The number of young children that are being ripped out of good homes by “child protective services” continues to soar.

#25 All over the nation, little children are being publicly arrested by police in their own classrooms and are being marched out of their schools in handcuffs.

#26 Law enforcement officials estimate that about 600,000 Americans and about 65,000 Canadians are trading dirty child pictures online.

#27 All over the United States, lemonade stands run by young children are being shut down by police.

#28 The federal government has spent 14 trillion dollars that belong to our children and our grandchildren.  Will future generations thank us for loading such a massive debt on to their backs?

#29 In airports all over the country, many young children are being subjected to “enhanced pat-downs” during which their private parts are touched before they are allowed to get on to their airplanes.

#30 It is estimated that 500,000 babies that will be born this year will be sexually abused before they turn 18.

What in the world has happened to us?  America used to be the envy of the rest of the world, but now they look at us like we are a bunch of degenerates.

How are we supposed to teach our children that it is improper for them to be touched in certain places when the federal government is forcing large numbers of children to be publicly groped at airports before they are allowed to get on to their flights?

How are we supposed to teach our children what liberty and freedom are all about when our public schools are slowly being turned into “Big Brother” prison grids?

How can we claim that we are “the greatest nation on earth” when millions of American children are going hungry tonight?

The way that we are treating our children is shameful.  Sadly, the abuse that we are heaping on to them is going to come out in their behavior as they get older.

When we pump our kids full of “legal” drugs and allow the television, movies, video games and public schools to raise them, we should not be surprised when they turn out very sick and twisted.

So what do all of you think about how we are raising our children?  Do you also believe that America has become a horrible place for children?  Please feel free to leave a comment with your opinion below….