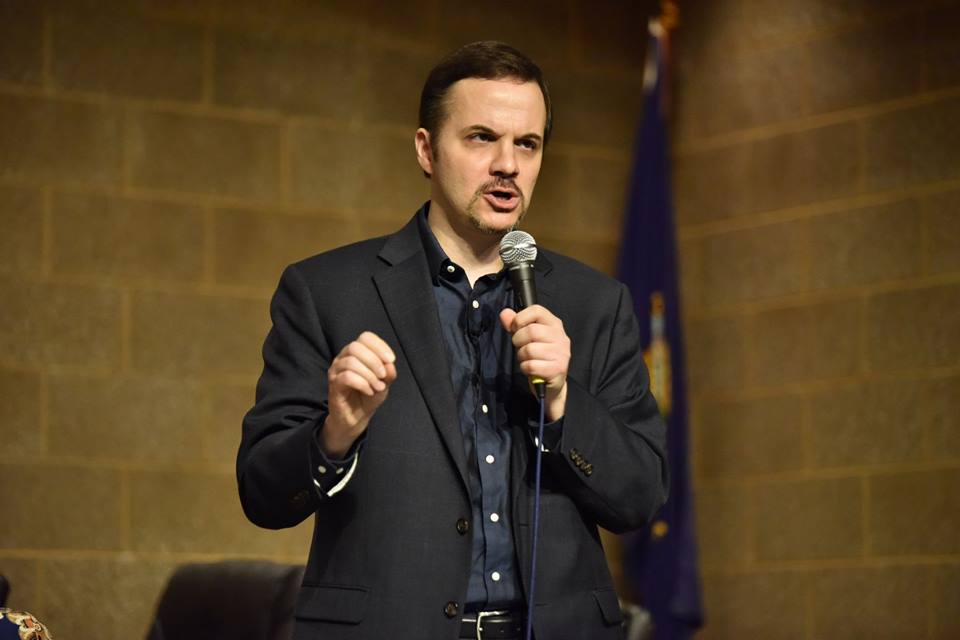 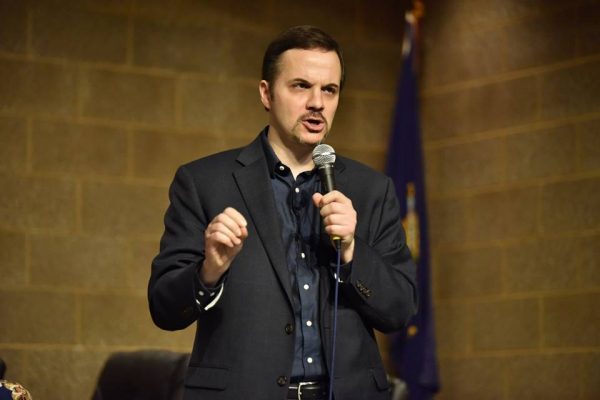 People want to feel really good about voting for someone when they go to the polls on election day, and that is why so many true conservatives are rallying around our campaign for Congress. Our campaign represents a positive conservative vision for the future of America, and that is why we have recently been officially endorsed by U.S. Senator Rand Paul and Mike Adams the Health Ranger. Voting day is on May 15th, and right now we have more momentum than any of the other campaigns as we head toward Tuesday. If you don’t know where to vote, you can find out right here. If you are not registered to vote, you can register to vote at the polls on Election Day as long as you bring proof of Idaho residency with you. It is being projected that voter turnout will be super low for the Republican primary, and so every single vote is going to be extremely important.

In the end, nobody likes to vote for “the lesser of two evils”. We all want to feel like we can enthusiastically get behind someone on voting day, and I would like to share with you 30 reasons why I believe that you should stand with our campaign…

#1 The Only Real Pro-Trump Candidate – All of the other leading contenders in this race originally wanted to keep Donald Trump out of the White House, but I was a Trump supporter from the very beginning. I am a true believer in the Make America Great Again agenda, and I will work tirelessly to implement that agenda once I get to Congress.

#3 Restoring Christian Values To Washington D.C. – I have a personal relationship with Jesus Christ, and I believe that we need more Bible-believing people in positions of power in Washington. Returning to our Christian roots is the key to a positive future for America, and I will be extremely bold about my faith as a member of Congress.

#4 It’s Time To Drain The Swamp – The same rules that apply to the rest of us should also apply to Congress, and all federal officials should be banned from working as lobbyists for at least ten years after they leave government service.

#5 Restoring The Rule Of Law – For decades, the American people have watched professional politicians commit crime after crime and get away with it. It is time to restore the rule of law in this country, and a great place to begin would be with Hillary Clinton and her close associates. It will be a great day for America when they are finally put in prison for the rest of their lives.

#6 Every RINO Must Go – Way too many Republicans have been fighting Trump’s agenda and acting like Democrats. It is time to hold them accountable, and that means every ‘Republican in name only’ needs to go.

#7 Getting The Money Out Of Politics – As a new member of Congress, I would be expected to raise approximately $200,000 for the National Republican Congressional Committee. In order to “pay their dues”, every day that the House is in session members of Congress go to call centers across from the U.S. Capitol and spend up to four hours a day making calls back to their districts begging people to donate money. One of the things that makes me fundamentally different from my opponents is that I have pledged not to make these calls. Instead, I am going to spend my time in Washington doing the work that the people of Idaho sent me there to do.

#10 Abolish The IRS & The Income Tax – We didn’t have an income tax from 1872 to 1913, and that was the greatest period of economic growth in U.S. history. As we fight a long-term battle to abolish the income tax, in the short-term we can at least go to a flat tax or a fair tax, both of which would be far superior to what we have now.

#11 Abolish The Federal Reserve – Since the Fed was created in 1913, we have had 18 recessions, the value of the U.S. dollar has fallen by about 98 percent, and the U.S. national debt has gotten more than 6000 times larger. Abolishing this debt-based system is one of the keys to a bright economic future for America.

#12 Cut Red Tape – As President Trump has proposed, two existing government regulations should be eliminated for every new regulation that is enacted.

#13 Getting Federal Bureaucrats Off Our Backs – I will work very hard to get federal control freaks off of the backs of our farmers, our loggers, our miners, our ranchers and our small business owners.

#14 Local Control Of Education – It is time to get the federal government out of the education business. I want to abolish Common Core and the Department of Education, and I want control over education to be as close to the local level as possible.

#15 Shut Down Big Brother Spying – Government agencies have been conducting unconstitutional surveillance of American citizens for decades, and that needs to stop now.

#17 100% Repeal Of Obamacare – Rapidly rising health insurance premiums are financially crippling Idaho families. Republicans in Congress have fumbled the ball, and we must repeal Obamacare immediately.

#18 Build The Wall – We need to make sure that everyone comes into this country through the front door. We must end illegal immigration, and so I support President Trump’s call to build a wall on the southern border.

#19 End Sanctuary Cities – President Trump has proposed cutting off all federal funding for so-called “sanctuary cities”, and I will fight very hard to get this done.

#20 Supporting Our Veterans – My father is a vet, and I will work passionately to make sure that our veterans receive the respect, care and support that they deserve.

#21 Fighting Islamic Terror – I fully support President Trump’s fight against ISIS, and I will push for legislation that would give local communities all over America the option to say no to refugees from terrorist hotbeds.

#23 Bringing Jobs Back To America – The U.S. has lost more than 70,000 factories since China joined the WTO in 2001. Our formerly great manufacturing cities now look like war zones, and we desperately need to start making things in this country once again.

#24 Energy Independence – The United States has abundant reserves of oil, natural gas and clean coal, and we need to take the regulatory shackles off of the energy industry so that we can start moving toward energy independence.

#25 Resisting The Globalists – We must reduce the power and influence of the United Nations, and we must strongly fight all attempts by the globalists to erode American sovereignty.

#26 Supporting States Rights – It is almost as if the 10th Amendment doesn’t even exist today. If I am elected, this is what his message to the feds will be: ‘Hand over the keys and get out of Idaho’.

#27 Health Freedom – I believe that the government should be encouraging natural health remedies instead of discouraging them, I believe that parents should always make the health decisions for their own children, and I believe that we desperately need to clean up our air, our water and our food.

#28 Better Access To Public Lands – Under Barack Obama, the federal government made it increasingly difficult for the people of Idaho to access our public lands. As a member of Congress I will do whatever I can to make sure that our citizens will have much better access to the wonderful open areas that our state has been blessed with.

#29 Holding Judges Accountable – Federal judges that disregard the U.S. Constitution and that choose to legislate from the bench should be subject to impeachment.

#30 An Unashamed Christian – Like President Trump, I am not ashamed to say that I am a Bible-believing Christian, and if we truly want to make America great again we need to return to the values and principles that this nation was founded upon.

To learn more about our campaign, please visit MichaelSnyderForCongress.com. If our positive conservative vision of the future resonates with you, I would respectfully ask for your vote on May 15th. Once again, if you do not know where to vote, you can find your polling location right here. And please call or email every single person that you know in Idaho’s first congressional district and encourage them to go vote.

The campaign that does the best job getting out the vote is going to win this thing, and it is going to take every single one of us working together to pull off this victory.

When we win, it is going to be a massive shock to the entire Idaho political establishment. Washington D.C. PACs are spending a tremendous amount of money to try to buy this open seat in Congress, but we are not going to let them be victorious. Our extraordinary group of grassroots conservatives is working around the clock, and we are on the verge of pulling off the greatest miracle in the history of Idaho politics.