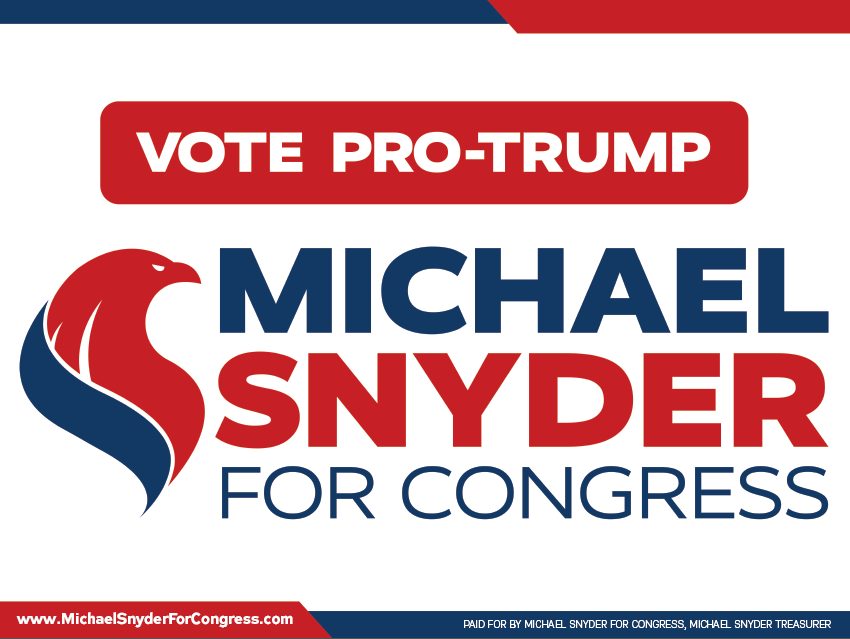 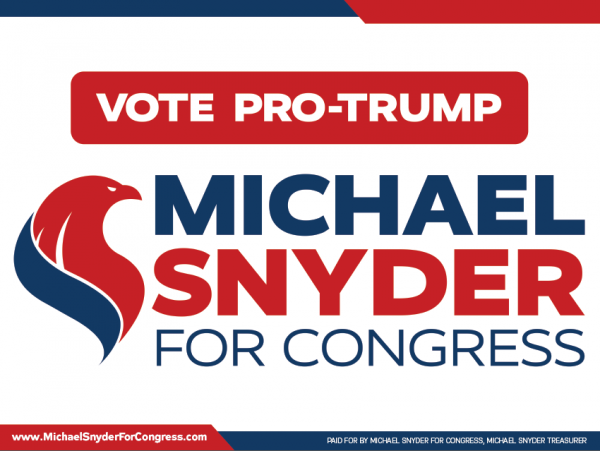 Do you want to elect someone that is going to go to Congress and support President Trump, or do you want someone that has a completely different agenda? Pro-Trump conservatives all over Idaho’s first congressional district have recognized that I am the only true pro-Trump candidate running for Congress, and that is why so many Idahoans that worked to elect President Trump are now working to elect me. And on Sunday we were officially endorsed by Roger Stone. Roger has been a close friend and adviser to Donald Trump for nearly 40 years, and now he is urging everyone in Idaho to vote for Michael Snyder for Congress on May 15th. Here is one of the most important lines from his endorsement of our campaign…

You can listen to audio of the entire endorsement right here. Of course this endorsement comes on the heels of high profile endorsements for our campaign from U.S. Senator Rand Paul and Mike Adams the Health Ranger. Needless to say, we have a tremendous amount of momentum heading into Election Day on May 15th, and it is absolutely imperative that we get every single one of our voters to the polls on Tuesday. If you do not know where your voting location is, you can find out right here.

Let me ask you a very simple question…

Are you going to vote for Donald Trump in 2020?

If so, wouldn’t you want to send someone to Congress that is going to vote with the President and that truly believes in his agenda?

In this race for Congress, there is only one true pro-Trump candidate. If I don’t win this election, the guy that is going to win is being funded by a Washington D.C. PAC that really hates Donald Trump. And the truth is that Trump really hates them too. And my main opponent has also surrounded himself with some of the biggest “never Trumpers” in the entire state. If he wins this race, it will be an absolute disaster for the Trump movement.

If you live in Idaho’s first congressional district, this is your chance to help President Trump. He needs you to send someone that is pro-Trump to Congress, because we are all sick and tired of watching the RINOs in Washington block his agenda.

With President Trump in the White House, this is our opportunity to turn America in a fundamentally different direction. But Trump’s effectiveness is going to be compromised if we keep sending people to Washington that are not going to stand with the President.

In November 2016, we witnessed the greatest political miracle in modern American history. This is an excerpt from an article that I published the day after Trump’s victory…

After it was all over, I kind of stumbled around my home lost in my thoughts. I was happy, confused, hopeful, stunned and pensive all at the same time. Like so many others, what I thought I knew about politics turned out to be wrong. But in other ways, the election of Donald Trump has confirmed so much of what I know to be right about America.

Ultimately, it was the American people that decided this election, because the elite were doing their best to absolutely bury him.

Never before has the mainstream media been so openly biased against a major party presidential candidate. For months on end they dumped sewage on Trump, but it didn’t work.

Never before has a major party presidential candidate faced a civil war in his own party on the eve of the election. A whole host of big names in the Republican Party publicly announced that they would not vote for Trump, but it didn’t work.

Never before have we seen a bigger October surprise than the lewd tape from 11 year ago that came out and shocked the world. That would have instantly killed the campaign of any normal politician, but it didn’t kill Trump’s campaign.

From the very beginning it seemed like Trump was at war with almost everyone, and somehow he came out on top in the end.

He beat the Bushes and the Clintons.

He beat the Republicans and the Democrats.

He beat Hollywood and the mainstream media.

He beat the pollsters and the pundits.

He beat the never-Trumpers and the billionaire donors.

He beat the forces of globalism, elitism and political correctness.

He beat them all.

But 2018 could change everything.

If we don’t send pro-Trump people to Washington to support the President, we are in danger of completely squandering that miracle.

Since Raul Labrador is running for governor, the seat in Idaho’s first congressional district is open, and the people of this district have two choices. They can send a massive RINO to Washington that is surrounded by anti-Trump people and that will obstruct Trump at every opportunity, or they can send me to Washington instead. I will fight as hard as I possibly can to implement the Make America Great Again agenda, because I have believed in it from the very beginning.

There was so much hope in the air when Donald Trump was inaugurated in January 2017. The following is an excerpt from an article that I published at that time entitled “It’s Finally Morning Again In America, And A New Day For Our Country Starts NOW”…

I am asking the people of Idaho’s first congressional district to work with President Trump and I to fulfill the promise of this new era for our country. In May 2017 I called for an army of pro-Trump activists to run for office all over the nation. Now here we are one year later, and we have an opportunity to send a passionate pro-Trump activist to Washington to represent the great state of Idaho in Congress.

But now the choice is in the hands of the people of Idaho.

We are only going to win if you get out and vote.

If you do not know where you are supposed to go to vote, you can find that information online right here. In addition, please do all that you can to encourage everyone that you know in Idaho to go vote. Earlier today on Facebook, I listed four ways that you can help us get out the vote…

This is it guys.

We have one shot at winning this thing, and we need all hands on deck.

The election is on Tuesday, and the people of Idaho are going to determine the fate of this seat in Congress.

President Trump needs your support, and so please vote for the pro-Trump candidate. Voter turnout is supposed to be extremely low for this primary, and so every single vote is going to be so critical.

When I first announced that I was running for this seat, I wrote the following…

Every generation of Americans has had to fight for liberty and freedom, and now it is our turn.

This is our time.

This is our second American revolution.

This revolution won’t be fought with guns and bullets. Rather, it will be a revolution of ideas, values and principles.

We can take our country back, but we have to be willing to work together. I am asking you to join us, because we are in a battle for the soul of our nation, and it is a battle that we cannot afford to lose.

Please help us drain the swamp.

Please vote for Michael Snyder for Congress on May 15th and send the fighter that President Trump needs to Washington.

By May 15th, more than a million dollars will have been spent by anti-Trump forces to promote my biggest opponent, but we aren’t going to allow them buy this seat in Congress.

We believe in the Trump revolution, and we are going to do all that we can to win this one for Trump on Tuesday.