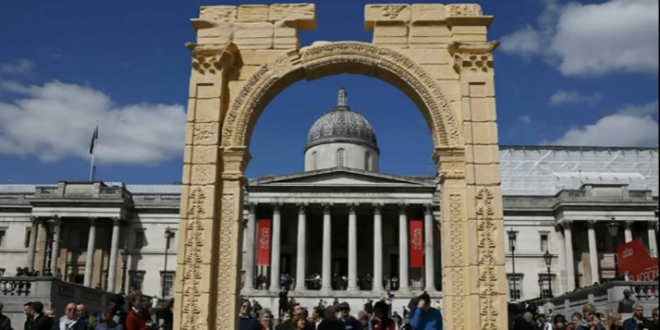 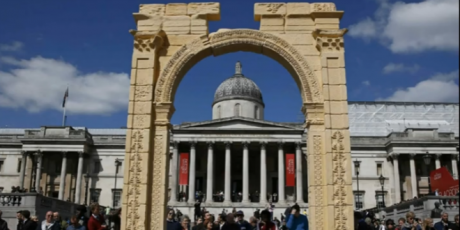 Did you know that 4,000 world leaders from 130 different countries gathered in Dubai this week for the World Government Summit? It was held from February 12th to February 14th, and it featured more than 100 internationally-known speakers including UN Secretary General Antonio Guterres, Christine Lagarde and Elon Musk. If you would like to know more about this shadowy group, you can visit the official website right here. The first World Government Summit was held back in 2013, and that one was actually attended by Barack Obama. Unfortunately the mainstream media in the United States was almost entirely silent about this summit, so most of us in the western world didn’t even hear about it.

To honor the spirit of this summit, a reconstructed version of Palmyra’s Arch Of Triumph (also known as the Monumental Arch) was erected in Dubai. Previously it had been put up in London and New York City for brief periods of time, and so this marked only the third time that it has been displayed. The following comes from Breaking Israel News…

A replica of a Roman arch that once stood in front of the pagan Temple of Ba’al was erected for the World Government Summit in Dubai this week, creating a scene that one rabbi claims symbolizes the dangerous fusion of Ishmael and Edom against Israel.

The original Roman Victory Arch stood for 1,800 years in Palmyra, Syria, until it was destroyed by ISIS in October 2015. A full-size 28-meter tall replica of the arch was created last year by the Institute for Digital Archeology, a joint project of Oxford and Harvard universities, and has been displayed twice before.

The replica was erected for the opening of the World Government Summit that opened on Sunday in Dubai. 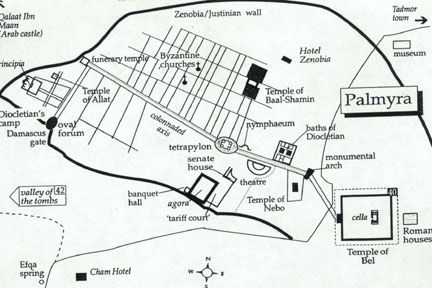 And of course “Bel” and “Baal” are synonymous, and both titles can be traced all the way back to ancient Babylon and a very evil ruler named Nimrod. The following is an extended excerpt from one of my previous articles…

And Nimrod was the great king of the very first “world government” in the post-flood world. The following is what Genesis 10:8-12 says in the Modern English Version…

8 Cush was the father of Nimrod. He became a mighty one on the earth. 9 He was a mighty hunter before the Lord. Therefore it is said, “Even like Nimrod the mighty hunter before the Lord.” 10 The beginning of his kingdom was Babel, Uruk, Akkad, and Kalneh in the land of Shinar. 11 From that land he went to Assyria and built Nineveh, the city Rehoboth Ir, and Calah, 12 and Resen between Nineveh and Calah (that is the principal city).

So it seems more than a little bit strange that an arch with links to Nimrod has been erected to honor a summit devoted to the promotion of “world government” in our day.

It has been said that if we do not understand history we are doomed to repeat it. Nimrod’s world government in ancient times attempted to push God out of the picture, and the same thing is true with the globalists of today.

The globalists dream of a utopia where humanity has been united under a one world government, a one world economy and a one world religion. Donald Trump stands opposed to this twisted dream, and that is why the globalists hate him so much.

And the globalists understand the power of symbols very well. The erecting of this arch in Dubai at the exact same time the “World Government Summit” was being held sends a very powerful message.

Even though Donald Trump is now the president of the United States, the globalists are far from defeated, and if they have their way all of humanity will soon be within their ruthless grip.