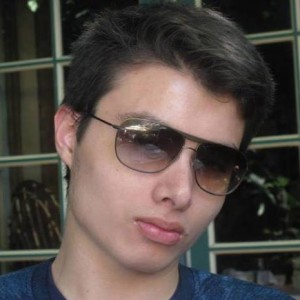 Elliot Rodger is a horrifying example of how badly we have failed young men in America.  You see, the truth is that his obsession with sex and losing his virginity did not come out of nowhere.  Rather, it was the result of being constantly immersed in a sex-obsessed culture for the past 22 years.  In America today, our young men are constantly being bombarded with sexual messages in advertising, in television shows, in video games, in movies and on the Internet.  They are literally being trained to believe that scoring with women is the ultimate goal in life.  So we should not be surprised when their behavior reflects this underlying philosophy.  Of course very few of our young men become mass murderers like Elliot Rodger, but the crisis that we are facing is much broader than that.  The obsession with illicit sex that our young men have is destroying millions upon millions of lives, it is spreading sexually transmitted diseases like wildfire, and it is a huge factor in the decline of the American family.

22-year-old Elliot Rodger is the son of Hunger Games unit director Peter Rodger.  He was deeply immersed in the culture of Hollywood, but he was incredibly frustrated that he was not able to have the kind of lifestyle that Hollywood had always promised him.

He greatly lamented the fact that he was “still a virgin” and he was incredibly frustrated that he had never kissed a girl.  He couldn’t understand why “girls gave their affection and sex and love to other men but never to me”.  He especially seemed to hate the “spoiled blondes” who rejected him, and he stated that he believed that “the ultimate evil behind sexuality is the human female”.

Thanks to the YouTube videos and the “manifesto” that have been revealed, we know quite a bit about what Rodger was thinking.  Obviously this was a very sick and twisted individual who viewed the young women around him as sex objects.  Just consider these quotes…

-“I do everything that I can to appear attractive to you. I dress nice. I’m sophisticated and magnificent. I have a nice car, a BMW. Well, nicer than 90-percent of people in my college.”

-“I’m 22 years old and I’ve never had a girlfriend. I’m still a virgin. I’ve never had the pleasure of having sex with a girl, kissing a girl — I’ve never even held a girl’s hand. Hell, I don’t even have a young girl’s phone number in my cell phone.”

-“I moved to Isla Vista with the goal of losing my virginity and attaining the life I desire.”

-“College is the time when everyone experiences those things such as sex and fun and pleasure. But in those years I’ve had to rot in loneliness. It’s not fair. You girls have never been attracted to me. I don’t know why you girls aren’t attracted to me. But I will punish you all for it.”

-“I’m going to enter the hottest sorority house of UCSB and I will slaughter every single spoilt, stuck-up, blonde s**t that I see inside there. All those girls that I’ve desired so much, they would’ve all rejected me and looked down on me as an inferior man if I ever made a sexual advance towards them.”

Did you notice a certain word missing in all of those quotes?

The word “love” is nowhere to be found.

To Rodger, the goal was simply to have sex.  The thought of getting married and committing to one woman for a lifetime does not even seem to be on his radar.

Sadly, we have trained an entire generation of young men to think this way.  In this day and age, most young men consider young women to be objects of sexual desire to be enjoyed for a while and then discarded when they grow tiresome.

One of the things greatly fueling this kind of thinking is our national obsession with pornography.  If you don’t think that this is a problem, just consider the following statistics from a recent Daily Mail article…

‘These degrading misogynist images have become the wallpaper of our lives and they are robbing young people of an authentic healthy sexuality that is a basic right of every human being.’

When young men spend hundreds upon hundreds of hours looking at such images, it permanently alters the way that they view women and romantic relationships.

And as I mentioned above, this is causing a tremendous amount of damage in our society.

For example, according to the Centers for Disease Control and Prevention, approximately one-third of the entire population of the United States (110 million people) currently has a sexually transmitted disease.

In addition, the United States has the highest teen pregnancy rate on the entire planet, and in my previous article entitled “Sex And The Public Schools” I noted that there are 20 million new cases of sexually-transmitted disease in the United States every single year, and Americans in the 15 to 24-year-old age range account for about 50 percent of those new cases.

Meanwhile, the marriage rate among young people is at an all-time record low, and the American family is in the worst shape ever.

The fact that Elliot Rodger is now off the streets does not mean that anything has been solved.

This problem is much, much larger than one twisted college student.

We have an entire society that is absolutely obsessed with illicit sex, and we have millions upon millions of young men that believe that scoring with women is the ultimate goal in life.

Until that changes, we are going to continue to suffer the consequences.