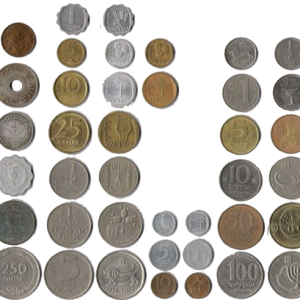 Will Israel be the first cashless society on the entire planet?  A committee chaired by Israeli Prime Minister Benjamin Netanyahu’s chief of staff has come up with a three phase plan to “all but do away with cash transactions in Israel”.  Individuals and businesses would still be permitted to conduct cash transactions in small amounts (at least initially), but the eventual goal is to force Israeli citizens to conduct as much business as possible using electronic forms of payment.  In fact, it has been reported that Israeli officials believe that “cash is bad” because it fuels the underground economy and allows people to avoid paying taxes.  It is hoped that requiring most transactions to be conducted in cash will reduce crime and help balance the national budget.  And once 98 or 99 percent of all transactions are cashless, it will not be difficult for the Israeli government (or any other government) to go the rest of the way and ban cash transactions altogether.  But is a cashless society actually desirable?  This is a question that people all over the world will have to start asking as governments increasingly restrict the use of cash.

Back in September, it was announced that the Israeli government had formed a committee to “examine ways to eliminate cash from the Israeli economy”…

The government on Tuesday authorized establishment of a committee that will examine ways to eliminate cash from the Israeli economy – the better to prevent citizens from cheating on their taxes. The committee will be chaired by Harel Locker, director of the Prime Minister’s Office.

This committee had the full backing of Prime Minister Benjamin Netanyahu, and some of the goals of the committee included finding ways to increase tax revenue and prevent money laundering…

Officials in the Prime Minister’s Office declared that “around the world, it is recognized that cash is a key element of the illegal economy and money laundering. It allows a wide gap between reported and actual incomes, with the corresponding effect on tax revenues.” By eliminating cash, the PMO said, “it will be possible to expand the tax base, and prevent money laundering.” The committee will study the issue from all its perspectives and make recommendations, the PMO said.

The committee has had quite a few months to examine these issues, and now they have come back with their recommendations.  Just this week we learned that a three phase plan is being proposed…

A special committee headed by Prime Minister Benjamin Netanyahu’s chief of staff, Harel Locker, has recommended a three-phase plan to all but do away with cash transactions in Israel.

The motivation for examining a cash-less economy is combatting money laundering and other tax-evasion tactics, thereby maximizing potential tax collection and greatly expanding the tax base. This is important considering the enormous strain put on Israel’s national budget by the army, healthcare system and other public services.

The committee estimated that the black market represents over 20 percent of Israel’s GDP, and cash is the facilitating factor. Cash enables tax evasion, money laundering and even financing terrorism.

So what do the specifics of the plan look like?

Well, there will be very strict limits on the use of cash for individuals and businesses, any violations will be considered criminal offenses, and all Israeli banks will be required to issue debit cards to all account holders…

The following guidelines were set out by the committee for the short-term:

In conjunction with these new restrictions, Israeli banks would be required to provide all account holders with debit cards to further promote electronic payments.

But of course this move toward a cashless society is not just happening in Israel.

In Sweden, it is estimated that just 3 percent of all transactions involve cash at this point.  In fact, according to an article in the Washington Post, some Swedish banks do not handle cash at all anymore…

In most Swedish cities, public buses don’t accept cash; tickets are prepaid or purchased with a cell phone text message. A small but growing number of businesses only take cards, and some bank offices — which make money on electronic transactions — have stopped handling cash altogether.

“There are towns where it isn’t at all possible anymore to enter a bank and use cash,” complains Curt Persson, chairman of Sweden’s National Pensioners’ Organization.

And the U.S. is starting to move in that direction as well.

According to a study conducted by MasterCard, approximately 80 percent of all consumer transactions in the United States are now cashless.

But isn’t there a downside to all of this?

Just about everything that we do in life involves money.  So yes, a government can track electronic payments to make sure taxes are being paid and money laundering is not happening, but it would also enable a government to do so much more.

If a government can track all of your transactions, it will essentially be able to monitor everywhere you go and pretty much keep track of virtually everything that you do.

If you doubt this, just try to live without any money some time.

You won’t get very far without putting some gas in your vehicle.

And without being able to buy food, you will get hungry pretty quickly.

This is why governments love the idea of moving toward a cashless society.  It would give them an immensely powerful surveillance tool.

So let us hope that this does not happen in Israel or anywhere else in the world either.