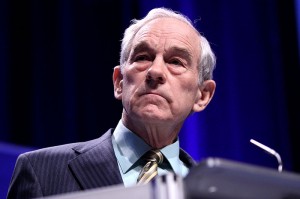 Despite what you may have heard from the mainstream media, Mitt Romney does not have the Republican nomination locked up.  In fact, he is rapidly losing delegates that almost everyone assumed that he already had in the bag.  To understand why this is happening, you have to understand the delegate selection process.  Each state has different rules for selecting delegates to the Republican national convention, and in many states the “voting” done by the public does not determine the allocation of delegates to particular candidates at all.  And the truth is that delegates are the only thing that really matters in this race.  In state after state, the Ron Paul campaign is focusing on the delegate selection process with laser-like precision, and it is paying off big time.  At this point, there is still a legitimate chance that Ron Paul will be able to win enough delegates to deny Mitt Romney the nomination on the first ballot at the Republican national convention in Tampa.  If Romney does not have the 1,144 delegates that he needs on the first ballot, then it becomes a brokered convention and anything becomes possible at that point.

Sadly, most Americans have no idea how this process really works.

For example, originally we were all told that Mitt Romney won Iowa.

Then, later on we were told that a mistake was made and that Rick Santorum actually won Iowa.

Well, it turns out that Ron Paul actually won 20 out of the 28 delegates in Iowa.  That is because the process of actually selecting the delegates occurred long after the voting by the public was over.

So what happens if the Ron Paul campaign is able to produce similar results in state after state?

The Ron Paul campaign is very organized, very motivated and they understand the rules of the game.  As a recent Politico article detailed, there are huge amounts of unbound delegates out there that are still up for grabs….

There are roughly 30 states and territories where delegates aren’t bound to a particular candidate. The majority of the other states, according to a number of party officials, call for delegates to be bound for a first round of balloting but not the ensuing rounds.

“The dirty little secret is: At the end of the day, these guys and gals can vote any way they want,” said a Republican who has attended national conventions for decades. “Each state has different (laws) on pledged delegates.”

In many states, the “official” results of voting done by the public mean next to nothing.  The talking heads on television often tell us how many delegates are “projected” to go to a particular candidate, but as we have seen in Iowa and in so many other states, those “projections” are basically meaningless.

A recent Salon article discussed how the delegate selection process really works and how the Ron Paul campaign is using these rules to shake up the game….

In many caucus states, the “official” results that most people saw this winter were from nonbinding straw polls conducted in conjunction with precinct-level caucuses. But when it comes to choosing national convention delegates, the real action is at district caucuses and state conventions. In the past, this distinction hasn’t mattered much, but for the Paul forces – who lack the numbers to win statewide primaries but have the devotion to pack any room, anywhere, at any time – it has offered an inviting loophole. When turnout is small and no one is looking, the Paul folks can win, and that’s what’s been happening in a number of states.

To Paul die-hards, this will all culminate in a surprise for the ages in Tampa, with the political world suddenly realizing that Romney actually doesn’t have the 1,144 delegates needed to win the nomination, thereby allowing Paul to extract major concessions or even steal the nomination for himself.

At this point, nobody really seems to know what the real delegate count is.

Websites such as The Real 2012 Delegate Count are more accurate than most sources in the mainstream media, but even that site has been underestimating the true number of Ron Paul delegates.

Right now, Mitt Romney is not anywhere close to having the number of delegates that he needs for the nomination and Ron Paul just keeps picking up more delegates with each passing week.

For example, a Washington Post article that was posted on Sunday reported that Ron Paul just achieved a stunning delegate victory in Nevada….

Despite former Massachusetts governor Mitt Romney’s overwhelming victory in the Nevada caucuses, Texas Rep. Ron Paul has won a majority of the state’s delegates to the party’s national convention later this year in Tampa, Florida.

Thanks to organized Paul supporters, who have been working to increase their candidate’s support at state conventions around the country, 22 of the 25 Nevada delegates up for grabs will be Paul supporters. (Another three are automatic delegates.)

That was a state that Romney supposedly “won”.

In state after state, Ron Paul is gobbling up delegates.  The following are quotes from a recent Huffington Post article about what the Ron Paul campaign has been able to achieve in the past few weeks….

-“Sure enough, Paul has already won 20 out of the 24 delegates allocated in Minnesota, by winning a majority of the congressional district contests.”

-“In Louisiana, Paulites “dominated” the congressional district caucuses this past Saturday, according to the New Orleans Times-Picayune. Paul’s supporters carried four of the state’s congressional districts, and are guaranteed at least 17 of 46 delegates in the Bayou State, with the potential to pick up more at the state convention on June 2.”

-“The other state that Benton likely has his eye on is Colorado, where the Denver Post reported in mid-April that Paul supporters and Santorum backers combined forces to win a “stunning upset” at the state convention, guaranteeing that about half of the state’s 33 delegates will be for Paul in August.”

And look what just happened in Maine according to USA Today….

In votes leading to the close of the two-day Maine convention, Paul supporters were elected to 21 of the 24 delegate spots from Maine to the GOP national convention in Tampa, Fla.

So Ron Paul is definitely accumulating a huge pile of his own delegates, but even many so-called “pledged delegates” for Romney could end up playing a huge role for Ron Paul.

In some states, Ron Paul supporters have been getting elected into delegate slots that are supposed to go to Romney.  This is highly unusual, and it could really shake things up at the national convention.  As a Salon article recently explained there will be quite a few Ron Paul supporters that will actually be going to Tampa “disguised” as Romney delegates….

Besides the pledged delegates he’s won so far and the extras he’s collecting through caucuses and state conventions, Paul will also have some supporters disguised as Romney delegates. To understand how this works, just consider his campaign’s mischief in Massachusetts, where Romney won 72 percent of the primary vote – and with it, a monopoly on the state’s pledged convention delegates. But to determine who would fill those pledged delegate slots, the state GOP held caucuses recently, and the Paul crowd came out in force, gobbling up 16 of the 19 available positions. In how many other states will this happen, or has it already happened?

But those delegates are required to vote for Romney, right?

The Ron Paul campaign could actually ask those “disguised” Romney delegates to abstain during the first round of voting in Tampa.  If Romney did not win on the first ballot, those delegates would then become unbound and would be able to support Ron Paul.

In fact, Ronald Reagan considered using this tactic against Gerald Ford in 1976.  The following is from a 1976 article entitled “Reagan Forces May ‘Steal’ Ford Votes”….

“In secret strategy sessions, Reagan aides have toyed with the idea of asking delegates to abstain as long as their state laws require them to honor the primary verdicts.  This would prevent the President from riding up an early-ballot victory.  Then, in subsequent ballots, they could legally switch to Reagan.

So what would happen if the Ron Paul campaign was able to get 100 or 150 “Romney delegates” to abstain from voting during the first ballot in Tampa?

That is a very intriguing question.

And remember, Rick Santorum and Newt Gingrich also have significant numbers of delegates pledged to each of them.

So Ron Paul does not need to accumulate 1,144 delegates himself to deny Mitt Romney the nomination on the first ballot.  He just needs to keep Romney from getting to 1,144.

The race for the Republican nomination is not over.

You can find a state by state breakdown of delegate voting rules right here.

It is not too late to get involved.

If nobody gets to 1,144 on the first ballot in Tampa, it becomes a “brokered convention” and anyone can become the nominee – even someone that is not running right now.

So if you are not satisfied with Mitt Romney as the Republican nominee, don’t lose hope yet.

The game is still being played.

It would be a challenge, but if his supporters get energized enough, it certainly is possible that Ron Paul could still win enough delegates to deny Mitt Romney the Republican nomination on the first ballot in Tampa.

And if that happens, anything is possible. 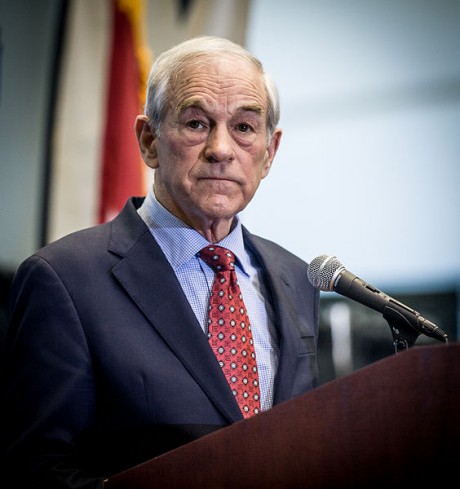