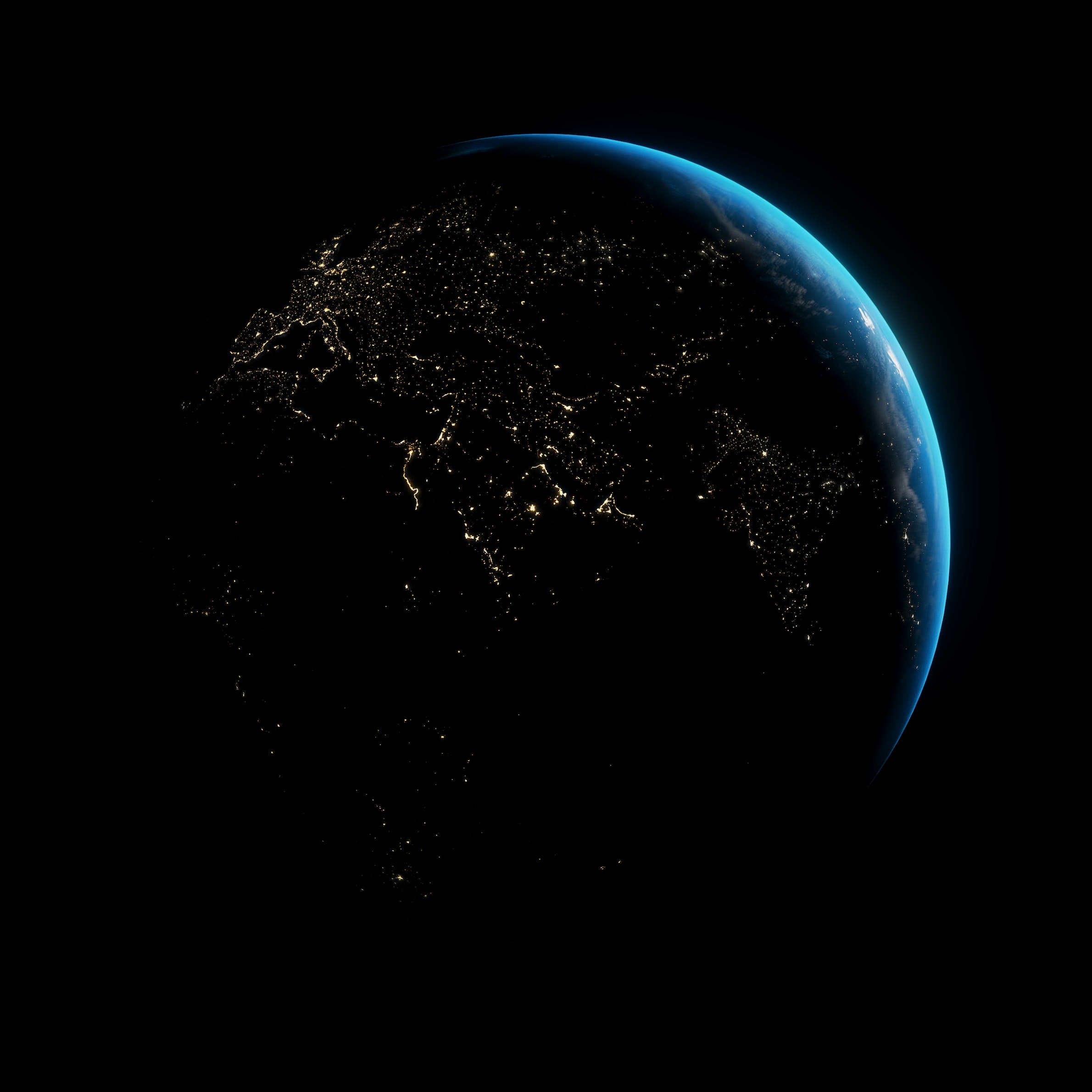 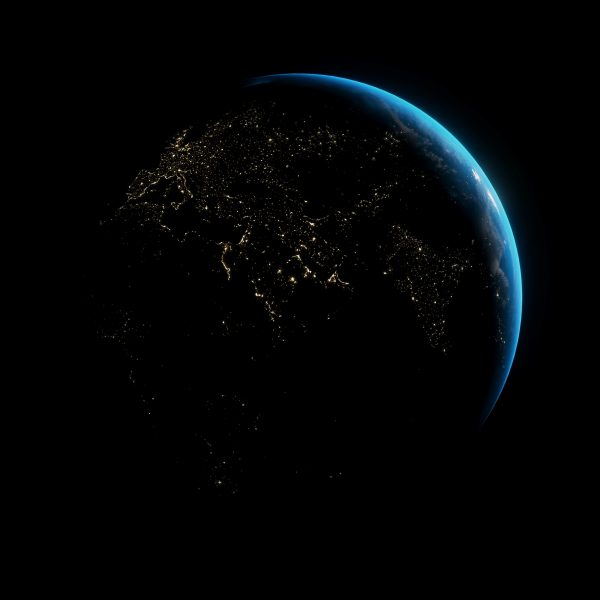 This week it is being reported that the human population of our planet has now reached 8 billion.  We should all remember this moment, because soon the population of the globe will start getting much smaller.  In “End Times”, I explain that we are moving into one of the most chaotic times in all of human history.  There will be wars and rumors of wars, economic collapse, worldwide famines, horrifying pestilences and great natural disasters.  Needless to say, in such a future the global population would fall very rapidly.  But for purposes of this article, let’s imagine that none of those things will happen for the foreseeable future.  For a moment, let’s imagine that conditions will be pretty much like they are today for decades to come.  Unfortunately, even in such a wildly unrealistic scenario the human population of our planet would still plummet dramatically in the years ahead.  In fact, if current trends continue there will be hardly anyone left by the end of this century no matter what happens.

I realize that I have just made some very outrageous statements, and a lot of you are probably wondering how I could have come to such wild conclusions.

So let me take this one step at a time.

According to the UN, the population of the world just hit 8 billion for the first time ever.  The following comes from the official website of the United Nations…

“This year’s World Population Day falls during a milestone year, when we anticipate the birth of the Earth’s eight billionth inhabitant. This is an occasion to celebrate our diversity, recognize our common humanity, and marvel at advancements in health that have extended lifespans and dramatically reduced maternal and child mortality rates,” said UN Secretary-General António Guterres. “At the same time, it is a reminder of our shared responsibility to care for our planet and a moment to reflect on where we still fall short of our commitments to one another,” he added.

But the population of our planet is not growing as rapidly as it once was.

In fact, even the UN is acknowledging that total population growth has dropped to just a trickle…

The global population is growing at its slowest rate since 1950, having fallen under 1 per cent in 2020.

In many wealthy areas of the planet, birth rates have already dropped well below replacement level.  This is true in the United States and Japan, and in Europe the population is steadily declining even though there has been a massive influx of migrants….

The European Union’s population shrank for a second year running last year, the bloc’s statistics office said on Monday, as the region reels from over two million deaths from the coronavirus.

One of the big reasons why birth rates are falling in wealthy countries is because men in those nations are a lot less fertile than they used to be.  In fact, researchers have just released a study that shows that the decline in sperm counts “has only accelerated since the turn of the century”…

Counts have more than halved since the 1970s.

And the decline has only accelerated since the turn of the century, according to a global analysis.

Once your sperm count gets low enough, it becomes almost impossible to have children.

So this is a really big deal.

According to the study, average sperm counts have been declining by 2.64 percent per year since the year 2000…

Results showed the mean sperm count fell by 51.6 per cent between 1973 and 2018 across men from all continents.

And concentrations have been falling by 2.64 per cent per year since 2000, quicker than the previous drop of 1.16 per cent annually from 1972.

And that is a recipe for catastrophic population decline.

If you are a man that wishes to remain fertile, one thing that you can do to help yourself is to stop carrying around your phone in your pockets.

Constantly exposing your genitals to microwave radiation is a really bad idea if you want to have kids.

Of course the human race is killing itself in countless other ways as well.

For example, even though we know that glyphosate causes cancer, we keep feeding foods that have been sprayed with it to ourselves and our children on a daily basis.

As a result, approximately 80 percent of the entire U.S. population now has glyphosate in their urine…

Part of a Centers for Disease Control and Prevention program, the National Health and Nutrition Examination Survey found glyphosate in 1,885 of 2,310 urine samples representative of the population at large. Nearly a third of the samples came from kids, ranging in age from six to 18.

“Glyphosate is the most widely used herbicide in the country, yet until now we had very little data on exposure,” Alexis Temkin, a toxicologist at the Environmental Working Group, said Monday in a statement. “Children in the U.S. are regularly exposed to this cancer-causing weedkiller through the food they eat virtually every day.”

Why would we do this to our kids?

Another way that we are literally killing ourselves is by our widespread use of plastics that contain cancer-causing chemicals.

When we dispose of a plastic item, it slowly starts breaking down into smaller and smaller pieces.  Over time, the pieces become so small that they can barely be seen.  There are trillions upon trillions of these “microplastics” in the air, water and soil all over the planet.  In fact, researchers have found microplastics wherever they have looked.  They have been discovered in the remotest parts of the Earth, they are in the rain that falls from the sky, and they now make up approximately 40 percent of the dust in our homes.

Unfortunately, these microplastics often contain cancer-causing chemicals, and studies have shown that exposure to microplastics can cause “cell death”…

Microplastic particles can cause cell death, cellular wall damage and allergic reactions in humans – at levels ingested by people via their food, a study has warned.

Researchers led from the University of Hull reviewed 17 previous studies on the toxicological impacts of microplastics on human cells in a laboratory setting.

The team then compared the levels of microplastics required to cause cellular damage with those taken in via drinking water, seafood and table salt.

If you get enough plastic in your system, you will die.

And the amount of plastic that we create each year has been rising at an exponential rate.

So this is a health crisis that is only going to get worse.

But even if we were able to eliminate all plastic use immediately, this crisis would continue to escalate for a long time to come, because all of the plastic that we have already discarded will continue to slowly break down for decades.

Sadly, what I have covered in this article is just the tip of the iceberg.

The air that we breathe, the beverages that we drink and the food that we eat are all toxic.

If all that wasn’t enough, there are numerous other ways that we are literally committing societal suicide on a scale of epic proportions.

So the population of the world will not stay at 8 billion for long.

Even if global conditions remain relatively stable, a future of widespread infertility and mass death is ahead.

The clock is ticking for humanity, and the mess that we have created is way too big for us to fix on our own.