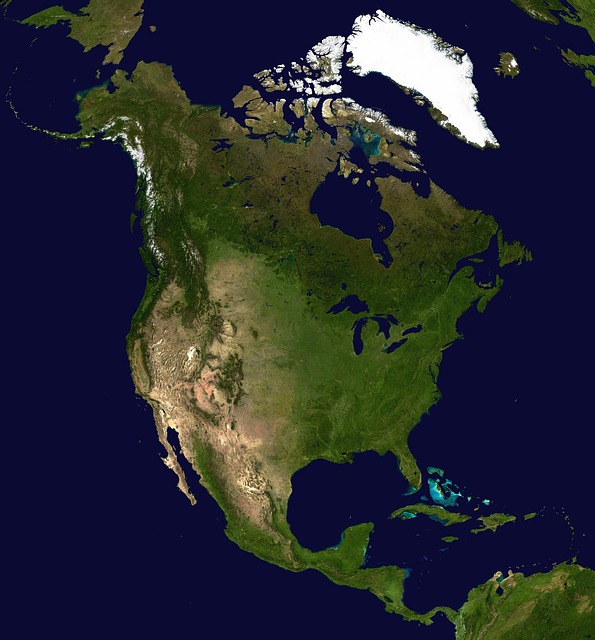 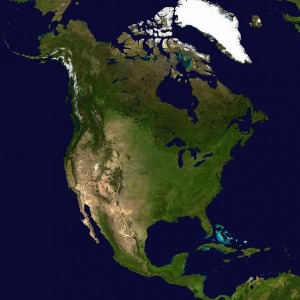 Did you know that Michigan was just hit by the worst earthquake that state has seen in more than 60 years?  In recent days, there has been a series of alarming earthquakes all over the United States.  Of course none of these earthquakes was anything like the massively powerful quake that just crippled the entire nation of Nepal, but many are concerned that these earthquakes could be a sign of what is to come.  All over the planet, seismic activity is increasing.  In fact, I recently wrote about how the number of volcanoes erupting right now is greater than the 20th century’s average for an entire year.  At the same time, the surface of the sun has become very, very quiet.  As you will see in this article, there are scientists that link the two.  It is believed that times of very low solar activity have something to do with a rise in seismic activity, and there is one scientist that is claiming that solar activity is declining faster “than at any time in the last 9300 years” right now.  So what does this mean for the future of our planet?

Before we get to that, let’s review some of the very unusual earthquake activity in the U.S. that we have been witnessing lately.  As I mentioned above, the state of Michigan was just hit by the worst earthquake that it has seen in more than 60 years…

If you thought you felt an earthquake on Saturday — you did. And it was one of the strongest quakes ever experienced in Michigan. Paul Caruso, a geophysicist with the United States Geological Survey, said an earthquake with a magnitude of 4.2 and a depth of focus of 5.9 km was measured around 12:23 p.m. about nine miles southeast of Kalamazoo, near Galesburg. Dozens of residents in several different regions beyond Kalamazoo — from Mount Pleasant and Sterling Heights to Lansing and even as far as Cleveland, Ohio — called the WWJ Newsroom and reported feeling a rumble and the ground shake for between five and 10 seconds.

If that was all that happened, it wouldn’t be that big of a deal.  But at the same time, unusual earthquakes are striking all over the country.  For instance, check out what just happened in Texas…

North Texas was rattled once again with an earthquake early Sunday morning.

The USGS confirmed that the 3.2 magnitude earthquake struck about two miles north-northeast of Irving at about 10:11 a.m.

NBC 5 viewers reported feeling the earthquake in Irving, Dallas and here at the NBC 5 studios in Fort Worth near Dallas/Fort Worth International Airport.

This follows a string of earthquakes in the area just last month.

In addition, on Sunday morning Los Angeles was hit by a magnitude 3.8 earthquake…

A shallow magnitude 3.8 earthquake was reported Sunday morning one mile from View Park-Windsor Hills, according to the U.S. Geological Survey. The temblor occurred at 4:07 a.m. PDT at a depth of 5.6 miles.

The quake was classified by the USGS as “light” but was felt over a wide area of the L.A. basin.

Not to be outdone, the Bay area in northern California was hit by a magnitude 4.0 earthquake on Sunday afternoon…

The U.S. Geological Survey reported the quake hit about one mile south of the city of Concord.

Of course it is not really a great surprise for California to get earthquakes.  The state had been fairly quiet for several decades, but everyone knows that it is just a matter of time before “the big one” comes.  Could these mid-size quakes be a sign that the region is starting to wake up?

Meanwhile, sizable quakes are also being reported in regions of the country that are not typically known for seismic activity.  In fact, northern Idaho was jolted by two substantial earthquakes on Thursday night…

Two earthquakes — a magnitude 4.1 and a 4.2 — jolted north Idaho on Thursday night, with residents from northeastern Washington to northwestern Montana saying they felt the tremors.

It is fairly easy for scientists to explain the earthquakes in California.  But what is with the quakes in Michigan, Mississippi and Idaho?  Something very unusual appears to be happening.

At the same time, volcanic activity is rising all over the planet.  In fact, scientists believe that a submarine volcano off the northwest coast of the United States may have just erupted…

More than 80 scientists from around the world gathered in Seattle last week to discuss a thrilling development: For the first time, seafloor instruments were providing a real-time look at the most active, submarine volcano off the Northwest coast — and all signs indicated it might erupt soon. But even the researchers most closely monitoring Axial Seamount were stunned by what happened next. Beginning Thursday, April 23 — the day after the workshop ended — the new sensors recorded 8,000 small earthquakes in a 24-hour period. The volcano’s caldera, which had been swelling rapidly from an influx of magma, collapsed like a deflated balloon. “All the alarm bells were going off,” said Oregon State University volcanologist Bill Chadwick, who along with a colleague predicted last year that the volcano would erupt in 2015. “It was very exciting.”

For the first time in more than 30 years, lava is flowing on the floor of Halema’uma’u crater in Hawaii.

Kilauea volcano’s volatile lava lake spilled over the rim of a deep vent within Halema’uma’u crater several times overnight, lapping onto the edges of the vent like an overflowing pool.

So what is causing all of this to happen?

Well, could you believe that it is because the sun is being too quiet right now?

For a long time, scientists have known that there is a link between activity on the sun and seismic activity on our planet…

A 1967 study published in the Earth and Planetary Science journal, stated: “Solar activity, as indicated by sunspots, radio noise and geomagnetic indices, plays a significant but by no means exclusive role in the triggering of earthquakes.”

A 1998 report by a scientist from the Beijing Astronomical Observatory… “Earthquakes occur frequently around the minimum years of solar activity.”

As reported on NewScientist.com and numerous other science sites, including Space.com, the sun has recently entered into its lowest (minimum) actively levels in four centuries, coinciding with an increase in global seismic activity. “Solar activity is declining very fast at the moment,” Mike Lockwood, professor of space environmental physics at Reading University, UK, told New Scientist. “We estimate faster than at any time in the last 9300 years.”

So why aren’t we hearing anything about this in the mainstream media?

In recent years, the sun has become extremely quiet, and now things have gone to a whole new level.  In fact, it is being projected that we could shortly see a sun that is “completely blank”…

Everyone knows that high solar activity has a profound effect on the space around Earth. Less well known is that *low* solar activity can be equally transformative. This week, the sun is plunging into a quiet state with almost no sunspots. Only a few dark cores are peppering the face of the sun, and they are so small you might have trouble finding them in this April 30th image from the Solar Dynamics Observatory: Almost no sunspots = almost no solar activity. The sun’s X-ray output has flatlined, and NOAA forecasters estimate a scant 1% chance of strong flares in the next 24 hours. If the sunspot number continues to drop, the sun could become completely blank.

If we have indeed entered a time of decreased solar activity, that could mean that seismic activity on our planet will continue to increase.

This is something that I have been warning about for a long time.  I believe that we are going to see enormous natural disasters both inside the United States and all over the planet during the next few years.  I believe that at some point we are going to see natural disasters that are so dramatic that they will literally change the geography of nations.

So what do you think?  Do you believe that we have entered a time of increased seismic activity?  Please feel free to share what you think by posting a comment below…