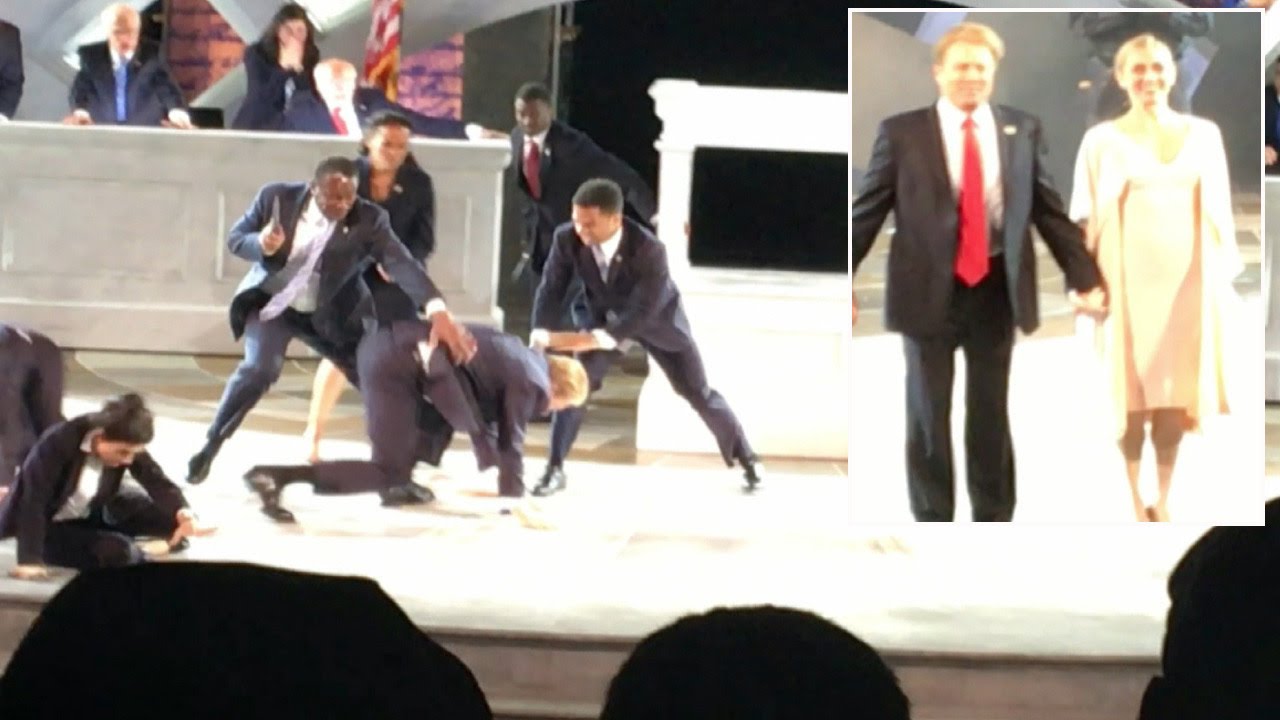 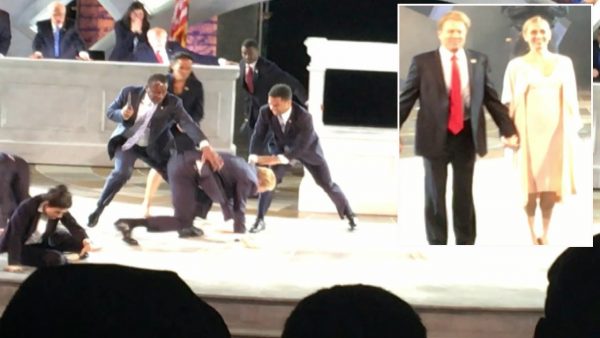 The endgame of the radical left is a nation filled with hatred, anger and violence. Is this really a message that the American people are going to embrace? For decades, Democrats have been getting a tremendous amount of mileage out of “divide and conquer” tactics. In other words, they get one group of people to support them by pointing a finger of accusation at another group. Just recently, I published an article entitled “A List Of 100 Things That Liberals Hate About America”, and I could have easily doubled or tripled that list. The left specializes in hate, and the presidency of Donald Trump has been like throwing red meat to a bunch of sharks that are in a feeding frenzy. Lacking any kind of a positive message to share, the left is in the process of self-destructing as they show the entire world how intellectually and morally bankrupt they truly are.

The New York theater group that is producing a twisted version of “Julius Caesar” in which a character that is dressed up just like Donald Trump is viciously assassinated is a perfect example of what I am talking about. The following comes from Piers Morgan…

The play portrays Caesar as a tempestuous, petulant blond-haired businessman in an expensive business suit with an American pin flag and over-long ties who takes baths in a gold bathtub.

His wife Calpurnia has an Eastern European accent and wears designer clothes.

It ends with Caesar/Trump being brutally murdered by Roman senators who fear he has become too power hungry.

Only in this case, the assassins are all women and minorities, two groups that Trump has been accused of marginalising.

By the end of the assassination scene, Trump’s shirt is absolutely soaked with blood, and it is quite obvious that the producers intended to create a spectacle that is as gruesome as they could possibly get away with.

But instead of reacting to this play with horror, many on the left are absolutely gushing over it. For instance, CNN’s Fareed Zakaria actually called it “a masterpiece”.

And despite all of the public outrage that we have seen in recent days, Time Warner, the New York Times and the New York City government plan to continue funding the production.

Even more alarming than “Julius Caesar” is the relentless campaign of violence and intimidation being waged by Antifa. They are supposed to be “anti-fascists”, but instead they employ many of the exact same tactics and methods that hardcore fascists used all the way back in the 1930s. If these radical leftists ultimately have their way in our society, free speech will become a thing of the past. The following comes from a National Review article…

Lately, Antifa have emerged as the militant fringe of #TheResistance against Donald Trump — who, they maintain, is a fascist, ushering into power a fascist regime. In Washington, D.C., Antifa spent the morning of Inauguration Day lighting trash cans on fire, throwing rocks and bottles at police officers, setting ablaze a limousine, and tossing chunks of pavement through the windows of several businesses. On February 1, Antifa set fires and stormed buildings at the University of California–Berkeley to prevent an appearance by Breitbart provocateur Milo Yiannopoulos. (They succeeded.) In April, they threatened violence if Ann Coulter spoke on the campus; when the university and local law enforcement refused to find a secure location for her to speak, she withdrew, saying the situation was too dangerous.

In the end, these radicals are doing us a tremendous favor. As the left shows us what they are really all about, the American people are going to be so revulsed by what they see that they will look elsewhere for answers.

So when Kathy Griffin posed for her now infamous photograph with “Donald Trump’s severed head”, she did a tremendous amount of damage to her own political movement.

At first she issued a seemingly heartfelt apology, which was the right thing to do, but shortly thereafter she held an absolutely shameful press conference in which she blamed Trump for ruining her life…

In a news conference on Friday, Griffin’s attorney Lisa Bloom accused Trump and his family of “using their power to target her.”

“If you don’t stand up, you get run over,” Griffin said. “What’s happening to me has never happened in this great country. A sitting president of the U.S. … is personally trying to ruin my life forever.”

Bloom said the comedian was contacted by the U.S. Secret Service and said she has retained a criminal lawyer.

“As a result of the first family bullying her, she has been vilified, getting death threats, fired from multiple jobs and had multiple events canceled,” Bloom said.

But of course it wasn’t Trump that ruined her life.

She did that all on her own.

The reason why the left resorts to anger, hate, threats and violence is because they do not have the ammunition to win in the marketplace of ideas.

To the left, more government is the answer to just about every problem. But there is an inverse relationship between government and liberty. The bigger government becomes, the less liberty we have. Every new rule, regulation or law restricts our ability to live our own lives as we see fit in some way, and our founders intended for the federal government to be greatly limited because they wanted a nation where freedom and liberty would be maximized.

So the message of the left is fundamentally an anti-liberty message.

But it is really hard to win over voters with an anti-liberty message, and so that is why leftist politicians have to resort to “divide and conquer” and other tactics that distract voters from the real issues.

And unfortunately, those of us on the right have not always had a clear message because our party has been dominated for way too long by “big government Republicans”. It has been really hard to communicate a pro-liberty message when so many top Republicans have been responsible for growing the size of government on the federal, state and local levels over the past several decades.

In just a few weeks, I am going to release a new book with an exceedingly positive message for America. When it is ready, you will be able to find it on my author page. Yes, we are facing immense challenges as a nation due to decades of incredibly foolish decisions, but that doesn’t mean that we should throw in the towel.

If we will embrace those values and those principles, we will have a chance to become “the land of the free” once again.

But if we continue to embrace the values that the left is trying to impose upon all of us, our future is going to be exceedingly bleak indeed.