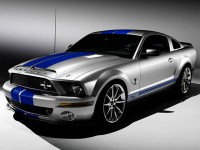 On Tuesday, Ford Motor Company reported a record breaking profit for the third quarter.  Ford earned 1.7 billion dollars during the quarter, which was way up from a profit of $997 million a year ago during the same time period.  Ford CEO Alan Mulally is being hailed as a miracle worker, and investors are giddy about the future of the company.  So is all of this success by Ford translating into good jobs for American workers?  No.  As described in a recent article on MSNBC, Mulally has been “revamping Ford’s U.S. and global manufacturing operation to be cheaper, more efficient and more flexible”.  In other words, Mulally has been getting rid of American workers in droves.  Since Mulally took over as CEO, Ford has slashed its North American work force by nearly half.  Ford has shut down or plans to shut down a dozen U.S. manufacturing facilities.  Today, only about 40 percent of Ford’s 178,000 workers are employed in North America, and a lot of those jobs are in Canada and Mexico.  In fact, the number of Ford cars produced in Mexico continues to grow rapidly.  The truth is that this is yet another example that proves that what is good for Wall Street is not necessarily good for average American workers.

Today, the average Mexican auto worker makes less than a tenth of what a U.S. auto worker makes in total compensation.  In the new global economy, good jobs are going to where the labor is the cheapest, and that means going away from American workers.

Even the unionized workers that remained at the manufacturing facilities that Ford kept open were forced to agree to very substantial concessions to their labor contracts just to keep their jobs.

Meanwhile, literally hundreds of Ford dealerships have been shut down from coast to coast.  All of this “dealership downsizing” has also come at a very high price – thousands of good American jobs.

So should we be celebrating record profits at Ford?

The truth is that in the pursuit of profits, Ford has devastated quite a few local communities.

For example,  Ford recently announced the closure of a facility that produces the Ford Ranger in St. Paul, Minnesota.

Yes, of course Ford Rangers are still quite popular, and Minnesota desperately wanted to keep that factory open.

But it didn’t work.

So where are all of those Ford Rangers going to be manufactured now?

Well, the statement about the plant closing issued by Ford did not reveal that tidbit, but it did offer some clues….

“Ford continues to concentrate on implementing the plan we initiated four years ago to streamline our plant operations and better leverage our global platforms. At this time, the Twin Cities Assembly Plant does not fit into our global manufacturing strategy.”

When you see big corporations like Ford use the word “global”, what it really means is some place other than America.

So don’t be too quick to applaud Ford for record breaking profits.

The truth is that if current trends continue, we are going to end up with literally tens of millions of unemployed American workers.

We are shipping factories, jobs and wealth overseas so rapidly that it is hard to even comprehend what is going on.

Just think about that for a minute.

World trade has been completely and totally revolutionized over the past 25 years, and America is losing.

The United States has lost approximately 42,400 factories since 2001.

So how many more are we going to lose before our “leaders” do something about it?

The sad truth is that the United States is being deindustrialized.  The big global corporations have figured out that they don’t really need American workers anymore, and that is really, really bad news for the American middle class.

Without good paying jobs, the future of the middle class is incredibly bleak.

If you think that you have figured out how the U.S. middle class is going to be able to thrive without good jobs, please leave a comment below and tell me why I am wrong….