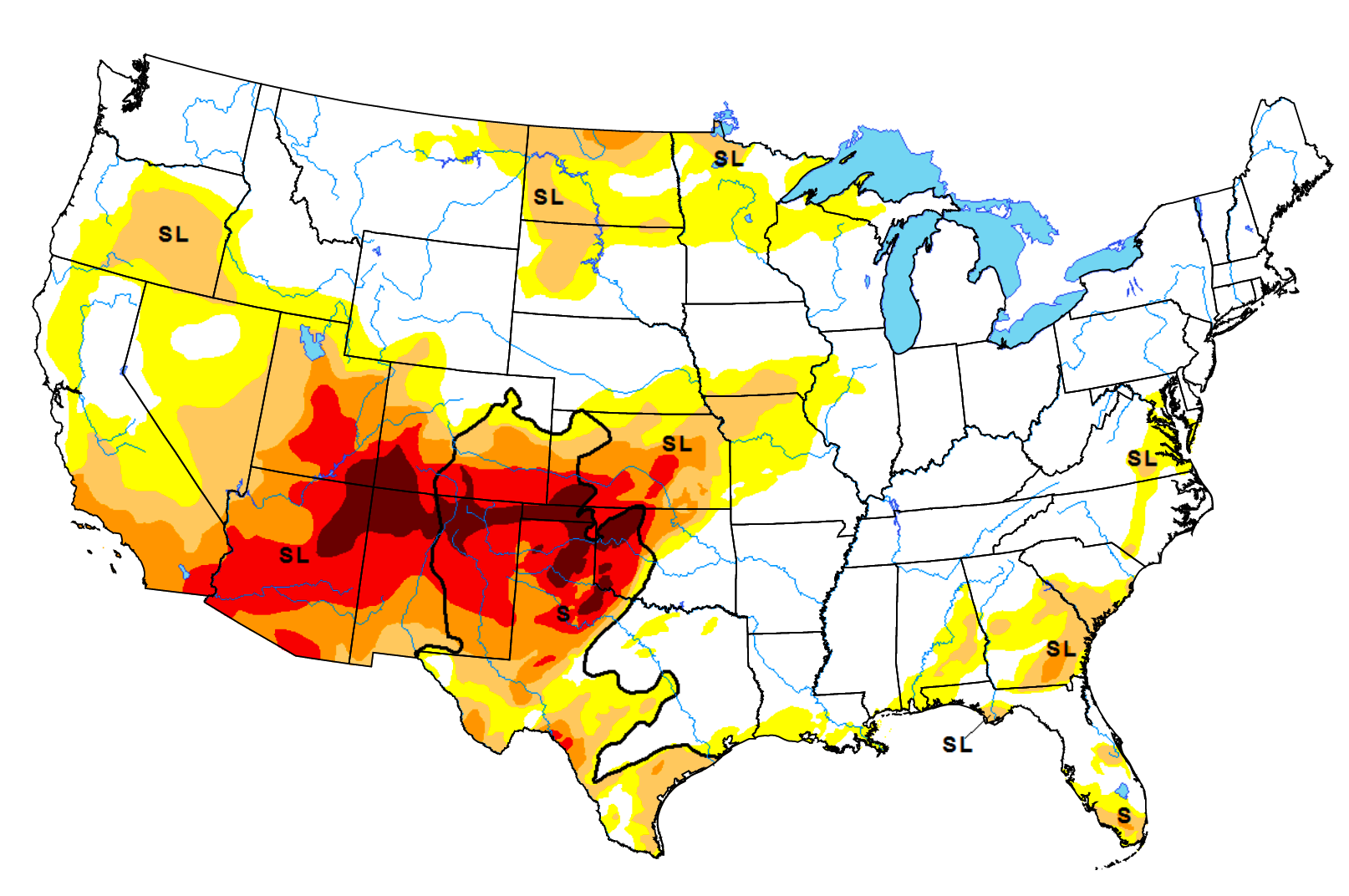 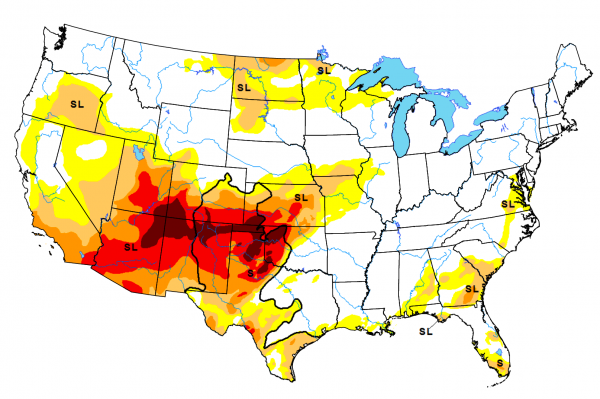 The worst drought to hit the Southwest in decades continues to grow even worse, and many are already comparing this current crisis to the Dust Bowl days of the 1930s.  Agricultural production is way down, major rivers are running dry, and horses are dropping dead from a lack of water.  The epicenter of this drought is where the states of Utah, Colorado, Arizona and New Mexico all come together, but it is also devastating areas of north Texas, Oklahoma and Kansas as well.  Portions of seven states are already at the highest level of drought on the scale that scientists use, and summer won’t even start for about another two months.  If we don’t start seeing some significant rainfall, it won’t be too long before massive dust storms start devastating the entire region.  The mainstream media is finally beginning to wake up and start reporting on this crisis, and some reporters are choosing to make a direct comparison between this drought and the Dust Bowl conditions during the Great Depression…

Drought conditions are so severe across much of the Southwest that they rival those during the disastrous Dust Bowl period of the 1930s, when severe dust storms killed livestock and caused crops to fail.

Oklahoma State Climatologist Gary McManus said some climatological stations in the western part of his state have recorded less than 2 inches of rain since October.

If you are not familiar with the Dust Bowl period, you should be able to find a good documentary online to watch.  It was one of the most painful periods in American history, and we could be right on the verge of a repeat.

Those that have followed my work for an extended period of time know that I have been warning about a return of Dust Bowl conditions, and now it is actually happening.  The flow of the Colorado River is way, way down, and in some areas the Rio Grande has already dried up completely…

The drought has hit the Colorado River hard. Forecasters say the river will carry only about 43 percent of its average amount of water this year into Lake Powell, one of two big reservoirs on the system.

In New Mexico, stretches of the Rio Grande — another one of North America’s longest rivers — have already gone dry as biologists have been forced to scoop up as many endangered Rio Grande silvery minnows as possible so they can be moved upstream.

As urban populations have surged, the Southwest has already been dealing with unprecedented water stress, and now this crisis is going to take things to an entirely new level.

Meanwhile, this drought has been hitting farms really hard.  Winter wheat production in some areas will be about half of what it was last year, and this summer some wheat farmers may have to abandon their fields entirely…

Yield potential for hard red winter wheat in southwest Kansas and northwestern Oklahoma is roughly half that of a year ago as exceptional drought conditions take a toll on the crop, scouts on an annual tour said on Wednesday.

Some farmers may be forced to abandon their wheat fields due to blisteringly dry growing conditions, adding to woes for those already suffering from declining global demand for U.S. wheat, scouts on the Wheat Quality Council tour said.

The United States has fallen to the No. 2 world exporter, behind top shipper Russia, and U.S. farmers this season planted the fewest wheat acres in a century. Kansas is the top wheat- growing U.S. state and Oklahoma is the fifth-largest producer.

Somewhere around 60 percent of all winter wheat in Texas is being graded “poor” or “very poor”, and Kansas is on pace to have its smallest winter wheat crop in nearly 30 years.

So what is going to happen this summer if we don’t see some substantial rainfall?

Many fear the worst.  In fact, one top expert is warning that agricultural losses in the state of Texas alone this year will be in the “billions”…

Home to one of the nation’s most fertile farming areas—crop production in the Texas region alone generates about $12 billion in economic activity—observers say the drought could punish the agricultural sector, affecting everything from cotton to cattle to farming-equipment sales.

“It’s going to be in the billions in terms of crop loss,” said Darren Hudson, director of the International Center for Agricultural Competitiveness at Texas Tech University in Lubbock.

A lot of people don’t get too emotional about crops dying, but when horses start dropping dead that is another thing entirely.

At the top of this article I told you that horses have been dropping dead in the Southwest from a lack of water, and it isn’t just a few.

In fact, one media outlet recently reported the discovery of almost 200 dead horses around a dried up watering hole…

Off a northern Arizona highway surrounded by pastel-colored desert is one of the starkest examples of drought’s grip on the American Southwest: Nearly 200 dead horses surrounded by cracked earth, swirling dust and a ribbon of water that couldn’t quench their thirst. Flesh exposed and in various stages of decomposition, the carcasses form a circle around a dry watering hole sunken in the landscape, CBS affiliate KPHO-TV reports.

And please keep in mind that this is just May.

What are things going to look like once we get to July and August?

This is what a severe drought looks like.  We haven’t seen anything like this since the Dust Bowl of the 1930s, and to be honest the Southwest is completely unprepared for what is about to happen.

Let us pray that rain comes soon, because without sufficient precipitation things could go from bad to worse very rapidly.