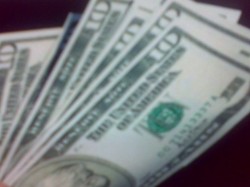 Wouldn’t it be nice if our politicians in Washington D.C. simply decided that we are not going to spend more money then we bring in?  That would just seem to be common sense.  After all, what do most of those big time debt management seminars teach?  Most of the time they tell families with debt problems that the very first thing that they need to do is to stop spending so much darn money.  Well, with the U.S. government things are just not that simple.  In fact, even the most “crazy” budget proposals floating around Congress right now would not balance the federal budget until 20 years from now.  The truth is that there does not seem to be much hope for America’s debt problem.  In fact, it appears to be inevitable that it will continue to get worse long into the future.

So is there anyone in Congress that is serious about balancing the budget right now?  Well, there are a handful of politicians in Washington that want to address the problem right now, but they are generally labeled as “extremists” by the mainstream media.

Instead, the mainstream media has been focusing on the brutal fight over the small budget cuts that the establishment Republicans are proposing.  CNN, Fox News and MSNBC make it seem as though this is a “life or death” fight, but the reality is that it really isn’t going to make much of a difference no matter who wins.

Right now the Obama administration estimates that the federal budget deficit for fiscal 2011 will be approximately 1.6 trillion dollars.

The Republicans propose to reduce that amount by 3.8%.

The Democrats say that they only want to cut it by 2.1%.

Wow, both parties are really wielding the budget-cutting axe, eh?﻿

The truth is that this situation is a complete and total joke.

Neither party intends to balance the budget this decade.

Just today, U.S. Representative Paul Ryan made headlines with his plan to cut $4 trillion from the federal budget over the next 10 years.

His plan would return federal spending to 2008 levels and it would include deep cuts to both Medicaid and Medicare.

His plan is being called “crazy” and “radical” and already Democrats are swearing that such a plan would never make it through the U.S. Senate.

As “crazy” as Ryan’s plan is, it would not even balance the federal budget until 20 years from now.

You do have to give credit to Ryan for at least addressing Medicaid and Medicare.  Most of our politicians staunchly refuse to even discuss budget cuts to those programs.

And the reality is that going after entitlement programs is political suicide.  Tens of millions of Americans rely on direct payments from the federal government and they are not going to take too kindly to any politician that comes along and wants to take part of their money away.

But something has got to be done.  Things have gotten completely and totally out of control.  Mandatory federal spending is going to surpass total federal revenue for the first time ever in this fiscal year.  That was not supposed to happen until 50 years from now.

International organizations are becoming increasingly alarmed about our debt management problem.  A recently revised IMF policy paper entitled “An Analysis of U.S. Fiscal and Generational Imbalances: Who Will Pay and How?” projects that U.S. government debt will rise to about 400 percent of GDP by the year 2050.

So what kind of debt management solutions is the IMF policy paper proposing that the U.S. government implement?

Well, the paper indicates that a “permanent annual fiscal adjustment” that is equivalent to 15 percent of U.S. GDP is what is required.

So how would that be achieved?

Well, the IMF paper proposes that all federal tax rates be raised substantially and that all entitlement payments be slashed by 35% immediately and permanently.

That does not sound fun.

Plus, those measures would likely collapse the economy.

But that is the situation that we are in.

One of the only things keeping the economy from plunging into a major depression right now is wild borrowing and spending by the federal government.

But all of this wild borrowing and spending is making our long-term problems even worse.

Unfortunately, our politicians decided that they would go “all in” on trying to fix our economy now and they are hoping that somehow a solution to our growing long-term financial problems can be worked out later.

This is the same path that we have been going down for the past 30 years.  Our politicians love to talk, but the time for fixing our massive debt problem never seems to arrive.

In fact, the politicians in Washington seem to find endless reasons to spend even more money.

For example, the cost of the first week of attacks on Libya was 600 million dollars.  Now we are involved in three wars that we can’t afford.

Meanwhile, many of the largest corporations in the world give millions of dollars to our politicians but often they do not pay a single penny in corporate taxes to the U.S. Treasury.

The truth is that our tax system is unfair, corrupt, deeply broken and needs to be scrapped entirely.

So what is the end result of having a tax system that is busted while U.S. government spending is out of control at the same time?

The end result is a government that is completely drowning in debt.  We have accumulated the largest mountain of debt in the history of the world and we expect our children and our grandchildren to pay it off.

*If you divide the national debt up equally among all U.S. households, each one owes a staggering $125,475.18.

*The federal government has borrowed 29,660 more dollars per household since Barack Obama signed the economic stimulus law two years ago.

*The U.S. government currently has to borrow approximately 41 cents of every single dollar that it spends.

*The total compensation that the federal government workforce earned last year came to a grand total of approximately 447 billion dollars.

*The U.S. national debt is currently rising by well over 4 billion dollars every single day.

*The U.S. government is borrowing over 2 million more dollars every single minute.

*The U.S. national debt is over 14 times larger than it was just 30 years ago.

*Unfunded liabilities for entitlement programs such as Social Security and Medicare are estimated to be well over $100 trillion, and nobody in the U.S. government seems to have any idea how we are actually even going to come close to meeting all of those obligations.

*If the federal government began right at this moment to repay the U.S. national debt at a rate of one dollar per second, it would take over 440,000 years to pay off the national debt.

Yet despite all of these statistics, our politicians still want to put balancing the budget off for another time.

Well, the truth is that time is running out.

At some point, the rest of the world is going to realize that there is no hope of ever getting the U.S. government debt spiral under control again.  They will completely lose faith in the U.S. dollar and in U.S. Treasuries and the global financial system will come crashing down.

Let us hope that day does not arrive too soon, but the recent behavior of our politicians is not doing much to inspire confidence around the globe.  Most of our politicians still act as if they can rack up record breaking budget deficits indefinitely and that there will never be any serious consequences.

Oh, how wrong they are.  A great day of reckoning is coming for the U.S. financial system and it is going to be incredibly painful.

Things did not have to turn out this way, but they did.  So hold on tight and get ready for some bumpy times.