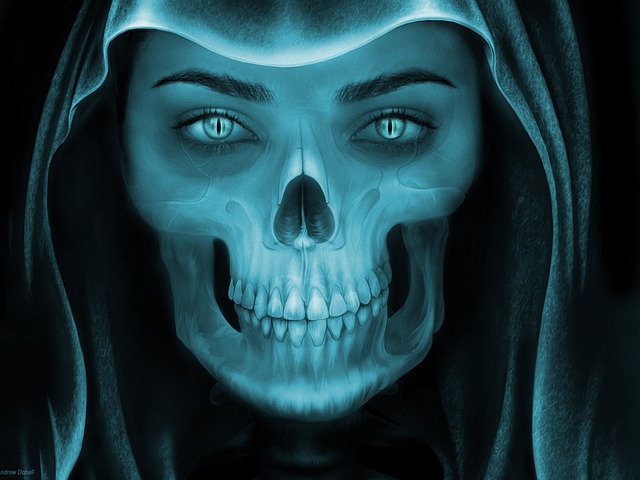 Did you know that Planned Parenthood gets more than half a billion dollars from the federal government every single year?  Did you know that the Obama administration gives an additional 35 million dollars each year to the United Nations Population Fund to promote abortion and sterilization around the globe?  And did you know that the radical new sustainable development agenda that is being launched by the United Nations in September includes a goal of providing access to abortion services to every single woman on the entire planet by the year 2030?  The things that you are going to read about in this article are very disturbing.  The demonic population control agenda of the New World Order is greatly advancing, and Barack Obama and the U.S. government are at the tip of the spear.

No matter which political party has been in power, the U.S. government has been giving hundreds of millions of dollars to Planned Parenthood year in and year out.  They just kept on doing this even though they knew that Planned Parenthood was harvesting body parts from aborted babies and selling them to medical researchers to be used in sick and twisted experiments.  It was common knowledge that this was happening in the abortion industry, but nobody was really talking about it.  Thankfully, a series of undercover videos has been released recently which has caused this horrific practice to make headlines all over the planet.

Just this week, a fifth video was released.  This one actually shows a Planned Parenthood official discussing the sale of “intact fetal cadavers”…

“So, if we alter our process and we are able to obtain intact fetal cadavers, then we can make it part of the budget that any dissections are this, and splitting the specimens into different shipments is this,” she says, adding “I mean that’s — it’s all just a matter of line items.”

You can watch the entire video right here.  It is hard to even fathom that people could be so evil.  We are talking about a level of depravity along the lines of a Josef Mengele.

Now it is all out in the open, and most Americans don’t seem too concerned about it.  Barack Obama has already pledged to stop all attempts to defund Planned Parenthood, and he is very proud to stand shoulder to shoulder with them.  The following is an excerpt from a speech that Obama delivered to Planned Parenthood in 2013…

“That’s why no matter how great the challenge, no matter how fierce the opposition, there’s one thing the past few years have shown,” Obama said. “It’s that Planned Parenthood isn’t going anywhere.”

Barack Obama is also very committed to advancing the population control agenda of the United Nations.

As I mentioned above, the United Nations is launching the 2030 Agenda For Sustainable Development in September.  The Pope is actually traveling to New York to deliver the speech that will kick off the conference where this agenda will be publicly unveiled.  But what most people don’t realize is that population control is at the very core of this new agenda.  According to the finalized text of this new agenda, the UN is setting a goal of making abortion services available to every woman on the entire planet by the year 2030.  The following comes from the official text of the 2030 Agenda For Sustainable Development…

We are committed to ensuring universal access to sexual and reproductive health-care services, including for family planning, information and education.

And of course the UN has already been working hard to promote population control all over the world for many, many years.

For fiscal year 2015, the U.S. Congress approved 35 million dollars in funding for the UN population fund.  This is an organization that has been caught red-handed implementing some absolutely horrific population control measures all over the world.  For instance, just check out what happened in our neighbor to the south…

An independent investigation has found that the United Nations Population Fund (UNFPA), in its association with the National Population Council of Mexico (CONAPO), supports involuntary sterilization and coercive family planning in Mexico.

According to Mexico’s National Human Rights Commission (NHRC), which recently denounced coercion in family planning programs throughout Mexico, “Public health servants have imposed methods of family planning on the native population without their consent and without informing them of the risks.” Threats and bribes are used to deprive men and women of their right to determine for themselves the timing and spacing of pregnancies.

It has also been found that CONAPO has established national quotas (for family planning users) which are fulfilled by regional hospitals and by teams of local family planning workers. CONAPO’s coercive family planning program, which involves forced sterilization, is heavily supported by UNFPA with financial, strategic, technical and medical support. In its fourth cycle of assistance with Mexico, UNFPA is scheduled to provide $12 million for population control over the next five years.

Over 40 case studies of victims were obtained in Mexico this summer, noting the following abuses: covert abortion under the guise of “normalization of menstruation”; clandestine placement of IUDs, and involuntary signing of “informed consent” documents in order to sterilize victim. In one alarming case, a woman testified that, while undergoing a caesarian delivery, her fallopian tubes were ligated (tied) without her foreknowledge or consent.

The UN Population Fund has been caught doing similar things in Peru, in China and elsewhere.  In India, “health officials” were even offering motorcycles, televisions and new cars to women in an attempt to get them sterilized.

And if you don’t think that this will ever come to the United States, you are sadly mistaken.  Barack Obama’s top science adviser, John P. Holdren, believes that implanting sterilization capsules under the skin of American women could be an effective way of stabilizing the size of the population in the United States…

If that sounds evil to you, that is because it is evil.

And did you know that the federal government actually has an “Office of Population Affairs“?

Most Americans have never heard of it, but it actually exists.

Most Americans also do not know that sterilization will not cost women a single penny under Obamacare.  A new regulation that recently went into effect requires that all health plans must fully cover sterilization for all women with “reproductive capacity”.

Why would Obama want this?

It is because he is fully committed to promoting the demonic population control agenda of the New World Order.  For much more on how obsessed the global elite are with “overpopulation”, please see my previous article entitled “46 Population Control Quotes That Show How Badly The Elite Want To Wipe Us All Out“.

The global elite want all of us to believe that climate change is the greatest threat that humanity is facing, and that one of the best things that we can do to fight climate change is to reduce population growth.  Each one of us has a “carbon footprint”, and so in their view the less of us that are running around the better.

Ultimately, they would like to stabilize the size of the human population of the planet at around 500 million people.

That would mean a reduction of more than 90 percent from the current level.

This is something that the global elite talk about and write about all the time, and nobody should underestimate their sick obsession with “saving the planet”.

So precisely how will they achieve their goal of getting rid of so many of us?

Feel free to join the discussion by posting a comment below…