Weather patterns are becoming increasingly erratic and the ground under our feet is becoming extremely unstable.  So precisely what in the world is going on here?  Is this the beginning of a trend?  Could it be possible that we are entering the worst period for natural disasters in U.S. history?  The tornado that just hit the town of Moore, Oklahoma is already being called one of the most destructive tornadoes that America has ever seen.  That tornado came almost two years to the day after the deadliest tornado in U.S. history hit Joplin, Missouri.  But of course it is not just tornadoes that seem to be getting more powerful.  Giant sinkholes are appearing at an unprecedented rate,  earthquakes are becoming more frequent and more powerful, 6 of the 10 worst years for wildfires ever recorded in the United States have all come since the year 2000, and the western part of the country is experiencing the worst stretch of drought since the days of the Great Depression.  Is all of this just some sort of a giant coincidence?  If not, what is causing these changes?

The giant F4 tornado that absolutely devastated Moore, Oklahoma had winds of up to 200 mph.  It was estimated to be at least two miles wide at one point, and what made it especially destructive was the fact that it sat on the ground for 40 minutes.  Most tornadoes only reach the ground for a couple of minutes.  According to the latest reports, the tornado resulted in 24 deaths and hundreds of others were seriously injured.

It was far more powerful than the atomic bomb that was dropped on Hiroshima, and it is being called “the worst tornado damage-wise in the history of the world” by a meteorologist at KFOR-TV.

You can see video of the tornado right here.  Oklahoma Lt. Gov. Todd Lamb compared the tornado to a “two-mile-wide lawnmower blade going over a community.”

Meanwhile, other parts of Oklahoma experienced very unusual weather as well.  In fact, hail the size of grapefruits was falling in one area near Oklahoma City.

Personally, I sure am glad that I don’t live in tornado alley.  I don’t know if I could handle hail the size of grapefruits and tornadoes that are two miles wide.

But despite the fact that we have seen such destructive tornadoes in recent years, constructing storm shelters has very much gone out of style.  This is very unfortunate, because as Mike Adams of Natural News has pointed out, even a very small storm shelter can save your life…

Most fatalities in tornados happen because people are killed from flying debris. You might even call it “wind shrapnel.” Take a bunch of lumber, aluminum siding, bricks and roof trusses and accelerate them to 200 mph and you have a deadly weapon that will kill almost anyone it touches. But put your body just three feet underground — in a tornado shelter — and all that debris flies right past you, harmlessly above your shelter.

Another huge concern is the epidemic of sinkholes that we have seen all over the United States over the past few years.

Some cities are actually being eaten alive by these things.  For example, just check out what is happening to Harrisburg, Pennsylvania…

Pennsylvania’s state capital is suffering from a rash of monster sinkholes, but city officials are too broke to do anything about it.

Loose soil and leaky, century-old underground water pipes are to blame for the municipal nightmare, which came to a head on the New Year’s Eve when a 50-foot sinkhole yawned open along Fourth Street, the Wall Street Journal reported.

The eight-foot deep crater — one of at least 41 in the city — is so large, locals made it a “check-in” site on the social media site Four Square.

Some cheeky residents and the media nicknamed the hole “Super Sinkhole Walter.”

Scott and Robin Spivey had a sinking feeling that something was wrong with their home when cracks began snaking across their walls in March.

The cracks soon turned into gaping fractures, and within two weeks their 600-square-foot garage broke from the house and the entire property — manicured lawn and all — dropped 10 feet below the street.

It wasn’t long before the houses on both sides collapsed as the ground gave way in the Spivey’s neighborhood in Lake County, about 100 miles north of San Francisco.

For much more on this phenomenon, please see my previous article entitled “Why Are Giant Sinkholes Appearing All Over America? Is Something Happening To The Earth’s Crust?”

At the same time, we have seen the number and intensity of earthquakes increase all over the planet in recent years.

Thankfully, the U.S. has not seen “the big one” strike yet.

But everyone knows that it is going to happen at some point.

One of the areas that I am most concerned about is the New Madrid fault zone.  A massive earthquake along that fault zone would deeply affect millions of lives.  The following is from a recent article by Michael Fitzgerald of the CNHI News Service…

It’s a bleak scenario. A massive earthquake along the New Madrid fault kills or injures 60,000 people in Tennessee. A quarter of a million people are homeless. The Memphis airport – the country’s biggest air terminal for packages – goes off-line. Major oil and gas pipelines across Tennessee rupture, causing shortages in the Northeast. In Missouri, another 15,000 people are hurt or dead. Cities and towns throughout the central U.S. lose power and water for months. Losses stack up to hundreds of billions of dollars.

Fortunately, this magnitude 7.7 temblor is not real but rather a scenario imagined by the Mid-America Earthquake Center and the Institute for Crisis, Disaster and Risk Management at George Washington University. The goal of their 2008 analysis was to plan for a modern recurrence of quakes that happened along the New Madrid fault more than 200 years ago, in 1811 and 1812.

And remember, the scenario discussed above is just for a 7.7 earthquake.  Much more powerful earthquakes have happened in the New Madrid fault zone in the past, and that is exactly what many are expecting to happen in the years ahead.

Meanwhile, the “Ring of Fire” continues to heat up.  Over the past few years, there have been major earthquakes in almost every area along the Pacific rim except for the west coast of the United States.  We should be very thankful for that, but that good fortune will not last indefinitely.

Personally, I would not want to be living anywhere along the Pacific coast in the coming years.

And it is not just earthquakes that we need to be concerned about along the Ring of Fire.  We are also seeing a significant increase in volcanic activity.

Most Americans don’t realize it, but a major volcanic eruption is going on up in Alaska right now.  The following is from Yahoo News…

One of Alaska’s most active volcanoes, which has been belching ash and spewing lava since last week, has forced regional flight cancellations and dusted some nearby communities with ash, scientists and local officials said on Monday.

Pavlof Volcano has sent up ash as high as 22,000 feet, with the cloud blowing eastward and the eruption showing no signs of abating, according to the federal-state Alaska Volcano Observatory.

The lava from its 8,261-foot (2,518-metre) peak has also created huge steam clouds on meeting the mountain’s snow.

And there are several volcanoes along the west coast of the United States that people should be keeping their eyes on as well.  One of them is Mt. Saint Helens.  The following is what one scientist recently said about Mt. Saint Helens…

We know magma is forming, we see little earthquakes, and we know it is reloading. We know it will erupt again and we know we may have as little as a week’s notice.

Personally, I am even more concerned about Mt. Rainier.  That is one of the reasons why I included an eruption of Mt. Rainier in my new novel.  Mt. Rainier has started to become unstable, and a full-blown eruption would be absolutely catastrophic.

In addition to everything else that I have discussed above, we have also been witnessing an increase in the intensity of hurricanes, wildfires, drought and dust storms over the past decade.

Do you have any idea? 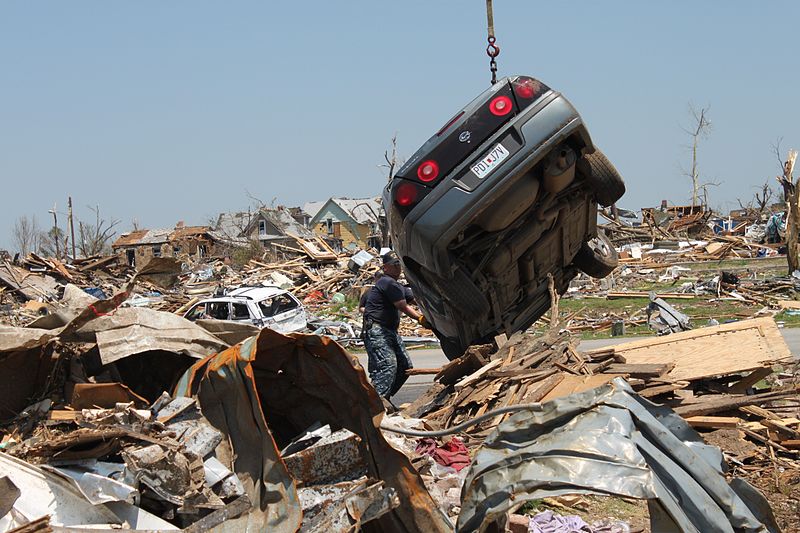