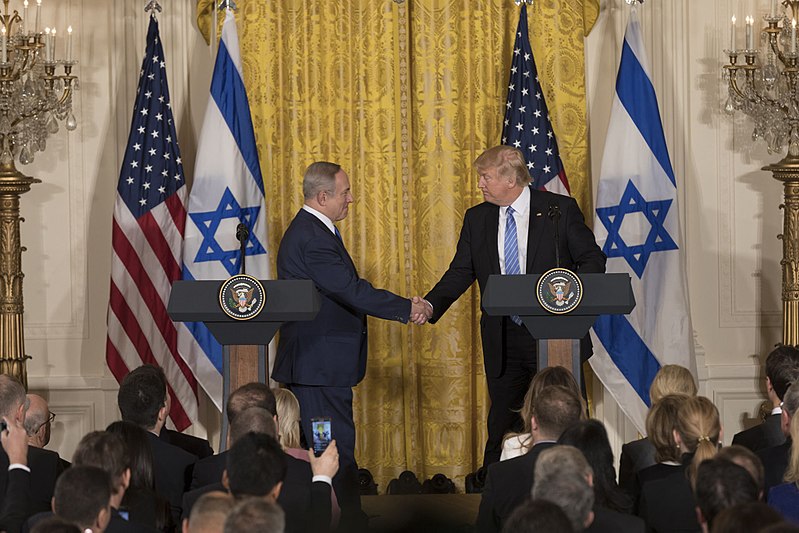 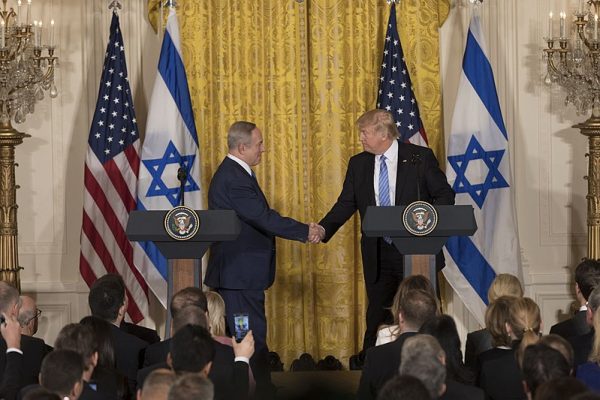 On Wednesday, President Trump announced that the United States is formally recognizing Jerusalem as the capital of Israel and would begin the process of moving the U.S. embassy to the holy city.  This move sent shockwaves around the world, and it is likely that we could see widespread violence erupt in the Middle East.  But what most people don’t realize is that the timing of this announcement was extremely significant.  As you will see below, this came on the exact date on the Hebrew calendar when the Partition Plan for Palestine was adopted 70 years ago, and it is yet another example of how Trump and Israel are linked by the number “7” over and over again.

Let’s take this one step at a time.  The modern state of Israel was born on May 14th, 1948 and U.S. President Harry Truman formally recognized the new nation on that same day.

So 2018 is Israel’s 70th birthday, and many believe that it was not a coincidence that Donald Trump formally recognized Jerusalem as the capital of Israel just prior to this very important anniversary.  In fact, the U.S. embassy in Jerusalem should be ready to open by the time May 14th rolls around.

But even more incredible is the fact that President Trump’s announcement took place on the 17th of Kislev, which is the precise date on the Hebrew calendar when the Partition Plan for Palestine was adopted by the UN General Assembly in 1947.

2017 is exactly 70 years from 1947, and many are drawing parallels between that period of time and the 70 year Babylonian exile that we read about in the Bible.  Of course the Babylonian exile was formally ended by King Cyrus, and many have compared Trump to a modern day Cyrus.

Incredibly, President Trump and Israel appear to be linked by the number “7” in many other ways as well.  Here are just a few examples…

-On Trump’s first full day in office he was 70 years, 7 months and 7 days old, and it happened in year 5777 on the Hebrew calendar.

-Donald Trump was born exactly 700 days before Israel declared independence on May 14th, 1948.

Could all of these remarkable numbers simply be the result of random chance?

But I don’t think so.

The Lord has His hand on the nation of Israel, and if you doubt this, just read the amazing material that William Koenig has put together in his best selling book entitled “Eye to Eye”.  We are so fortunate that Trump is in the White House, because one year ago Barack Obama was doing all that he could to help carve up the land of Israel.  The following comes from Gateway Pundit…

On Christmas Day 2016, in a final despicable act against Christians and Jews, Barack Obama effectively signed over Christendom’s and Judaism’s holiest sites to radical Muslim groups.

And…. The Christian and Jew-hating Obama administration HELPED WRITE the UN draft!

Barack Obama refused to veto a Security Council resolution condemning settlement construction in the West Bank and east Jerusalem. This resolution effectively turns over the Old City to Palestinian groups. The Palestinians are led by Hamas terrorists in Gaza and Fatah Islamists in the West Bank. Obama thought this was a good move.

If Hillary Clinton had won the election, she would have continued Barack Obama’s policies and would have pushed very hard for an agreement that would have permanently divided the land of Israel into two states.

So we should be exceedingly thankful that Donald Trump won, and let us pray that he will continue to stand with the nation of Israel throughout his presidency.