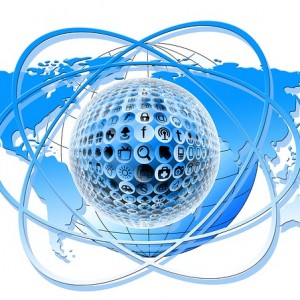 You have heard of the “No Fly List”, right?  Well, now the Tories are pledging that if they win the next election in the UK they will establish a list of “extremists” that will have to have their social media posts “approved in advance by the police” before they post them.  There are also plans to ban “extremists” from broadcasting and speaking at public events.  The stated goal of these proposals is to crack down on terrorism, but in the process the civil liberties of the British people are going to be flushed down the toilet.  And the American people need to pay close attention to what is going on in the UK, because whatever police state measures are implemented over there usually also get implemented over here eventually.  For those that believe that we need to do “whatever it takes” to fight terrorism, there is a very important question that you need to ask yourself.  What if the government decides that you are an “extremist” because of what you believe?  What will you do then?

When I saw a report in the Telegraph today entitled “Extremists to have Facebook and Twitter vetted by anti-terror police“, I could hardly believe it.

Do the British people actually want a “no social media list” that will essentially ban people from using Facebook and Twitter even though they haven’t actually been convicted of doing anything wrong?

The following is a brief excerpt from that article…

Extremists will have to get posts on Facebook and Twitter approved in advance by the police under sweeping rules planned by the Conservatives.

They will also be barred from speaking at public events if they represent a threat to “the functioning of democracy”, under the new Extremist Disruption Orders.

Theresa May, the Home Secretary, will lay out plans to allow judges to ban people from broadcasting or protesting in certain places, as well as associating with specific people.

The plans — to be brought in if the Conservatives win the election in May — are part of a wide-ranging set of rules to strengthen the Government’s counter-terrorism strategy.

This sounds like an Orwellian nightmare for the British people.

And who is an “extremist” anyway?

We are being told that those that belong to ISIS are extremists, and nobody would argue that.

But the article in the Telegraph makes it sound like any group “that spreads or promotes hatred” would be considered extremist.  And under these new proposals, even belonging to such a group could get you thrown into prison for up to 10 years…

The Home Secretary will also introduce “banning orders” for extremist groups, which would make it a criminal offence to be a member of or raise funds for a group that spreads or promotes hatred. The maximum sentence could be up to 10 years in prison.

So what does all of that exactly mean?

Would anti-abortion groups be considered “extremist”?

Would groups protesting against the abuses of the British government be considered “extremist”?

Would Christian churches ultimately be considered “extremist” because they don’t agree with the radical liberal agenda of the central government?

Essentially what the Tories propose to do is to tightly regulate all speech.  And there is no way to do that without turning the entire United Kingdom into a totalitarian hellhole.

Meanwhile, the United States continues to march down a similar road.

For example, we now live in an environment where a 16-year-old kid can be suspended from school and arrested by the police for writing a story “about using a gun to shoot a dinosaur”…

In another case of school officials adhering to ridiculous zero tolerance policies, a student from South Carolina was suspended and arrested by police recently after writing an imaginative story about using a gun to shoot a dinosaur.

The offender, 16-year-old Alex Stone of Summerville High School in a suburb of Charleston was in the course of completing an assignment where students were asked to write something brief about themselves, much like Facebook status updates.

Stone told reporters that he found himself in hot water with teachers for being over imaginative and mentioning the word ‘gun’.

This is utter insanity, and it is getting worse with each passing day.

And it is not just kids that have to deal with this kind of thing.  A Big Brother police state control grid is being slowly constructed all around us.  And authorities are preparing for the day when they will have to use lethal force to keep the population in line.  Just check out the following excerpt from a recent Infowars report…

A document released by the U.S. Army details preparations for “full scale riots” within the United States during which troops may be forced to engage in a “lethal response” to deal with unruly crowds of demonstrators.

The appearance of the document amidst growing unrest in Ferguson, Missouri, with the National Guard now being called in to deal with the disorder, is an ominous coincidence.

The document makes it clear that the techniques detailed therein are to be applied both outside and inside the “continental United States (CONUS)” in the event of “unruly and violent crowds” where it is “necessary to quell riots and restore public order.”

The training manual outlines scenarios under which, “Civil unrest may range from simple, nonviolent protests that address specific issues, to events that turn into full-scale riots.”

So precisely who is the government so concerned about anyway?

If ISIS and other Islamic terror groups are the problem, why train to fight against Americans?

Sadly, the truth is that much of the focus in the “war on terror” has been turned inward during the Obama administration.  Many officials in the federal government now insist that “homegrown terror” is the greatest threat that we face.

And you may be quite surprised to learn who the government considers “potential terrorists” to be.  The following is an extended excerpt from my previous article entitled “72 Types Of Americans That Are Considered “Potential Terrorists” In Official Government Documents“…

Below is a list of 72 types of Americans that are considered to be “extremists” and “potential terrorists” in official U.S. government documents.  To see the original source document for each point, just click on the link.  As you can see, this list covers most of the country…

1. Those that talk about “individual liberties”

2. Those that advocate for states’ rights

3. Those that want “to make the world a better place”

4. “The colonists who sought to free themselves from British rule”

7. Anyone that holds a “political ideology that considers the state to be unnecessary, harmful,or undesirable”

8. Anyone that possesses an “intolerance toward other religions”

9. Those that “take action to fight against the exploitation of the environment and/or animals”

14. “Opposition to equal rights for gays and lesbians”

15. Members of the Family Research Council

16. Members of the American Family Association

17. Those that believe that Mexico, Canada and the United States “are secretly planning to merge into a European Union-like entity that will be known as the ‘North American Union’”

19. Members of the Federation for American Immigration Reform

20. Members of the Tennessee Freedom Coalition

21. Members of the Christian Action Network

22. Anyone that is “opposed to the New World Order”

23. Anyone that is engaged in “conspiracy theorizing”

25. Anyone that is concerned about FEMA camps

26. Anyone that “fears impending gun control or weapons confiscations”

29. Those that “don’t think they should have to pay taxes”

30. Anyone that “complains about bias”

31. Anyone that “believes in government conspiracies to the point of paranoia”

32. Anyone that “is frustrated with mainstream ideologies”

33. Anyone that “visits extremist websites/blogs”

34. Anyone that “establishes website/blog to display extremist views”

35. Anyone that “attends rallies for extremist causes”

36. Anyone that “exhibits extreme religious intolerance”

37. Anyone that “is personally connected with a grievance”

38. Anyone that “suddenly acquires weapons”

39. Anyone that “organizes protests inspired by extremist ideology”

42. Citizens that have “bumper stickers” that are patriotic or anti-U.N.

44. Those that are “fiercely nationalistic (as opposed to universal and international in orientation)”

46. Those that are “suspicious of centralized federal authority”

47. Those that are “reverent of individual liberty”

48. Those that “believe in conspiracy theories”

49. Those that have “a belief that one’s personal and/or national ‘way of life’ is under attack”

50. Those that possess “a belief in the need to be prepared for an attack either by participating in paramilitary preparations and training or survivalism”

51. Those that would “impose strict religious tenets or laws on society (fundamentalists)”

52. Those that would “insert religion into the political sphere”

53. Anyone that would “seek to politicize religion”

54. Those that have “supported political movements for autonomy”

55. Anyone that is “anti-abortion”

56. Anyone that is “anti-Catholic”

60. Those concerned about “illegal immigration”

61. Those that “believe in the right to bear arms”

62. Anyone that is engaged in “ammunition stockpiling”

63. Anyone that exhibits “fear of Communist regimes”

65. Those that are against illegal immigration

66. Those that talk about “the New World Order” in a “derogatory” manner

67. Those that have a negative view of the United Nations

68. Those that are opposed “to the collection of federal income taxes”

70. Those that display the Gadsden Flag (“Don’t Tread On Me”)

71. Those that believe in “end times” prophecies

When government officials speak of the need to crack down on “extremists” and “potential terrorists”, that is a very dangerous thing.

The truth is that they could be talking about you.