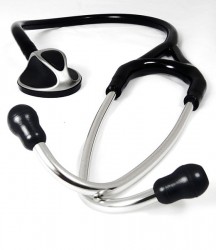 Not that the mainstream media is all of a sudden turning their backs on the financial giants that are pumping billions of dollars into them.  But the truth is that we are starting to see just a little bit more honest reporting about health issues from the mainstream media these days.

The following are 8 conspiracy theories about health that the mainstream media has been forced to admit are actually true….

#1 High Levels Of Fluoride In Our Drinking Water Is Bad – Amazingly, the U.S. federal government has now come out and is lowering the “recommended amount” of fluoride in our drinking water for the first time in 50 years.  Of course it would be great if they just banned fluoride in our drinking water altogether, but for the government to even admit that high levels of fluoride could be a problem is a huge step.  In a recent article on CNN, it was reported that the federal government is now saying that high levels of fluoride in the water has now officially been linked with fluorosis….

#2 Once We Allowed Genetically Modified Crops To Be Used They Would Spread Everywhere – For years, many of us have been trying to warn people that genetically modified crops are incredibly dangerous.  Now, a very prominent newspaper in the UK is admitting that a very specific insecticide that is grown inside of genetically modified corn is rapidly getting into the water of the surrounding environment….

The insecticide is the product of a bacterial gene inserted into GM maize and other cereal crops to protect them against insects such as the European corn borer beetle. Scientists have detected the insecticide in a significant number of streams draining the great corn belt of the American mid-West.

#3 There Are Pharmaceutical Drugs And Cancer Causing Chemicals In Our Drinking Water – Over the past couple of years, the mainstream media has actually begun reporting on all of the nasty things that are now showing up in our water.  For example, do you remember a highly carcinogenic chemical known as “hexavalent chromium” that was made famous by the movie Erin Brockovich?  Well, just a few weeks ago the Washington Post reported that high levels of it has been found in the drinking water of 31 U.S. cities….

An environmental group that analyzed the drinking water in 35 cities across the United States, including Bethesda and Washington, found that most contained hexavalent chromium, a probable carcinogen that was made famous by the film “Erin Brockovich.”

But not only is there hexavalent chromium in our drinking water, the truth is that there are thousands of other chemicals and prescription drugs in our water supply as a Time Magazine article from a few months ago described….

All told, there are about 3,000 prescription pharmaceuticals in use in the U.S. and thousands more over-the-counter drugs, not to mention creams and ointments we smear on and then shower off. “Between cosmetics, pharmaceuticals and other sources,” says John Spatz, commissioner of Chicago’s department of water management, “there are 80,000 potential combinations of chemicals.” It’s impossible to keep our drinking supply safe from a gusher like that.

#4 Cell Phones Are Linked To Cancer – The mainstream media is not quite ready to come out and openly declare that cell phones cause cancer, but at least now they are beginning to report on the results of some very disturbing studies that seem to suggest a link between the two.  For example, just consider the following sentence from one recent CNN article….

#5 Bisphenol -A (BPA) Is Linked To Male Infertility – For years, many “conspiracy theorists” have been yelling and screaming that a chemical known as bisphenol-A that is found in thousands of plastic products is actually really, really bad for us.  Well, now some in the mainstream media are starting to jump on board.  Back in October, one of the largest UK newspapers published an article entitled “Bisphenol-A now linked to male infertility” which made the following unequivocal statement about the dangers of BPA….

Bisphenol-A (BPA), known as the “gender bending” chemical because of its connection to male impotence, has now been shown to decrease sperm mobility and quality.

#6 Prescription Drugs Kill Large Numbers Of Americans Every Single Year – For years, alternative health practitioners and “conspiracy theorists” have been asserting that bad reactions to prescription drugs are one of the leading causes of death in the United States.  Well, the mainstream media is starting to catch up.  A recent Vanity Fair article entitled “Deadly Medicine” began with the following statement….

#7 Aspartame Is Not Good For Our Health – Many mainstream news outlets are beginning to wake up to the fact that the artificial sweetener aspartame may not actually be healthy for us.  This past summer, the Huffington Post (which is usually very “mainstream”) allowed Dr. Joseph Mercola to author an article about aspartame that began with the following absolutely stunning paragraph….

Aspartame is the most controversial food additive in history, and its approval for use in food was the most contested in FDA history. In the end, the artificial sweetener was approved, not on scientific grounds, but rather because of strong political and financial pressure. After all, aspartame was previously listed by the Pentagon as a biochemical warfare agent!

#8 Many Among The Global Elite (Such As Ted Turner) Want To Institute A Global One-Child Policy And Want To Reduce The World Population For The Good Of The Environment – Many Americans have a really, really hard time believing that some of the wealthiest and most powerful men in the world actually want to institute a global one-child policy and are obsessed with reducing the population of the earth.  But sadly, as I have written about previously, this is very, very real.  The following is how one major Canadian newspaper summarized public remarks that Ted Turner recently made about the global population….

Mr. Turner – a long-time advocate of population control – said the environmental stress on the Earth requires radical solutions, suggesting countries should follow China’s lead in instituting a one-child policy to reduce global population over time. He added that fertility rights could be sold so that poor people could profit from their decision not to reproduce.

But hopefully as the alternative media continues to tell the truth about these various health issues it will cause the American public to demand more balanced reporting from the mainstream media.

After all, it is only the health of millions upon millions of Americans that is at stake.  When it comes to matters of life and death, you would think that it would not be too much to ask for a little honest reporting.