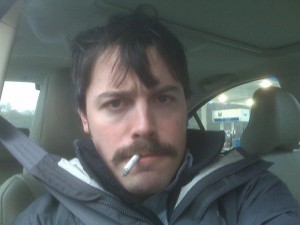 Right now, about the only things that the American people can agree on is that they are angry and that they do not like the direction that this country is headed.  Of course a lot of this is being caused by the economy.  Unemployment is rampant, millions of families have been kicked out of their homes and our country is drowning in debt.  But the economy is not the only cause of what is happening.  There is a growing restlessness in America today.  An increasing number of people feel very empty and very frustrated.  We still have a very high standard of living compared to the rest of the world, and yet there is this growing sense that our country is right on the verge of something really bad.  The very fabric of our society is coming apart at the seams and the thin veneer of civilization that we all take for granted is beginning to disappear.  You can almost feel the fear in the air.

One thing that the federal government has tried to do to keep everything under control is to shovel giant piles of money into the pockets of the American people.  Today, government transfer payments as a percentage of GDP are far higher than they have ever been before in all of U.S. history.  If you doubt this, just check out this chart.  But even with the federal government showering crazy amounts of money on people, anger and frustration in this country continue to grow to unprecedented levels.

This year the American people will be getting back more money from the government than they are paying to the government in taxes.  That is not anywhere close to sustainable, but what would this country look like if welfare payments and government benefits were cut back substantially?

That is a scary thing to think about.

This country is rapidly changing, and not for the better.

The following are 10 signs that the American people are angrier than ever….

#1 According to a brand new Fox News poll, 76 percent of all Americans are “dissatisfied with how things are going in the country”.  At the beginning of this year, that number was only at 61 percent.

#2 Violence in our streets continues to rise and sadly police officers are increasingly becoming targets.  The number of law enforcement officials that have been killed in the United States has increased by 17 percent this year so far.

#3 Some of the crimes that we have seen recently have been absolutely shocking.  Not even elementary schools are safe anymore.  In the New York City area recently, one mother was killed when she tried to shield children from gunfire that erupted just outside of an elementary school.  The following is an excerpt from a Washington Post article about this incident….

Someone with a gun opened fire on a street as students were let out of school Friday afternoon, killing one parent who had tried to shield children from harm and injuring an 11-year-old girl and another parent, police and school officials said.

#4 As the economy crumbles, thieves are becoming bolder and more desperate.  In Indiana, one desperate thief recently ripped off a car dealership by using a crane to lift up a 2008 Jeep Wrangler and load it on to a trailer.

#5 Nothing is too big for thieves to steal these days.  In the San Francisco area, thieves recently took off with a copper bell that weighs 2.7 tons.

#6 Some thieves have become so bold that they will literally steal thousands of animals at a time from ranchers.  All over the United States, livestock is being stolen from ranchers in unprecedented numbers.  The following is from a recent Associated Press article….

#7 Another form of crime that is absolutely skyrocketing is identity theft.  Do you know if your identity is safe?  The following comes from a recent article in The Palm Beach Post….

In the first half of this year, the Federal Trade Commission received more than 20,000 complaints from Floridians whose identities had been stolen — nearly as many as in all of 2010. More than half of those reporting their Social Security numbers or other personal information had been ripped off and used to commit fraud or theft were in South Florida, with heavy concentrations in parts of Fort Lauderdale, Hollywood and Hallandale Beach.

“That kind of increase is really shocking,” said Vance Luce, deputy special agent in charge of the U.S. Secret Service in South Florida, which investigates identity theft and financial crimes. “The fact that it’s on the upturn doesn’t surprise me at all, but that’s pretty alarming.”

#8 Instead of becoming incredibly angry and frustrated, some Americans are simply giving in to depression.  We still have one of the highest standards of living in the entire world, and yet a staggering number of Americans are incredibly depressed.  According to a recent article by Anthony Gucciardi, more than one out of every ten Americans is currently on antidepressants.

#9 Other Americans are freely giving in to all of the anger that is building up inside of them.  The reality is that a lot of Americans are so frustrated right now that even the silliest things will set them off.  For example, one man down in Georgia recently firebombed a Taco Bell because they did not put enough meat in his Chalupa.

#10 But of course one of the clearest signs of rising anger and frustration in America is the Occupy Wall Street movement.  These protests are a precursor to the mass economic riots that are coming to this nation.

Unfortunately, the authorities are not just going to sit by and watch these protests happen.  In fact, they are already clamping down hard in many areas of the nation.  For example, police in Oakland recently used tear gas and rubber bullets to break up the Occupy protest in that city.  When police opened fire, the streets of Oakland literally became a war zone for a few minutes.  You can see shocking videos of the violence here, here and here.

In case you were wondering, rubber bullets are serious business.  You can see pictures of what it looks like after you get hit with a rubber bullet right here.

Sadly, all of this is just a preview of coming attractions.  The economy is going to get a lot worse in the years ahead and all of the craziness and all of the violence is just going to intensify.

It is not going to be a great time to be living in highly congested urban areas.

For dozens more examples of how our society is beginning to crumble all around us, just check out the following articles….

So why doesn’t the government just step in and fix things?

Well, it is because we are drowning in debt.

Collectively, the 50 U.S. states are trillions of dollars in debt at this point.

The U.S. government is so far in debt that it is hard to even put it into perspective.  It is hard for the human mind to even conceive of how much money 15 trillion dollars is.

We basically used up all of our financial ammunition creating a false level of prosperity over the last 30 years.  Now we are too broke to fix our problems.

Decades of really, really bad decisions are starting to catch up with us, and things are going to get progressively worse from here on out.

If you and your family do not have a plan for the tumultuous years ahead, you might want to start coming up with one.