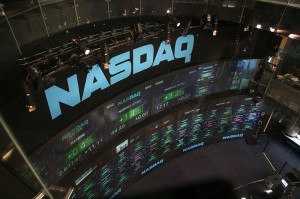 I am a prepper and I LOVE the fact that the stock market is at an all-time high.  In fact, I hope that it keeps going up for as long as possible.  Why?  Because it gives me more time to prepare for the inevitable collapse that is coming.  As I will discuss extensively below, anyone with half a brain should be able to see that a great financial disaster is coming to this nation.  If you still doubt this after reading this article, please go check out The Economic Collapse Blog where I have posted nearly 1000 articles that break this down in excruciating detail.  Unfortunately, a lot of preppers out there are being really, really stupid right now.  Over the past six months, I have noticed a tremendous amount of apathy among the prepper community.  A lot of preppers were doing really well for a while, but now a lot of them have apparently decided that we are no longer in imminent danger of an economic collapse and that instead of preparing it is time to party.  This is a critical mistake.  We should be thankful that this stock market bubble has given us a few more months to prepare.  Sadly, so many people out there are wasting this precious opportunity.

It is almost as if most people have forgotten what happened during the last financial crisis.  2008 may as well be ancient history for most Americans.

None of the underlying problems that plagued the U.S. economy back then have been fixed.

Over the past five years, the six largest banks in the United States (JPMorgan Chase, Bank of America, Citigroup, Wells Fargo, Goldman Sachs and Morgan Stanley) have gotten 37 percent larger.

And those banks continue to become even more reckless with their money and our money.

Right now, there are 4 U.S. banks that each have more than 40 TRILLION dollars worth of total exposure to derivatives…

According to the Bank for International Settlements, the global financial system has a total of 441 TRILLION dollars worth of exposure to interest rate derivatives.

Wall Street has been transformed into the largest and wildest casino the world has ever seen, and at some point all of this reckless gambling is going to end very, very badly.

Meanwhile, the U.S. government and national governments all over the planet continue to indulge in the greatest debt binge in the history of mankind.

As the Telegraph recently discussed, even the Bank for International Settlements is warning that government debt levels are way too high right now.  According to the BIS, total public and private debt levels are now 30 percent higher than they were in 2008…

“This looks like to me like 2007 all over again, but even worse,” said William White, the BIS’s former chief economist, famous for flagging the wild behavior in the debt markets before the global storm hit in 2008.

“All the previous imbalances are still there. Total public and private debt levels are 30pc higher as a share of GDP in the advanced economies than they were then, and we have added a whole new problem with bubbles in emerging markets that are ending in a boom-bust cycle,” said Mr White, now chairman of the OECD’s Economic Development and Review Committee.

Just consider what the United States has done since the last crisis.

We are on pace to more than double the national debt during the Obama years.

In other words, the U.S. government will take on more new debt during the 8 years of Obama than it did under all of the other presidents in U.S. history combined.

Oh yeah, this is going to end really well, isn’t it?

And the warnings are there.  Very smart people that have been consistently right in the past are warning that utter disaster is ahead.  For example, consider what Marc Faber is saying…

Marc Faber, the noted Swiss economist and investor, has voiced his concerns for the U.S. economy numerous times during recent media appearances, stating, “I think somewhere down the line we will have a massive wealth destruction. I would say that well-to-do people may lose up to 50 percent of their total wealth.”

When he was asked what sort of odds he put on a global recession happening, the economist famous for his ominous predictions quickly answered . . . “100 percent.”

Faber’s pessimism is matched by well-respected economist and investor Peter Schiff, the CEO of Euro Pacific Capital. Schiff remarks that the stock market collapse we experienced in 2008 “wasn’t the real crash. The real crash is coming.”

Now is not the time to be apathetic.

The next major wave of the economic collapse will not arrive until the next great financial panic strikes.

Since the stock market is sitting at a brand new all-time high at the moment, that probably means that we have a little bit of time.

Please use that time to prepare.

And is there anyone out there who can honestly say that they are “fully prepared” for what is coming?

I do know a few “extreme preppers” that I would say that about, but personally my wife and I are very thankful that we have more time to make our own personal preparations stronger.

Once upon a time, someone gave me the following piece of advice: “Don’t be stupid.”

And that is the encouragement that I would give the prepper community today.  Just because we haven’t gone off the edge of the cliff financially yet does not mean that everything is okay.  In fact, we are steamrolling toward the edge of the cliff more rapidly than ever.  It would take a miracle of Biblical proportions to keep us from the fate that we are heading for.

So if you are a prepper, don’t be disappointed that the economy has not collapsed yet and certainly do not be apathetic.

Instead, be thankful that you have been given a little bit more time to prepare, because the times that are coming are going to be more horrifying than almost any of us can imagine. 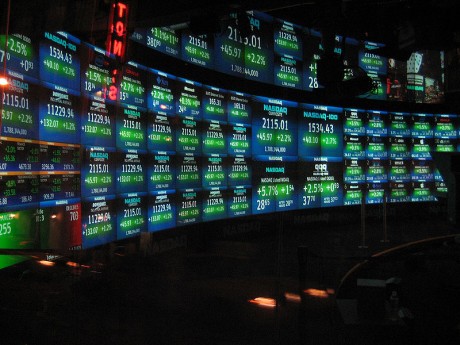