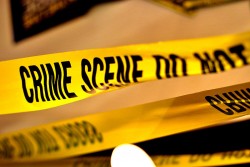 As the U.S. economy falls apart and millions of Americans descend into despair we are seeing some really shocking things start to happen all over America.  The mainstream media keeps telling us that crime is under control, but they are also the ones that keep telling us that we are in the midst of an “economic recovery”.  Unfortunately, the truth is that the economy is slowly dying.  Today, an all-time record 44 million Americans are on food stamps.  That number is 18 million higher than it was just four years ago.  When people can’t get jobs and when people feel deprived they get desperate.  The incidents that you are about to see and read about below are very disturbing.  Many American communities are rapidly turning into war zones.  Sadly, it is mostly young people that are involved in the crimes and the violence that are now sweeping America.

Yesterday, I wrote an article entitled “18 Signs That Life In U.S. Public Schools Is Now Essentially Equivalent To Life In U.S. Prisons“, and there were some readers that objected to the article because they said that the youth of today are so wild that if you don’t use extreme measures they will just be completely out of control.

Sadly, it is true that many of our young people are extremely wild.  But a lot of that is our own fault.  We did not believe in teaching our kids about “morality”, and so now they do not have any.  We did not believe in having the Ten Commandments around, and so now many of our young people feel free to steal and murder.  We allowed television and movies to raise our kids, and now they are acting out what they have been watching all of their lives.

If your community is not a war zone yet, you should consider yourself to be very fortunate.  There are many communities across the United States where people simply do not go out at night anymore.

Wherever large groups of Americans gather these days, big problems often seem to follow.  The following is video that was shot during the recent Memorial Day weekend in Miami Beach….

The following is how activist Herb Sosa described what went down in Miami Beach last weekend….

Please view the attached YouTube video (one of many) already posted for the world to see, about Memorial/Urban Weekend 2011 in Miami Beach. http://youtu.be/cjxxGBJmOqQ

It shows our city as nothing short of a warzone – Filthy streets, a drive by shooting, multiple cars crashed in the process, and total chaos on the streets. This is unacceptable and must be controlled before we totally lose our city, tourism & residents. It is not limited to Ocean Drive or Collins – there isn’t a residential street in South Beach not affected by tons of garbage, crime to our vehicles, excessive noise 24 hours a day, and simply a lack of respect for our community, citizens & property.

But it just wasn’t the Miami area that was transformed into a war zone last weekend.

Let’s take a look at what happened in some other U.S. cities….

–Long Island: “A Long Island police department says it had to call for backup to quell a beach melee involving hundreds of people that spilled out onto the streets and a nearby bus depot.”

–Chicago: “As Chicagoans headed to the beach to celebrate the unseasonably warm Memorial Day, violence erupted throughout the city. Six people were killed and at least 21 people wounded by gunfire Monday afternoon into early Tuesday morning.”

–Myrtle Beach: “Myrtle Beach police received reports of five armed robberies, a stabbing, a shooting and an incident involving a shotgun being pointed at a security guard during a nearly eight-hour period in the city early Sunday and Monday.”

–Rochester, New York: “A busy Memorial Day evening at the beach ended abruptly when fights broke out among at least 100 youth.”

–Boston: “Fights broke out among rival gang members on Carson Beach in South Boston yesterday and spilled out across the city, triggering a massive law enforcement response from at least five agencies to stem the violence.”

–New York City: “A violent Memorial Day weekend around the city left at least seven people dead, including a mother of four whose 2-year-old son was clutching her hand when she was shot.”

Just another holiday in America.

For more examples of the increasing violence we are seeing all across the country, check out this article: “Americans Gone Wild“.

But it isn’t just violence that is increasing.  One very disturbing trend that is on the increase is the number of “mob robberies” that we are seeing around the United States.  Large groups of youths are storming into retail establishments, looting whatever they want, and storming right back out.  The following are a couple of examples…..

For more examples of “mob robbers“, just check out this article: “Mob Robbers And Rampant Looting: Is This The Future Of America?”

The truth is that there are some really good reasons why so many people are looking to move out of urban areas.  America is changing.  We have lost our morality and that has consequences.

In a recent article entitled “Moral Relativism” I discussed some of these consequences….

If America continues on the road that it is on, we are going to see some things happen in this nation in the future that are going to be absolutely unspeakable.

John Adams, the second president of the United States, once made the following statement: “We have no government armed with power capable of contending with human passions unbridled by morality and religion. Avarice, ambition, revenge, or gallantry, would break the strongest cords of our Constitution as a whale goes through a net. Our Constitution was made only for a religious and moral people. It is wholly inadequate for the government of any other.”

Today, we have an incredibly wicked and immoral government that is governing a population that cannot even agree on what “right and wrong” are anymore.

If you don’t live in America, please say a prayer for us – we really need it.