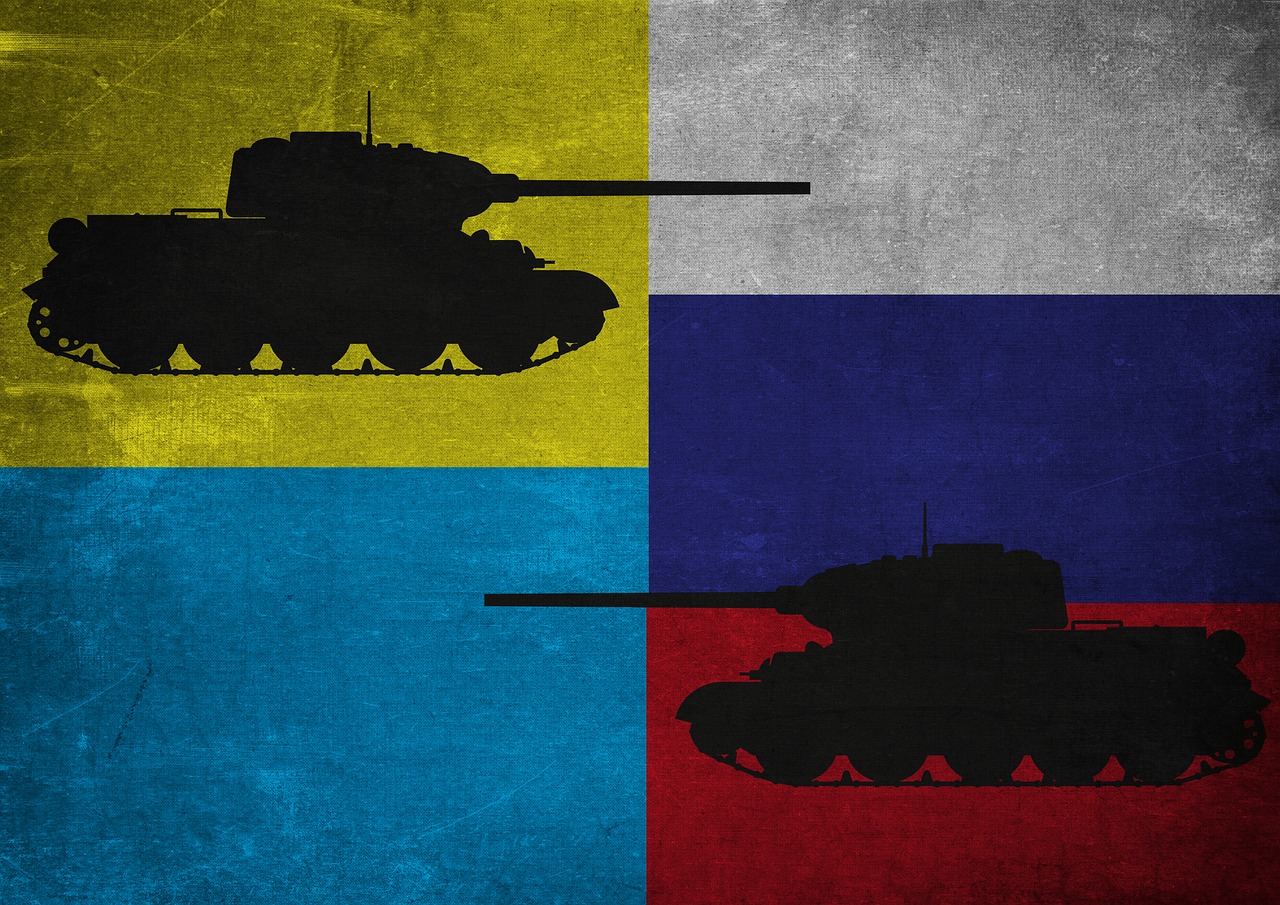 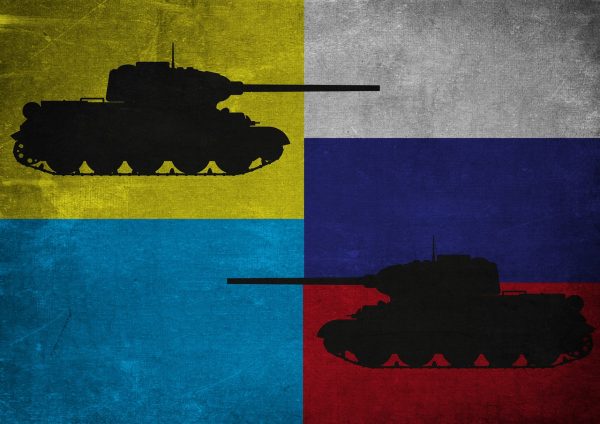 Is the war in Ukraine about to pass the point of no return?  When Russia announced that it would be mobilizing large numbers of troops, a lot of people assumed that those troops would be sent to bolster existing defensive lines.  But it appears that may not be necessary.  The Ukrainian counter-offensives have mostly petered out at this point, and the Russians have even taken some new territory in recent days near Bakhmut.  In order to make the gains that they did in September, the Ukrainians were forced to sacrifice a staggering amount of personnel and vehicles, and now their forces are over-extended and exhausted.

It would actually be a perfect time for the Russians to launch a surprise assault behind the existing battle lines, and that may be exactly what they are planning to do.

In fact, the Russians may actually be planning a lightning strike to take Kiev while most of Ukraine’s forces are occupied on the southern and eastern fronts.

According to the Washington Examiner, Russians troops are being sent to Ukraine’s border with Belarus “by the trainload”…

Russian troops are pouring into Belarus “by the trainload.”

The news comes alongside an announcement from Belarusian President Alexander Lukashenko that Russian troops would return to the country, which neighbors both Russia and Ukraine, in large numbers, according to the Belarusian state news agency Belta. Tens of thousands of Russian troops used Belarus as the staging ground for their initial northern offensive into Ukraine in February but mostly withdrew by late March. Since then, a few hundred Russian troops have stayed behind, mostly air and missile troops that use the close Russian ally as a launching pad for missile strikes into Ukraine, but that now appears to be changing.

So why are so many Russian troops suddenly being sent to Belarus?

Are they going to just sit there and do nothing?

When Russian troops surged toward Kiev during the initial invasion, Belarus was the staging ground.

And if Russia was planning a new larger assault on Kiev now, this is precisely where we would expect to see troops massing.

The president of Belarus, Alexander Lukashenko, has confirmed that large numbers of Russian troops will be coming.

In fact, he reportedly has said that it “won’t be just a thousand troops”…

“This won’t be just a thousand troops,” Lukashenko told his military high command in a recent meeting, announcing the large-scale arrival of Russian troops. “Be ready to receive these people in the near future and place them where necessary, according to our plan,” he said, according to the New York Times.

Despite what the Russians are claiming, there is no threat that the Ukrainians will invade Belarus.

So unless the Russians plan to do something with them, there is absolutely no need to put thousands upon thousands of troops there.

Russia is stocking troops fighting in Ukraine with fuel, with last month’s shipments reaching the highest level since the onset of the invasion.

A report from Bloomberg Wednesday said shipments of diesel, gasoline, and jet fuel touched nearly 220,000 tons in September, sent primarily to the six Russian regions that border Ukraine and the recently annexed Donetsk and Luhansk.

The uptick amounts to an a four-fold increase compared to a year earlier and even surpasses March deliveries. The volume data also includes deliveries sent to four major airports in southwestern Russia.

Why is so much fuel suddenly needed?

If a new invasion was being planned, that would make sense.

We shall see what happens, but it certainly seems like the Russians have something really big up their sleeves.

But even after everything that has already transpired, Russian leaders are indicating that they are still open to peace talks with the United States…

Russian Foreign Minister Sergey Lavrov on Tuesday said that Moscow was open to talks with Western powers as Turkey is looking to broker negotiations.

Lavrov also said that Russia would consider a meeting between Russian President Vladimir Putin and President Biden if one was proposed. “We have repeatedly said that we never refuse meetings. If there is a proposal, then we will consider it,” he said.

A potential venue for talks between Biden and Putin could be the sidelines of the upcoming summit of G20 leaders that will be held in mid-November in Indonesia. But according to Lavrov, Russia has not received any serious proposals from the US to negotiate.

If there is even a slight chance for a peaceful way out of this mess, U.S. officials should be exploring it.

After all, what does it hurt to sit down and talk?

Unfortunately, the State Department was very quick to shoot down any notion that there could be peace talks…

“We see this as posturing. We do not see this as a constructive, legitimate offer to engage in the dialogue and diplomacy that is absolutely necessary to see an end to this brutal war of aggression,” State Department spokesman Ned Price said.

The American people should be absolutely infuriated by this.

Why do they absolutely refuse to sit down and talk with the Russians?

Sadly, it is because they actually want this war.

They truly believe that the Ukrainians are going to win and that a defeat in Ukraine will mean the end of the current Russian regime.

The warmongers in Washington have convinced just about everyone that they have this game of geopolitical chess under control, but the reality of the matter is that we are getting closer to a nuclear war with each passing day.

In fact, Tulsi Gabbard says that the warmongers in the Biden administration are one of the main reasons why she just left the Democratic Party…

Tulsi Gabbard has accused the Biden administration of taking the United States perilously close to nuclear war, condemning the ‘warmongers’ in Washington DC and say they were part of the reason why she quit the Democratic Party.

Once upon a time, the Democratic Party was teeming with anti-war protesters.

But now Democrats are the biggest war cheerleaders of them all.

Thanks to the warmongers in the Biden administration, we are also getting perilously close to wars with China, Iran and North Korea.

Meanwhile, most Americans aren’t paying much attention to any of this because the mainstream media keeps telling them that everything is going to be just fine.

Of course the truth is that everything is most definitely not going to be “just fine”.

In a nuclear war, whoever fires first has the best chance of surviving, and the Russians understand this very well.

Over the past couple of decades, the Russians have spent vast amounts of money to modernize their strategic nuclear arsenal, and they posses the most advanced anti-missile systems in the world by a wide margin.

Meanwhile, Minuteman missiles that went into the service back in the 1970s still form the backbone of our strategic nuclear arsenal, and we have no way to defend against Russian nukes.

We are not holding a strong hand, and if our leaders had any sense they would be trying to find a peaceful way out of this mess.

Unfortunately, they continue to march us toward war, and it appears that most Americans will not wake up until it is far too late.

AOC humiliated at a Town Hall:

"You ran as an outsider yet you voted to start this war in Ukraine. You're voting to start a nuclear war with Russia and China" pic.twitter.com/dSldpyKVLT