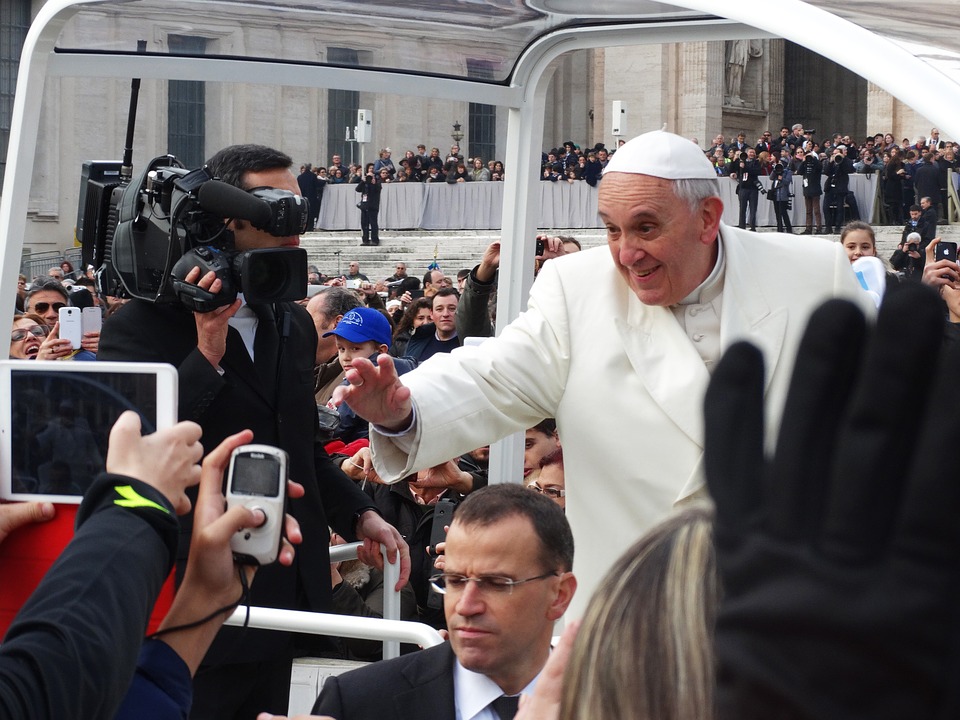 When Pope Francis met with Sheikh Ahmed al-Tayeb on Monday, he told him that “our meeting is the message“.  So precisely what kind of “message” was Pope Francis attempting to convey?  Sheikh Ahmed al-Tayeb is the Grand Imam of Cairo’s Al-Azhar Mosque, and some have described him as “the highest figure in Sunni Islam“.  The Daily Mail said that the meeting between these two men was a “historic bid to reopen dialogue between the two churches”, and as you will see below this is yet another in a long series of attempts by Pope Francis to build bridges between Catholicism and various other faiths.  In the end, what are we to make of all of this?  Could it be possible that Pope Francis is laying the groundwork for the “super world church” and the coming one world religion that David Wilkerson and so many others have warned about?

Pope Francis made sure that when he embraced Sheikh Ahmed al-Tayeb there would be plenty of reporters there to document the moment.  The following is an excerpt from a Daily Mail article entitled “Pope embraces grand imam at historic Vatican meeting in a bid to bring the Catholic and Muslim churches together“…

Pope Francis today embraced the grand imam of Al-Azhar, the prestigious Sunni Muslim center of learning, in an historic bid to reopen dialogue between the two churches.

At a time of increased Islamic extremist attacks on Christians, Sheik Ahmed el-Tayyib was photographed hugging Francis during a visit to the Apostolic Palace at the Vatican.

This meeting comes in the context of some very curious statements that the Pope have been making about Islam and Christianity lately.  If you don’t know what I am talking about, here is one example…

“Today, I don’t think that there is a fear of Islam as such but of ISIS and its war of conquest, which is partly drawn from Islam,” he told French newspaper La Croix. “It is true that the idea of conquest is inherent in the soul of Islam, however, it is also possible to interpret the objective in Matthew’s Gospel, where Jesus sends his disciples to all nations, in terms of the same idea of conquest.”

The Pope also said he “dreaded” hearing about the “Christian roots of Europe” because, to him, they take on “colonialist overtones” and he called on European nations to “integrate” Muslim migrants into the continent.

“This integration is all the more necessary today since, as a result of a selfish search for well-being, Europe is experiencing the grave problem of a declining birth rate,” he stated. “A demographic emptiness is developing.”

On another occasion, the Pope declared that “Christians and Muslims are brothers and sisters“.  Pope Francis seems to have a strong desire to paint Christianity and Islam as two sides of the same coin, and he has taken steps to reach out to Muslims that no other Pope in history has done.  To illustrate this point, I want to share an extended excerpt from one of my previous articles…

Very early in his papacy, he authorized “Islamic prayers and readings from the Quran” at the Vatican for the first time ever. And as I documented in a previous article entitled “In New York, Pope Francis Embraced Chrislam And Laid A Foundation For A One World Religion“, during his visit to St. Patrick’s Cathedral in Manhattan he made it very clear that he believes that Christians and Muslims worship the same God. The following is how he began his address…

There is a very clear pattern developing here.  Pope Francis believes that Christians and Muslims worship the same God, and he wants us to know that he considers Islam to be a perfectly acceptable way to seek God.

If you doubt this in any way, I want you to watch this video which was released by the Vatican in January 2016…

In this video, Pope Francis explains that people all over the world are “seeking God or meeting God in different ways” and that “there is only one certainty that we have for all: we are all children of God”.  At about the 20 second mark, leaders from various major religions are shown declaring what they believe.  First, a female Buddhist announces “I have confidence in the Buddha“.  Secondly, a Jewish rabbi declares “I believe in God“.  Thirdly, a Catholic priest tells us that “I believe in Jesus Christ“, and lastly an Islamic leader is shown saying “I believe in God, Allah“.

If you have not see this video, it is one of the creepiest things that I have ever seen on YouTube.  It has become exceedingly clear that Pope Francis believes that all major religions are completely valid paths to the same God, and there is virtually no uproar over this.

This just shows how late in the game we really are.  The one world religion that was prophesied nearly 2000 years ago in the Book of Revelation is starting to come to life, and we are witnessing the events of the last days begin to unfold right in front of our eyes.