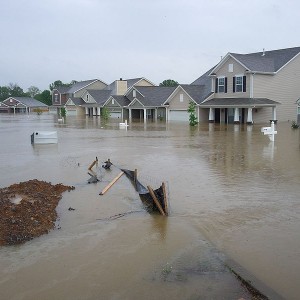 Global weather patterns seem to get stranger and stranger with each passing year.  Almost every day now, the news is telling us about some bizarre weather event that hasn’t happened “in 100 years” going on in some area of the globe.  All over the planet, we are seeing torrential rainfalls, unprecedented flooding, extreme drought, nightmarish wildfires, record setting tornadoes and very unusual blizzards.  Record high temperatures and record low temperatures are set so frequently now that nobody really seems to even notice anymore.  So exactly what in the world is going on here?  Why does our weather seem to be going absolutely crazy?  Perhaps even more important – can we expect our weather patterns to become even more erratic?  Some meteorologists are suggesting that these unusual weather events are just an “anomaly” and that things will get back to normal soon.  But what if they don’t? (Read More...)

Weather patterns are becoming increasingly erratic and the ground under our feet is becoming extremely unstable.  So precisely what in the world is going on here?  Is this the beginning of a trend?  Could it be possible that we are entering the worst period for natural disasters in U.S. history?  The tornado that just hit the town of Moore, Oklahoma is already being called one of the most destructive tornadoes that America has ever seen.  That tornado came almost two years to the day after the deadliest tornado in U.S. history hit Joplin, Missouri.  But of course it is not just tornadoes that seem to be getting more powerful.  Giant sinkholes are appearing at an unprecedented rate,  earthquakes are becoming more frequent and more powerful, 6 of the 10 worst years for wildfires ever recorded in the United States have all come since the year 2000, and the western part of the country is experiencing the worst stretch of drought since the days of the Great Depression.  Is all of this just some sort of a giant coincidence?  If not, what is causing these changes? (Read More...) 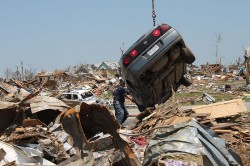 What in the world is happening to America?  In more normal times it would be easy to dismiss Hurricane Irene as an isolated incident, but so far this year we have had some sort of a “major disaster” almost every single month.  In addition to Hurricane Irene, this year we have also had truly unusual earthquakes, unprecedented tornadoes, historic flooding along the Mississippi and Missouri rivers, horrific drought, massive wildfires and a continuous onslaught of nuclear radiation from Fukushima.  Almost every single area of the United States has been affected by at least one of these disasters.  So why is all of this stuff happening to America all of a sudden?  Does anyone have any theories?  Right now we are having a “once in a century” disaster every few weeks, and either we are just extremely “unlucky” or there is a reason why all of this is happening. (Read More...) 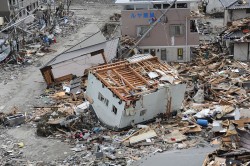