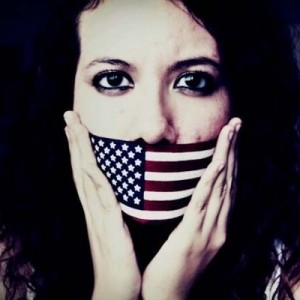 Americans have typically viewed themselves as some of the most “good” and “moral” people on the face of the earth.  But is this actually still true today?  Or have things fundamentally changed?  The truth is that so many of us are so busy trying to make money and chasing after the American Dream that we don’t even realize what is happening to our society.  The reality is that the United States is facing a moral crisis of unprecedented magnitude.  Wickedness and evil are rapidly growing in America, and as much as people don’t want to hear it, no “political solution” is going to work unless the United States finds a way to stop this horrific moral decline as well.  A lot of people out there think that they have “an economic formula” or a “political philosophy” that will “fix” America, but every single one of them is wrong.  Nothing will “fix” America unless the moral and spiritual problems are addressed as well.  Unfortunately, each year things just seem to get even worse.  The following are 25 signs that wickedness and evil are out of control in America….

#25) Many people have moved to places like Montana in an effort to escape the evil that is sweeping across America.  But even Montana is rapidly changing.  One public school system in Montana is considering a comprehensive sex education plan that includes teaching first grade students that people can be sexually attracted to the same gender.  10 year old students would be taught about “various types” of sexual intercourse.

#24) In a sign of just how materialistic our society has become, one new poll found that 61% of all Americans between the ages of 44 and 75 say that running out money is their biggest fear.

#23) U.S. health officials recently announced that approximately 16 percent of all Americans between the ages of 14 and 49 are infected with genital herpes.  Keep in mind that herpes is just one of dozens of sexually-transmitted diseases that are out there.

#22) A bipartisan bill recently introduced in the U.S. Senate would require all U.S. airports to use the new full-body security scanners that can see the details of our naked bodies right through our clothing.

#21) Scientists at Columbia University are warning that the dose of radiation from the new full body security scanners going into airports all over the United States could be up to 20 times higher than originally estimated.  Yet authorities are going to force us to walk through them and get fried with massive doses of radiation anyway.

#20) It was recently reported that 115 girls at just one high school in Chicago either already have a baby or were currently pregnant.

#19) More than 70% of all males in the United States between the ages of 18 and 34 visit at least one pornographic website in a typical month.

#18) One California couple recently attempted to sell their six month old baby for $25 outside a Wal-mart.

#17) Some time ago, a Focus on the Family survey discovered that 47% percent of all American families said that pornography is a problem in their home.

#16) In a world where terrorism is perceived to be the greatest threat, the U.S. government is increasingly feeling the need to watch, track, trace and control virtually everything that we do.

#15) A 10 year old boy was recently named the grand marshal for a gay-pride parade in Fayetteville, Arkansas.

#14) It is estimated that 89 percent of all pornography is produced inside the United States.  About 11 percent is made in the rest of the world.

#13) During a recent television interview with Larry King, former first lady Laura Bush revealed to the world that she is actually very much in favor of legalized gay marriage and a woman’s “right” to abortion.

#12) A 6-year-old girl was recently handcuffed and sent to a mental facility after throwing temper tantrums at her elementary school.  Back in the old days she would just be sent to the principal’s office.

#10) Students at a New Haven, Connecticut high school will not be graduating “in the year of our Lord” this year or in any future years, according to the superintendent of schools.  The school district has removed the traditional phrase from high school diplomas after someone complained.

#9) At the biennial General Assembly of the Presbyterian Church USA, delegates approved a measure that would allow the ordination of openly gay or lesbian clergy.

#8) One North Carolina pastor is demanding an apology from lawmakers in his state after he was dismissed from his chaplain duties for praying in Jesus’ name.

#7) Recently, the opening prayer at the opening session of the Virginia General Assembly was delivered by a radical imam.  Apparently there was no problem with him praying to the god of Islam.

#6) Two Christians were recently arrested for sharing the gospel and singing Christian hymns on a public sidewalk outside an Islamic mosque in Philadelphia.

#5) The U.S. government continues to waste money on truly bizarre research studies that have no apparent value.  In recent years the U.S. government has spent $2.6 million tax dollars to study the drinking habits of Chinese prostitutes and has spent $400,000 tax dollars to pay researchers to cruise six bars in Buenos Aires, Argentina to find out why gay men engage in risky sexual behavior when drunk.

#4) The FDA has announced that the offspring of cloned animals could be in our food supply right now and that there is nothing that they can do about it.  Yet the same FDA conducts military-style raids on Amish farmers for selling unauthorized organic milk.

#3) One Roman Catholic priest in Connecticut has been arrested and charged with stealing $1.3 million in church money over seven years to use for male escorts, expensive clothing and luxury hotels and restaurants.  Unfortunately, there are dozens upon dozens more examples of religious leaders throughout the United States betraying their congregations in similar ways.

#2) A while back, one survey found that 25 percent of American employees that have Internet access visit pornographic websites while they are at work.  What does it say about us when we can’t even wait to get home to engage in such wickedness?

#1) Perhaps the most horrible wickedness that we have committed has been against the most helpless and the most innocent members of our society.  Since Roe v. Wade in 1973, more than 50 million babies have been slaughtered in abortion facilities across the United States.

So how can anyone still refer to the United States as a “good” nation when all of this is going on?