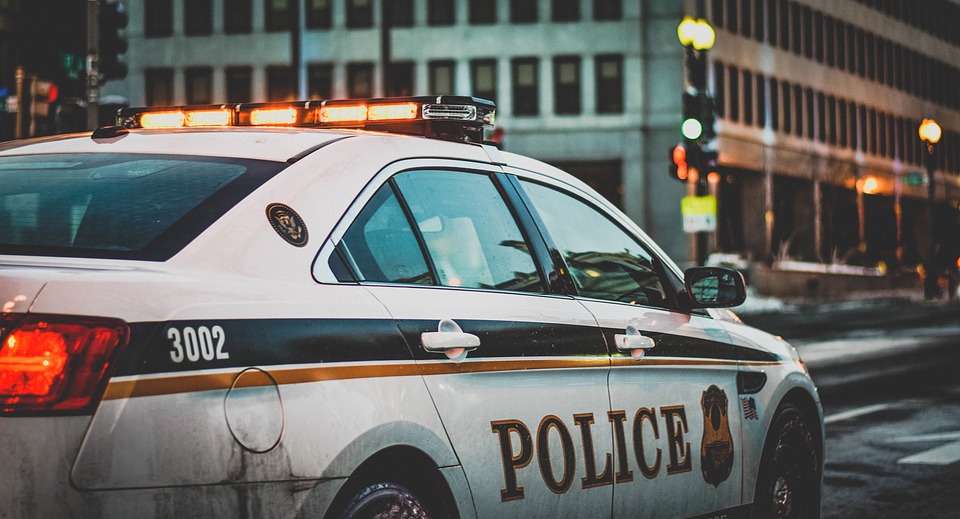 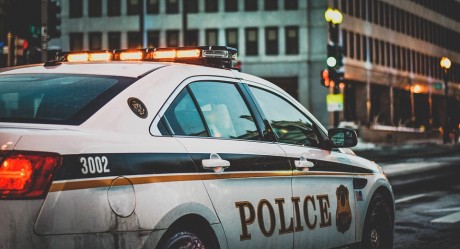 The innocent police officers that are being brutally attacked during this “summer of chaos” are real people with real hopes and real dreams.  Just like you and I, they want to work hard, raise their families and make this country a better place.  But now many of them have had their dreams for the future absolutely shattered by mindless violence.  After the massacre that we just witnessed in Dallas, I can’t imagine how anyone could possibly think that it would be a good idea to drop a concrete block on the head of a police officer.  What in the world would cause someone to sink that low?  Sadly, that is precisely what happened over the weekend in St. Paul, Minnesota, and now that police officer is suffering from a fractured spine…

Authorities say during the course of the protests on 94 and later, on Grand and Dale, 21 officers from multiple agencies suffered injuries. The injuries were primarily caused by fireworks, rocks, bricks, glass bottles and chunks of concrete that were directed at officers, some hitting them in the head. St. Paul Police said someone threw a Molotov cocktail at officers, as well.

On Sunday evening, St. Paul Police learned one of the officers injured last night had a large concrete block dropped on his head. That officer is now suffering from a spinal fracture.

I happen to agree that police brutality in America is way out of control.  This is something that I have been writing about for years.  When it comes to law enforcement in this country, we need a complete and total cultural shift.

But dropping a concrete block on a man’s head is not going to solve anything.  Now that man could potentially be crippled for life, and his entire family is going to suffer deeply.

What would cause a person to do such a thing?  Sadly, we don’t have to search far for an answer.  We have taken God out of our homes, our schools, our businesses, our news, our entertainment and our government, and instead our young people are being constantly fed messages that are filled with anger, frustration, division, bitterness, resentment and hatred.

Now we are watching the fruit of these decisions, and everyone seems so shocked.

It was an agenda of hate that had been deeply internalized that drove 25-year-old former Army reservist Micah Johnson to start gunning down police officers in Dallas, Texas just a couple of days ago.

But the people that he was gunning down did not deserve to be shot.  In fact, we are learning some remarkable things about these particular officers.  For example, officer Lorne Ahrens actually bought dinner for a homeless man the day before he was ruthlessly murdered…

There was a lot of Lorne Ahrens to love.

His size — 6-foot-5, 300 pounds —could intimidate, but his character was kindness.

The day before Ahrens, 48, was killed, he bought a homeless man dinner and encouraged fellow officers to greet the man, Jorge Barrientos, another Dallas police officer who was wounded, told the Dallas Morning News.

Ahrens volunteered, in uniform, at the school his 8-year-old and 10-year-old attended, said his mother-in-law, Karen Buckingham.

Patrick Zamarripa had an urge to serve — first in the Navy, where his family said he did three tours in Iraq, then back home in Texas as a Dallas police officer.

“He went over there (to Iraq) and didn’t get hurt at all, and he comes back to the states and gets killed,” his father, Rick Zamarripa, told The Associated Press by phone Friday.

Unfortunately, this is the kind of thing that starts happening when a nation becomes lawless.  When people lose faith that the system will provide them with justice, then they start taking the law into their own hands.

But when the rule of law breaks down, things rapidly revert to the law of the jungle.  Karl Denninger put this very well in one of his recent articles…

Let me start with this: Why do drug dealers shoot each other on street corners?

Answer: Joe the drug dealer cannot call the cops and tell them that Jack the drug dealer ripped him off and sold him a bag of oregano instead of weed.  Joe also can’t sue Jack.  Thus, when the threshold of his tolerance is crossed Joe has only the use of direct force available to him because he has no recourse to the law to settle his dispute with Jack.

The FIRST foundation of civil society is The Rule of Law.  Without it there is literally nothing other than the Law of the Jungle, commonly known as “he who has the biggest teeth (or the most guns) and is willing to use them first wins.”

As a society, we desperately need to find leaders that will begin the painful process of restoring faith in our deeply, deeply broken system.

And as a society, we desperately need to learn how to start loving one another no matter what we look like and no matter where we are from.

If we do not learn how to love one another, our country will surely die.  And no, I am not being overly dramatic when I say that.

Unfortunately, I believe that what we have seen so far is probably just the tip of the iceberg, and our government apparently feels the same way that I do.  The following comes from Martin Armstrong…

The Federal government is arming every agency from the IRS to the State Department for domestic purposes. This is clearly a response to what they know is coming. There is no question that they are preparing for an uprising. They know that socialism is collapsing. Rather than reform the political economy, they are digging in their heels and getting ready to fight the civilian population. Many are starting to investigate this very unusual trend. This is very alarming. They are watching Europe and know any trend that starts there, always come here — not just fashion.

We all need to start praying a lot more than we have been, and one of the things that we should be praying for is peace in our nation.

We are getting very close to a “tipping point” after which events could potentially spiral completely out of control.

This cycle of violence is going to be very hard to stop, but it must be broken.

The alternative is to continue on the path that we are currently on, and that is almost too horrible to contemplate.