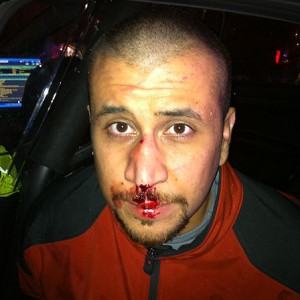 Should we take the thousands of people that are threatening to riot if George Zimmerman is found not guilty seriously?  After all, people make idle threats online all the time.  Sometimes people say things on Twitter or on Facebook that they don’t actually mean and would never actually do in real life.  And of course not everyone that is threatening to commit violence if George Zimmerman gets off will actually go out into the streets and start smashing things.  But without a doubt, it is quite alarming to have thousands upon thousands of supporters of Trayvon Martin publicly declaring that they are going to violently lash out if the verdict does not go their way.  In fact, things are so tense that police in Sanford, Florida are actually going door-to-door right now in an attempt to cool things down.  They remember what happened more than 20 years ago when a jury acquitted LAPD cops in the Rodney King case.  Nobody should want to ever see a repeat of that.

This notion that he must be found guilty “for the good of society” is complete and utter nonsense.  If we start allowing public opinion and threats of violence to determine the outcome of court cases, our legal system will lose all remaining credibility.

And honestly, right now the case is not going very well for the prosecution at all.  It appears that there is a really good chance that George Zimmerman will be acquitted.

Hopefully the American people will accept whatever verdict is reached.  If he is found not guilty, it should not be interpreted as an insult to one particular race of people.  We are all Americans, and we need to start considering ourselves to be one people.

Unfortunately, racial tensions in this country are extremely high right now, and many are warning that if George Zimmerman is found not guilty that it will unleash a wave of rioting unlike anything that we have seen in decades.  The following is from a recent article by Paul Joseph Watson…

“I fully expect organized race rioting to begin in every major city to dwarf the Rodney King and the Martin Luther King riots of past decades.” warned licensed private detective and former Chicago police officer Paul Huebl, advising people to “be prepared to evacuate or put up a fight to win. You will need firearms, fire suppression equipment along with lots of food and water.”

Columnist and former senior presidential advisor Pat Buchanan cautioned last month that, “The public mind has been so poisoned that an acquittal of George Zimmerman could ignite a reaction similar to that, 20 years ago, when the Simi Valley jury acquitted the LAPD cops in the Rodney King beating case.”

But authorities are definitely concerned.  In fact, police are actually going door-to-door in Sanford, Florida in an attempt to keep everyone calm…

Cops are going door-to-door in an American city again, only this time at least they are knocking on doors instead of knocking them down.

The most recent example of a police-state presence is developing even now in Sanford, Fla., where neighborhood-watch participant George Zimmerman is on trial for murder for the death of teenager Trayvon Martin.

While the media has portrayed Zimmerman as white, he actually has a Hispanic heritage, and Martin was black.

Police say they fear the backlash from the community which could develop at the point the jury verdict is delivered. Los Angeles had days of rioting when the Rodney King verdict came down.

“Our worst fear is that we’d have people from outside the community coming in and stirring up … violence,” he said.

But if Zimmerman is found not guilty, Sanford will not be the only community that could potentially see rioting.

The truth is that we could potentially see violence nationwide, and the mainstream media is at least partially to blame.

They have sensationalized this case and have stoked racial tensions for months and months.  They have turned this case into a giant media spectacle, and so now this verdict is going to be one of the most anticipated in U.S. history.

If the verdict does not go the way that the media and the supporters of Trayvon Martin want it to go, what is going to happen?

I think that we can get some clues by reading what people are saying on Twitter.  The following are some examples I found that have relatively clean language.  Many of the other examples I found were even more violent.  The threats that some of the supporters of Trayvon Martin are making are absolutely chilling…

I say we riot if Zimmerman goes free

If Zimmerman gets off somebody is going to kill him

Zimmerman is better off in jail .. If he gets off he'll get murked lease then 24 hours of his release

I'll go on record and say this…If Zimmerman gets off Black folks will react, and please understand, it won't be pretty…

If Zimmerman ain't found guilty prepare for another LA riot!

R.I.P George Zimmerman cuz if he gets off he's a deadman 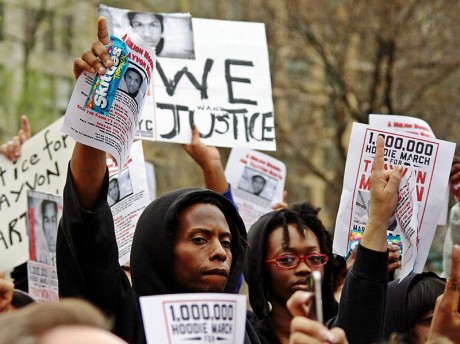