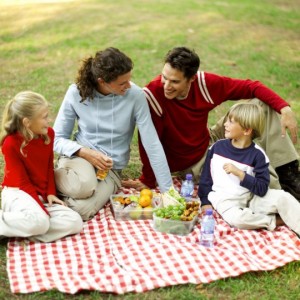 A rapidly increasing number of American families are finding it really, really hard to make ends meet each month.  The price of food, gas, health insurance and other basic necessities has continued to escalate, but wages have not followed suit.  So more Americans are finding themselves squeezed financially at the end of every month.  Instead of having extra money with which to enjoy the American Dream, millions of families are now experiencing the American Nightmare of working too hard but never having quite enough.  But what can be done?  Certainly we can all cut back on unnecessary expenditures, but there are some expenses that just cannot be eliminated entirely.  We all have to eat, we all have to drive to work and we all have to pay the rent.  In fact, it is very hard to imagine any American family making it on less than $50,000 a year.  Of course millions of American families are making it on far less than that,  but it isn’t easy.  The truth is that $50,000 doesn’t go nearly as far as it used to.

To demonstrate this, let’s do a little exercise.  Let’s set up a monthly budget for an average American family of four.  Both parents work either in or near a big U.S. city, so they both need cars.  In our scenario the children do not go to private school, they don’t have their own cars and they don’t have cell phones.  We will give them $4000 to make it through the month ($50,000 a year comes out to about $4000 a month) and we won’t factor in expenses that don’t happen every single month such as automobile repairs, appliance replacements, property taxes, registration and license renewals, etc.  We are also going to assume that our family does not have any credit cards.

Let’s break it down….

In rural areas this expense could be quite a bit less, but in our scenario the family lives in or near a big U.S. city (where most of the jobs are) and so $1000 a month is a very conservative number for rent or for a mortgage payment.  In fact, in most of the largest U.S. cities this number is completely unrealistic, but let us assume that they can find a little house to squeeze into for $1000 a month.

Our family can certainly turn down the heat and not run the air conditioning, but utility expenses are still going to be there.  $300 a month is a fairly conservative number for a small house – especially if the house is located in a colder climate.

Some families have cell phone bills that run into the hundreds of dollars each month.  But not our family.  For our purposes, we will assume that our family has basic phone service, basic Internet service and basic television service totalling approximately $100 a month.

The vast majority of people graduating from college these days have student loan debt.  We’ll assume that our family only has to make a very modest student loan payment each month.

Both parents work, so they both need a car to get to work.  We’ll assume that they both purchased used cars to save money and so the monthly payments on both vehicles are not too bad.

They can’t drive the vehicles without auto insurance, and so we will assume that they both have good driving records and that the insurance premiums are fairly reasonable.  If either of their two children drive this expense will be much, much higher.

Let’s assume that our family of four is generally in good health and is living in a state where health insurance premiums are not wildly out of control.  $400 a month seems about right.

This breaks down to $50 for food and toiletries per person every week.  That is actually not a lot when you think about it.  But we’ll assume that our family is fairly economical and looks for ways to cut grocery costs.

With gas hovering around $3.00 a gallon, assuming that our family will only spend about 50 bucks a week on gas may be a bit of a stretch.  But let’s give them the benefit of the doubt.

So, after adding up all of the expenses, our hypothetical family has spent $3500 of the $4000 they have earned for the month.  That is before they have spent anything on clothes, entertainment, charitable giving or anything else.

But wait, our family has not paid any taxes yet.

So that would only leave them with $3000 to make it through the month.

Oops!  It looks like they didn’t make ends meet after all.

So what do you think of this budget?

Are the assumptions reasonable?

Is it possible for an average American family of four to make it on $50,000 a year?