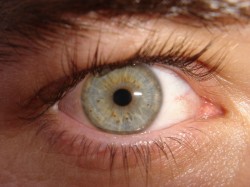 According to CNBC, the Federal Reserve “is planning on monitoring what you say about it on social media platforms like Twitter and Facebook”.  Apparently we are not supposed to be alarmed though, because as the CNBC headline states, the Federal Reserve just “wants to be your Facebook friend“.  In fact, the CNBC article says that anyone that feels threatened by the fact that the Federal Reserve will be monitoring what we say on Facebook and Twitter is just “paranoid“.  Well, if it came out that Barack Obama was setting up a system that would identify “key bloggers” and monitor “billions of conversations” on the Internet to see what was being said about him, wouldn’t there be thousands of articles expressing outrage?  Sure there would be.  The Federal Reserve is supposed to be an independent central bank that is above politics.  So why in the world would they need to perform “sentiment analysis” on what is being said about them on “Facebook, Twitter, Blogs, Forums and YouTube“?  The Federal Reserve obviously intends to identify the negative things that are being said about it and the specific people that are saying those things.  So is it really being “paranoid” to point out that all of this is more than a little bit creepy?

The other day, this story about the new “Social Media Monitoring Solution” that is being developed by the Federal Reserve was first broken by Zero Hedge.  Then I wrote about this story on The Economic Collapse and a lot of other bloggers started writing about it too.

Well, it turns out that somebody must have hit a nerve or something. Just check out what CNBC had to say today….

Although the Fed claims its move into the social realm is so that it may better monitor its public perception, some of the paranoids of the blogosphere are screaming Big Brother.

“Said otherwise, the Fed has just entered the counterespionage era and will be monitoring everything written about it anywhere in the world,” Zero Hedge writes.

So should I be honored that a CNBC story is quoting me or should I be horrified that they are calling me one of “the paranoids of the blogosphere”?

Look, it is not unusual for a large company to be involved in “data mining” operations.  Data mining has become a billion dollar business.

But for the Federal Reserve to be so paranoid that it feels like it must monitor everything that is being said about it on Facebook, Twitter, forums and blogs is more than a little creepy.

Is it really irrational to question why our “independent central bank” wants to spy on what we are saying online?

Look, nobody can stop the Federal Reserve from tracking what all of us are saying about it on the Internet.  It is perfectly legal for them to do.  But it definitely does smell like something that “Big Brother” would do.

If the Fed wanted to “poke” me on Facebook or send me a few “tweets” on Twitter that would be fine, but all of this “eye in the sky” stuff is just ridiculous.

Someone needs to tell the Federal Reserve that if it has a “public relations problem” it is not because of a few half-crazed bloggers.

Millions of Americans really did get upset when the giant financial bubbles caused by reckless Fed policies resulted in the largest financial calamity since the Great depression.

Millions of Americans really did get upset when Ben Bernanke promised us over and over and over in 2005, 2006 and 2007 that everything was going to be okay and then the U.S. economy plunged into a horrific recession anyway.

Millions of Americans really did get upset when they learned that the Fed made trillions of dollars of secret loans to their friends during the last financial crisis.

The truth is that the Federal Reserve system is fundamentally flawed.

It is a perpetual debt machine that was designed to enslave the United States government to a mountain of debt that never stops expanding.

Right now, the U.S. national debt is more than 4700 times larger than it was when the Federal Reserve was created back in 1913.

So should we be thankful to the Fed for that?

But instead of engaging us in rational debate, the Fed apparently wants to chill our free speech by letting us know that we are being watched.

This is part of a disturbing trend that is rapidly growing in America.  Those in power want us to know that they are watching us so that we will not be so eager to speak out.

For example, a new website known as “Attack Watch” has been launched that will be gathering information on those that say “negative” things about Barack Obama on the Internet.

But sadly, it is not just those in power that are seeking to chill free speech.  Right now we are a nation that is deeply divided.  Everywhere you look, someone is engaged in political intimidation.  Some of the things that liberals say that they want to do to Tea Party activists are obscene enough to make a sailor blush.  Some conservatives say hateful things about Barack Obama and other top Democrats that are absolutely embarrassing.

And if you think things are bad right now, just wait until we get closer to the 2012 election.  The hatred is going to grow to levels that we have never even seen before.

But this is the way that the elite like it.  They like us frothing at the mouth and totally engaged in the false left/right paradigm.

Meanwhile, our real problems go unsolved and the elite continue to strengthen their hold on this country.

Please wake up.  There are only minor differences between most Democrats and most Republicans.  Nearly every single one of them deserves to be voted out of office.

We need to speak up even louder and let the American people know that there are other choices.

They don’t have to be stuck with having to choose between the lesser of two evils.

We need fundamental political and economic change in America, and we are not going to get that from either the Republicans or the Democrats.

We desperately need for this country to fall in love with the U.S. Constitution again and to return this nation to the principles that is was founded upon.

America is literally being run into the ground by “establishment Democrats”, by “establishment Republicans” and by the Federal Reserve.  Our current leadership has us on a path that will only lead to disaster.

Is this really the way that our story is going to end?

Or is America going to wake up and demand something better?

It is up to you America.