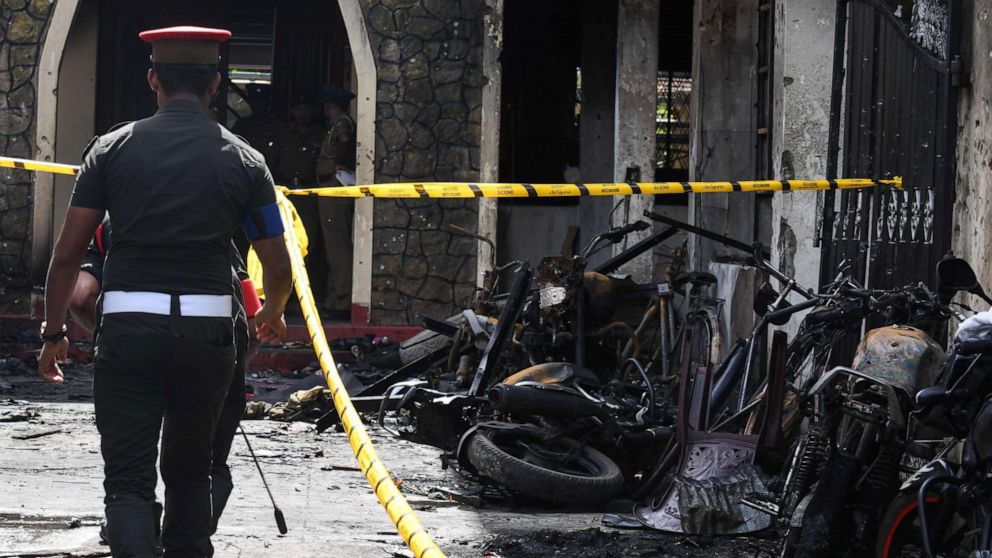 The bombings in Sri Lanka have once again put a spotlight on the rising tide of violence against Christians all over the world.  According to Open Doors USA, an average of 105 churches and/or Christian buildings are burned or attacked every month.  That is more than three per day, and almost all of those attacks get ignored by the mainstream media in the western world.  In addition, an average of 345 Christians are killed for faith-related reasons every single month.  Of course these numbers will soon be out of date, because violence against Christians continues to escalate all over the globe, and the horrifying attacks that we just witnessed in Sri Lanka are a perfect example.  The following comes from CBS News…

A series of eight bombings in Sri Lanka targeting Christian churches and hotels in three cities killed at least 207 people and wounded up to 450 others on Easter Sunday. Defense Minister Ruwan Wijewardene described the coordinated blasts as a terrorist attack by religious extremists.

Why does the mainstream media have to be so politically-correct all the time?

Of course this comes right on the heels of the fire that almost destroyed the Notre Dame Cathedral.  Authorities are still attempting to determine the cause of that fire, but we do know that many other churches have been hit by vandals and arsonists in France since the beginning of February…

Vandals and arsonists have targeted French churches in a wave of attacks that has lasted nearly two months.

More than 10 churches have been hit since the beginning of February, with some set on fire while others were severely desecrated or damaged.

In an apparent attempt to copy what happened at Notre Dame, a deranged philosophy professor was caught bringing gas cans and lighter fluid to St. Patrick’s Cathedral in New York…

Marc Lamparello, 37, was arrested on Wednesday night and was charged with attempted arson and reckless endangerment. He was taken into custody after a security guard at the cathedral on Fifth Avenue in Manhattan spotted him.

Fortunately a great tragedy was averted in that case, but most churches around the world are very “soft targets” with absolutely no security whatsoever.

And these days, there is literally nowhere that is safe.  Attacks on churches are happening literally all over the globe, and sometimes they happen right in the middle of a worship service.

For instance, here is an example from the Philippines that recently made worldwide headlines…

Two suicide attackers detonate two bombs during a Mass in a Roman Catholic cathedral on the largely Muslim island of Jolo in the southern Philippines, killing 23 and wounding about 100 others.

Earlier this year in India, a group of Christians was absolutely horrified when they arrived for worship only to find that their church had burned completely to the ground…

Christians were horrified to see Pentecostal Church in India’s Telangana state completely engulfed by black smoke when they arrived for worship. On closer inspection much of the inside of the church, including furniture, the pulpit, the sound system, fans, carpets, and lights, were burned to ashes during the attack on February 2 at about 11am. The devastating attack on the church, home to 200 worshippers, has left Christians from ten villages without a place to worship.

By a very wide margin, churches are the number one target for hate attacks, and it is only going to get worse.

Sadly, churches in the U.S. are increasingly being attacked as well.  You may not have heard about it in the news, but three churches in Louisiana were recently destroyed by arson…

Much of Monica Harris’s identity is tied to the Greater Union Baptist Church, a 129-year-old sanctuary that has been at the center of her family for generations. As a child, she was dunked into a baptismal basin and then paraded like a princess up the aisle in a white dress and white patent leather shoes. She was married at the church, and she said goodbye to her parents there, too.

And so she felt like a piece of her was missing when she set eyes upon the charred remains of Greater Union, one of three predominantly black churches in St. Landry Parish, La., that law enforcement authorities said were set ablaze and destroyed over the stretch of 10 days.

In previous articles, I have argued that all churches are going to need armed security from this point forward.  The world has changed, and we need to change with it.

When I was growing up, I never imagined that someone might come in to my church and start shooting, but over the last several decades we have seen such a scenario play out numerous times.  Just check out this list of fatal church shootings that have happened since Columbine…

Christian persecution is on the rise all over the world, and it is likely to intensify greatly in the years ahead.

But of course most of the time the mainstream media attempts to ignore this growing trend as much as possible.  When there are spectacular attacks with large numbers of deaths like we just witnessed in Sri Lanka they will cover the story, but other than that they try very hard to avoid any stories that would put Christians in a sympathetic light.

They can try to ignore what is happening all they want, but it doesn’t change the fact that hatred for the Christian faith is growing, and what we have been witnessing in recent weeks is just the beginning.