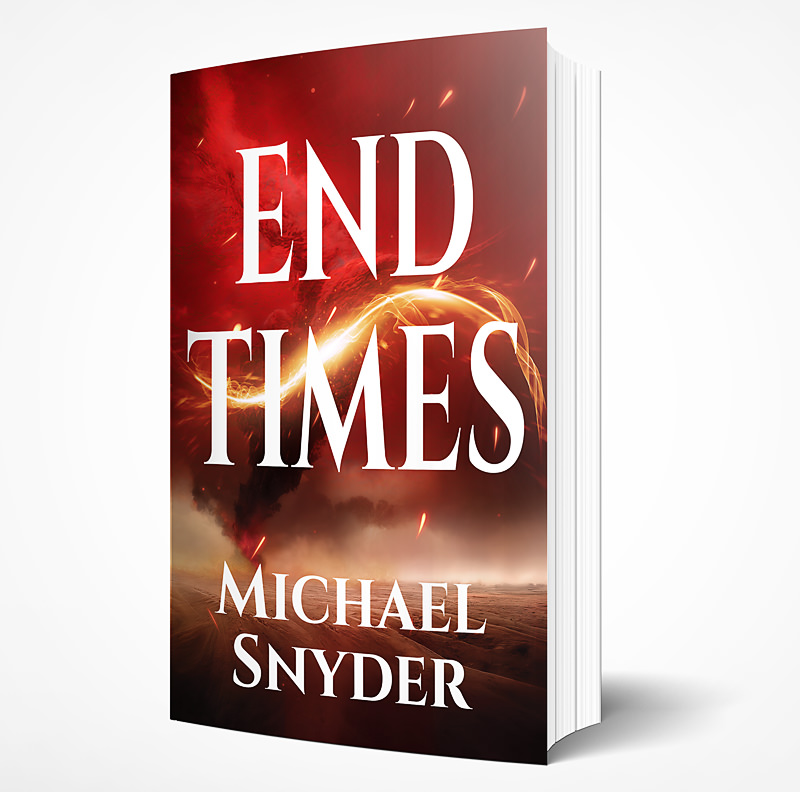 Are we living in the days just before the return of Jesus Christ to this planet?  Right now, there is a tremendous amount of chatter about the “end times” all over the Internet.  So many really crazy things are starting to happen all over the world, and many people correctly recognize that we were specifically warned that a lot of these crazy things would happen in the last days.  For example, in Matthew 24 Jesus specifically told us that there would be “wars and rumours of wars”, “famines” and “pestilences” just prior to His return.  As global events continue to spiral out of control, speculation that prophetic events described in the Bible are happening will only intensify even more.

Of course there are plenty of skeptics out there.  In particular, there have been quite a few articles in the mainstream media lately that portray Christians that believe that we are living in the “end times” as a bunch of nuts.

But even though they think that such Christians are crazy, mainstream pundits openly admit that there are lots and lots of people out there that are interested in learning what the Bible has to say about the “end times”.  The following comes from a Slate article entitled “Why Growing Parts of the Christian Right Are Convinced It’s the Apocalypse”…

If you peruse the list of recent releases in Christian publishing, you’ll get the sense that “the end times” are upon us. This summer saw the release of survival guides, books about current events, and prayer manuals all oriented around a rapture, a second coming of Christ, or an otherwise cataclysmic event at the hands of God. (Subtitles included 12 Megaclues That Jesus’ Return Is Nearer Than Ever; An End Times Guide to Survival; Do Current Events Point to the Antichrist and His Worldwide Empire?; and Prayer Strategies That Unlock the End-Time Armory of God.)

According to Publishers Weekly, this spate of end-times books is being printed to meet demand. It’s what the readers want. (At least some of them; editors at the imprint Harvest Prophecy, which was founded last year, told Publishers Weekly they had seen “a strong surge of interest because there is so much happening in today’s world that parallels End-Times signs given in the Bible.”)

And survey after survey has shown that a surprisingly high percentage of the U.S. population actually believes that Jesus will come back in the relatively near future.

For instance, a survey that was conducted by the Pew Research Center discovered that 41 percent of all Americans believe that Jesus will “definitely” or “probably” return by the year 2050…

By the year 2050, 41% of Americans believe that Jesus Christ definitely (23%) or probably (18%) will have returned to earth. However, a 46%-plurality of the public does not believe Christ will return during the next 40 years. Fully 58% of white evangelical Christians say Christ will return to earth in this period, by far the highest percentage in any religious group. Only about a third of Catholics (32%) and even fewer white mainline Protestants (27%) predict Christ’s return to earth by 2050. One-in-five religiously unaffiliated Americans also see Christ returning during the next four decades.

Many pastors appear to believe that Jesus is coming back soon too.

In fact, a LifeWay survey found that a whopping 56 percent of them “expect Jesus to return in my lifetime”…

According to LifeWay, nearly nine out of 10 pastors see at least some current events “matching those Jesus said would occur shortly before He returns to Earth.”

But even though so many of us believe that Jesus is coming back soon, there is so much confusion about what the Bible actually has to say about the “end times”.

I believe that shouldn’t be the case.

What the Bible has to say about most of the major issues related to return of Jesus is actually very clear, and my hope is that my new book entitled “End Times” will clear a lot of the confusion up.

It is so important for all of us to understand the times that we are living in, because God put us here for a reason.

He could have placed us at any time throughout human history, but He deliberately chose to put us at this specific moment.

And God has a specific role for you to play in this drama.

But if you don’t realize what He is trying to do, you could potentially miss out on fulfilling your destiny.

You were born for such a time as this, and my hope is that reading “End Times” will get you extremely excited about God’s purpose for your life in this hour.

Yes, the years ahead are going to be incredibly challenging.

But they can also be the greatest years of your life if you fully embrace what God is trying to do through you.

I have never packed more information into a book.  There are 43 chapters in “End Times”, and it is a much thicker book than the last several that I have put out.

After reading this book, you will have no doubts that we are living in the end times.

I would also encourage you to give this book to family, friends, neighbors and anyone else that you want to wake up.

From this point forward, Bible prophecy will be the number one tool that we have to turn people to Jesus.

Once people realize that many of the things that are happening in the headlines today were foretold in the Scriptures, everything changes.

So please help me get “End Times” into the hands of as many of our fellow citizens as possible.

I also plan to start doing a lot more interviews again.  I want to do whatever I can to help get the end times warning message out.

I believe that we are on the verge of the greatest move of God and the greatest harvest of souls in all of human history.

I want to be part of that.

We are the Book of Revelation generation, and we get the privilege of preparing the way for the return of our Lord and Savior Jesus Christ.

There is no other time in all of human history that I would have rather lived than right now.

If what I am sharing is resonating with your heart, then I encourage you to help me get this message out.

There has never been a time like this before, and there will never be a time like it again.

Our world is about to go through immensely painful years, but it is when times are the darkest that the greatest heroes are needed.

And you can be one of those heroes if you understand what God is trying to do and you fully embrace it.

The “end times” are here, and nothing will ever be the same again.

So rise up and become the person that God created you to be, because now is the time for the people of God to move forward in victory.